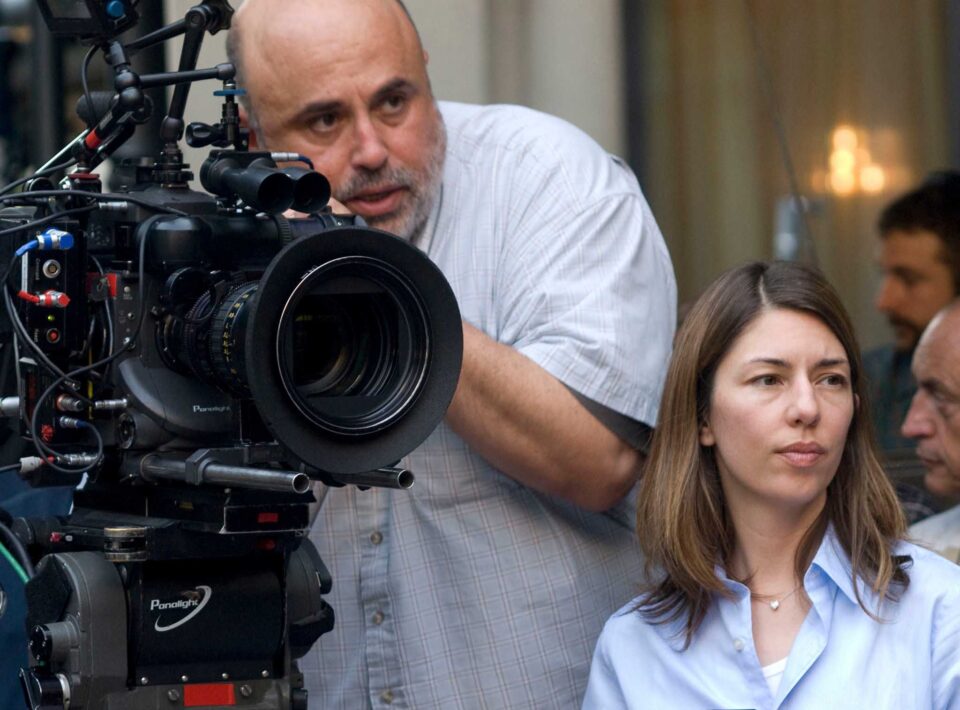 It’s a mild injustice that directors receive the lion’s share of recognition for the films they are involved with, aside from the actors, of course. While directors are indeed in charge of the entire process, living and dying by the quality of the final result, contending with the stress of having to manage a project as fluid as that of a film, they also receive praise for aspects of the movie which are predominantly the result of other members of the crew.

One of these less-heralded but crucial roles is that of the cinematographer, otherwise known as director of photography. Enter Harris Savides, the late Cypriot American cinematographer who was a titan of his profession within the world of film.

Savides was a New York native, born to Cypriot immigrants. “My parents were both immigrants from Cyprus. I’m first generation American and that makes life great and complicated at the same time,” Savides told Greek-American photographer Rania in 2007.

“I was an only child in a Greek household. Everybody always worked hard all week and on Sunday the house was filled with people. Everybody helped cook and hung out together, partying,” he explained. A description that many Cypriots, particularly those in the diaspora, will find familiar.

Savides worked with some of the best directors of the past few decades, including David Fincher (Zodiac, The Game), Woody Allen (Whatever Works), Sophia Copolla (Somewhere, The Bling Ring), James Gray (The Yards), Noah Baumbach (Margot at the Wedding) and Ridley Scott (American Gangster).

Yet it is with Good Will Hunting director Gus Van Sant that Savides has become inextricably connected, including the Sean Penn-starring Milk.

Savides found kinship with Van Sant, their common adoration for simplicity and minimalism creating a bond that would see them work together on no less than six feature films, including the ‘young death’ trilogy of Gerry, Elephant and Last Days.

“Gus started with these scripts that were very short. They were my favourite scripts to read because they ended up being 30-35 pages. And there was no exposition in them at all, which I think is good for a movie script,” Savides told Benjamin B. at the Camerimage Festival.

“Gus’ scripts are telling you what the shot is, what you’re doing. He’s not embellishing what he’s writing with colour, with adjectives, with adverbs,” Savides added, stressing his love for letting the visual elements of the film tell the story.

Savides and Van Sant’s aesthetics are most clearly distilled in the 2003 film Elephant, of the aforementioned ‘young death’ trilogy. Released 17 years ago this October, Elephant centres around a school shooting, the high school in which it takes place, and the young people that take part in it, on both sides of the trigger.

This brief summary of the film may sound grossly sensational, but the film itself is the exact opposite of that. The strongest emotions it elicits are sympathy and sadness for the children who unwittingly become affected by the gruesome culmination of the story. Yet even that violent climax is not shown in anything remotely close to a hyper-stylised or alluring fashion.

“Van Sant has made an anti-violence film by draining violence of energy, purpose, glamour, reward and social context,” renowned critic Roger Ebert said at the time, explaining that the film does not use death as punctuation or as release.

Elephant is as plainly shot a film as you will ever see, with the cinematography being unadorned, accessible and austere. However, that does not mean it is ineffective; the bare nature of it heightens the connection the audience feels with the characters we follow, especially through the point-of-view Savides shoots from, as well as the long, tracking shots he deploys, allowing the viewer to live through the character as the camera follows along.

“I light a room and let the people inhabit it, as opposed to lighting the people.”