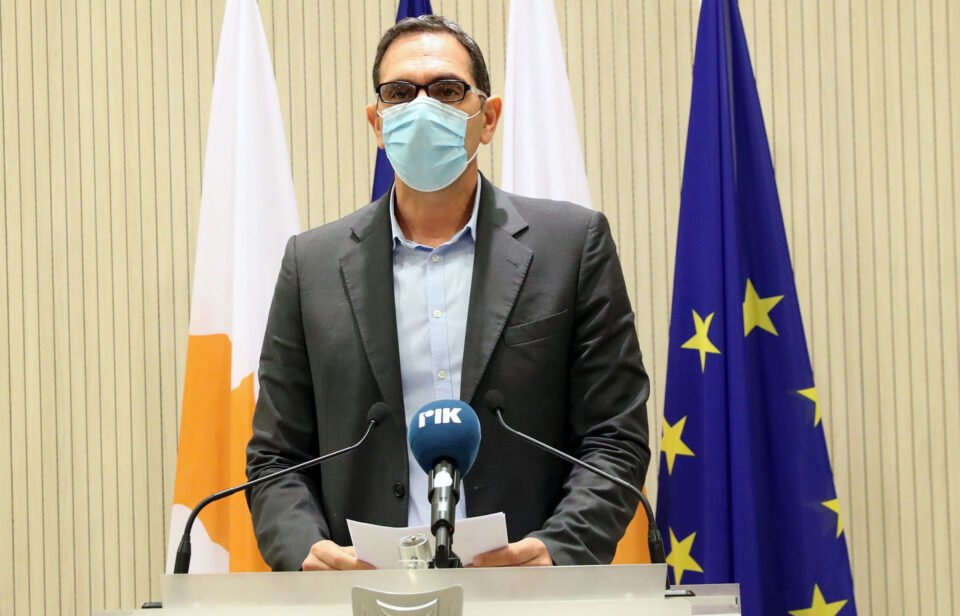 Health Minister Constantinos Ioannou on Tuesday announced slight tweaks to coronavirus measures that would allow people to be out on Christmas Eve until 11pm and New Year’s Eve till 1am but the current measures in general will be extended until January 10.

The minister said after a cabinet meeting that the epidemiological outlook was still bad, so no relaxations were advised for now.

“While acknowledging the social and psychological factors, as well as the fatigue that everyone feels,” he said, cabinet decided to extend the existing measures until January 10,” he said.

It did, however, allow small relaxations, for the holidays as regards curfew.

On December 24, people are allowed to be out until 11 pm while on New Year’s Eve until 1am.

Gatherings over the festive period in houses will remain at 10 people including children.

People can attend church services only on December 25 and January 6, the minister said, as cabinet acknowledges “the need of the believers to go to the church”, but only as long as protocols are strictly observed. He added that the maximum number of people in each church cannot exceed 75, while there must be one person every three square metres of space.

“If there is a need for more believers to attend church, it is recommended that more services be held on the above dates,” he said.

Measures imposed since December 9 include a 9pm curfew, the closing of food and entertainment establishments, shopping malls and churches.

“The data we have before us after evaluating the situation, do not leave us satisfied,” Ioannou said, justifying the decision to extend the measures. He added that they decided, however, to allow some small relaxations to lift people’s spirits.

According to the scientific advisory committee on coronavirus, he said, epidemiological indicators remain unsafe while the stabilisation recorded is still at high levels.

He added that the number of cases remains high and this is reflected in the continuing increase in the positive numbers from rapid antigen tests carried out in all districts.

The number of patients is daily between 110 and 130 people, while the number of intubated patients in the intensive care units is high, burdening the health system, he said.

“What is of greater concern is the daily deaths that are being recorded and require measures to protect those at increased risk of serious illness (due to coronavirus),” the minister said.

Ioannou said the situation is being regularly assessed by the advisory committee on coronavirus.

“As you can see, the whole of Europe is on high alert. The situation in Cyprus is serious, but we keep thing under control.”

Ioannou appealed to people to remain alert “until we are safe.”

“Counting down to the arrival of the vaccines and the start of the vaccinations from next weekend, I urge everyone to be patient for a while longer, until we ensure the vaccination coverage of a large percentage of the population,” the minister said.

He reiterated that the vaccine is the beginning of the end of this journey but was only half the effort, offered by the scientific community. The other half, he said, is in the hands of each and every one who are called to show responsibility by carefully observing the measures.