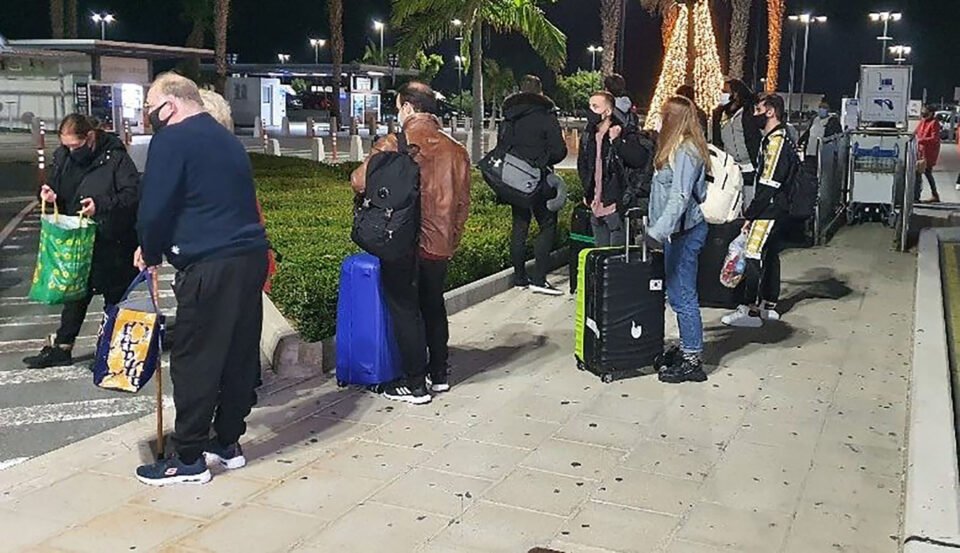 Fifty-four EasyJet passengers from Manchester who arrived after 6pm on Monday at Paphos airport will spend the Christmas holidays quarantined in a hotel in Limassol, it was announced on Tuesday.

According to a decree issued on Monday after a new strain of the coronavirus was discovered in the UK, all travellers arriving from Britain since 6pm on Monday will be taken to quarantine hotels for a seven-day period. The ministry clarified that the only exception to this rule applies to people under the age of 18, who have the option to either self-isolate at home or at the hotel.

The 54 passengers were tested for the virus at the airport.

Not all will stay at the hotel, as some were given special permits. Two are cancer patients and were allowed to self-isolate at home. A minor also opted to stay at home while an exception was made for a British woman who came to visit her seriously ill mother who lives in Cyprus.

Two flights arrived at Larnaca on Monday after 6pm and a total of 257 passengers were taken to hotels.

One hundred and 39 were on a British Airways flight and 118 on an Easyjet one.

According to the Cyprus News Agency, parents of some of the passengers, university students returning for the holidays, went to the airport and protested that enough warning of the move was not given so they could not even cancel the flights had they wanted to.

Their children had only come for a few days, they said, and would now have to spend many of them in quarantine, which they said was “very unfair”.

At noon on Monday Transport Minster Yiannis Karousos chaired a meeting at Larnaca airport to co-ordinate services to handle the passengers.

All passengers will be tested again after seven days and those who test negative will self-isolate for three more days. If they do not display symptoms during the three days they will be allowed to leave their homes.

In case they do have symptoms they should contact their doctor.

Another 138 passengers that arrived before 6pm at Paphos airport from London with Ryan Air were allowed to self-isolate at home as per an earlier decree.

Passengers have to cover the cost of the test at the airport themselves while the second test is paid for by the government. Children under the age of 12 do not have to be tested.

Three flights will arrive from London on Tuesday late in the afternoon. They are flights by British Airways, Easyjet and Wizz Air.

Until December 26 a total of 21 flights are planned from the UK.

The decree on passengers from the UK will remain in force until midnight on January 5.

Coronavirus in Cyprus: How about the vaccine? (video)