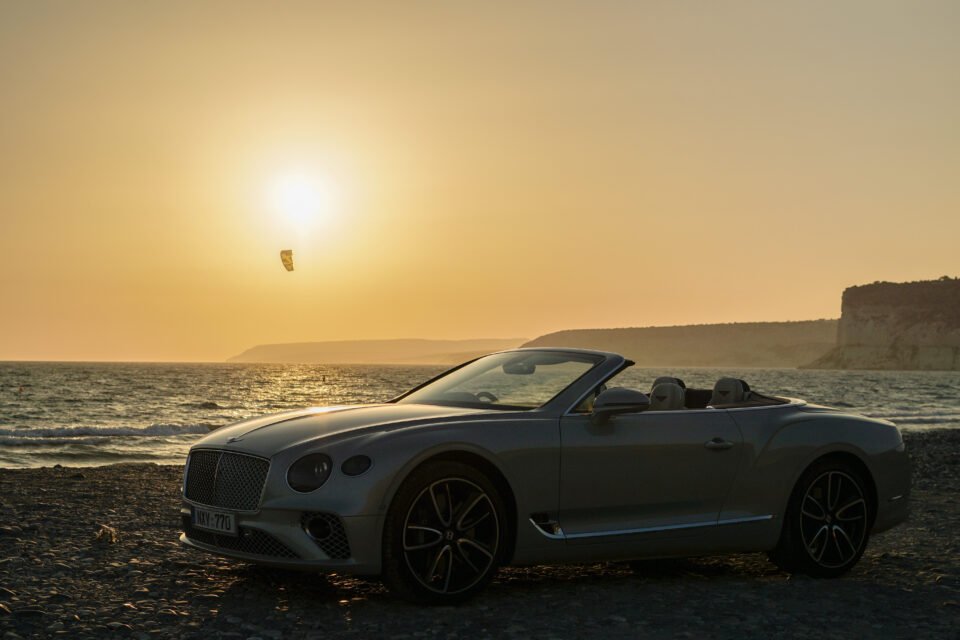 Lucky me, I know. The Bentley Continental GT has long been one of the most luxurious and expensive grand-tourers on the market. In this, the second iteration of the hand-built hunk that saved the brand from the brink of financial ruin back in 2003, the numbers are almost overwhelming. A thousand people are involved in the building of each car. The hides of 10 entire cows are used for the leather in the interior along with 2.8km of stitching and 10 square meters of wood. Palatial.

The exuberance doesn’t end there. In today’s overtly emissions-conscious world, a 3.0 litre, turbocharged V6 is considered a large engine. This Bentley has 2 of them, fused together at the crank to form a 6.0 litre, twin-turbocharged W12. The goliath pumps out 626 of the finest English horse powers and 900nm or torque – all of which is available from as little as 1,350rpm. Then again, quite a lot of that power is used just to move the car at regular speeds, for the Bentley weighs in at over 2,350kg fully fuelled – about as much as a blue whale’s tongue. Little surprise then that to stop it calls upon the largest steel brakes ever fitted to a road car.

The Ferrari-equalling power figures might fool you into thinking the Bentley is sporty, or even that it can be sporty like the multitalented S63 from a few weeks ago. Objectively, the Bentley is certainly a very fast car, but make no mistake, comfort is the priority here. The dual-clutch gearbox has 8 gears, but pootling around town the clever automatic will likely use about 4 of them thanks to the mountain of torque on tap.

On the highway under light throttle, cylinder deactivation aimed at improving efficiency will shut down half the cylinders to leave you with a measly V6 and just 300-odd horsepower. Boo. You can quickly rectify this with a little throttle input, but given the fixed speed cameras soon to be popping up island-wide and this car’s 333km/h top speed, you could end up in some serious trouble if you’re not careful.

On the road the Continental doesn’t encourage you to drive it aggressively. Stick it in sport mode, give it the beans and you’ll discover a powertrain characterised by turbo lag. Floor it and its nothing, nothing, nothing… and then whoosh! The turbos wake up and the car accelerates eagerly – the 4 wheel-drive guaranteeing grip at any speed.

Some might argue that the lag provides character and should be embraced – when the turbos spool up and the boost kicks in the sensation and sound are entertainingly aircraft-esque. To me, it’s a shortcoming. After seeing what AMG have been able to achieve in virtually eradicating turbo lag through clever engineering and revolutionary engine packaging, I can’t help but think the Bentley feels a little antiquated.

But buying this car to nit-pick about the performance would be like going to Fasouri Waterpark to practice your swimming technique. Sure, it’s not necessarily illegal, but it kind of misses the point. The Continental GTC, as the name suggests, was designed to cross continents. In this, the convertible version, performance and dynamics are arguably even less relevant. The Bentley doesn’t concern itself with the foolishness of sporty driving. The Bentley prefers to waft.

From the outside, I think it looks far better than the somewhat-bulbous first-generation car. The folding fabric roof is here shown in a rather mundane black but can be lowered and raised in 17 seconds at speeds of up to 50km/h. It is robust and eerily soundproof – if you live in Cyprus I see no reason why to opt for the hardtop. My only gripe is what seems to be an inverted golf club along the bottom edge of the car’s sides. Once you see it, you can’t unsee it; sorry in advance.

Rather predictably, the interior is exquisite. The wide centre console provides a cosy, cocoon-like feel for the two front passengers and the finish throughout is sumptuous. The S63 Cabriolet I drove had a top-rate interior – possibly the best available on a mass-production, machine-built car. The handmade Bentley is in another league altogether. I am not alone in suggesting that this might be the nicest interior on any car currently for sale. The optional rotating 3-face centre display is genius. With the press of a button, you can alternate between plain wood, 3 classic-style gauges and a full screen for all your media/information – once again achieving a perfect balance between modern and classic.

The GTC W12 can be ordered in Cyprus starting at €238,000, though, It is unlikely that any car that leaves the factory will actually cost that much, as the customisation opportunities on such a vehicle are virtually endless. This one has around €50,000 of options on it, bringing the total to just shy of €290,000. Gulp.

Worth the money? That’ll depend on how you see it. Personally, while there is no disputing this is a very special car, I couldn’t justify the €60,000 premium over the S63 cabriolet I reviewed recently. If, however, your tastes are more mature than mine and you attach significant value to detail, craft and the opportunity to order and own something truly bespoke, then the Continental GTC is in a class of its own.

Matching wine with festive meats: it’s not just about the turkey