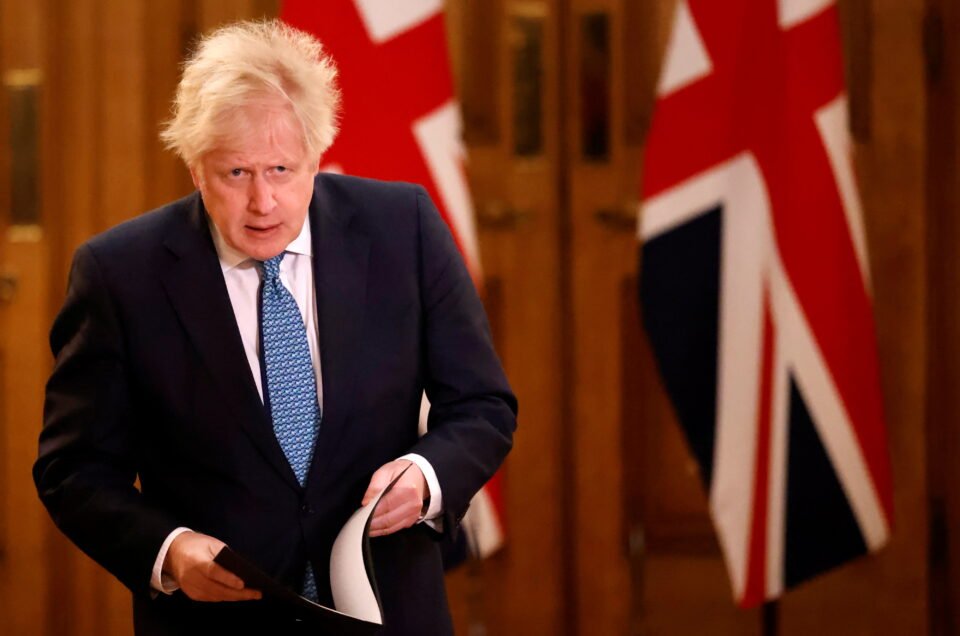 Britain's Prime Minister Boris is just not up to the job, and wishing the crisis away with libertarian nonsense is not going to cut it

The new variant of the coronavirus was a classic known unknown

It was a known unknown that coronavirus would mutate and become more infectious. As I watched Boris Johnson cancel Christmas, having told the country a few days earlier that it would be inhuman to do so, I thought what an obvious hostage to fortune to give just for effect when he must have known of the new variant.

Johnson has been mouthing words for effect that do not reflect his thinking for a long time. He even wrote two articles, one for Brexit and one against, depending on which side he decided to support.

This time, however, he cut a sad, pathetic figure, even worse than when he appeared outside Downing Street and clapped for the NHS last spring when it looked as though coronavirus had got the better of him. Mercifully, the virus did not kill him, though it has shown him up for what everyone in the know knows: an incompetent single issue prime minister. He was only good at getting elected to get Brexit done; now that it is done, he should do himself and the country a favour and resign.

It was the other Donald who popularised known unknowns although the verse he quoted from was well known in the risk assessment industry. Donald Rumsfeld was US Defence Secretary at the time of the Iraq war in 2003. He was one of a cabal of three hawks around President George W Bush that decided regime change in Iraq. The other two were Vice President Dick Cheney and Paul Wolfowitz, Rumsfeld’s deputy.

It seems there were no contingency plans to deal with a known risk. In the result, most countries in the world have now cancelled travel to the UK by land, sea and air, which diminishes Britain’s standing in the world just when she needs it most. The whole point of Brexit was access to the world unconstrained by the EU; being ostracised by most of the world is a funny way of going about it which does not auger well.

What happened has been a monumental failure of leadership. Johnson is just not up to the job, and wishing the crisis away with libertarian nonsense is not going to cut it – libertarian ideology does not apply to public health in civilised societies.

Hunt had been health minister and foreign minister and would have relished the fight against coronavirus, whereas Johnson seems positively unhappy fighting the pandemic. It is not the kind of battleground he enjoys.

Managing the pandemic requires application to scientific detail with people who are much smarter than oneself, which shows every time he gives a press conference flanked by two scientists. The coronavirus crisis requires frequent and difficult judgement calls from him, which, unfortunately, he gets wrong so often it is embarrassing for Britain.

In politics as in life there are horses for courses, and Johnson is a good times prime minister. The irony is that both the woman he replaced and the man he beat to become leader would have done a much better job in a public health crisis and Britain was very unlucky to end up with Johnson at the helm during a pandemic: wrong horse, wrong course.

In 1940 Neville Chamberlain was not up to the task of fighting the war against Nazi Germany so he was replaced by Winston Churchill. This time round Johnson cannot be replaced by someone better able to lead Britain out of the coronavirus crisis because he defeated them all fairly recently and won a general election by a huge majority just before the virus struck.

Britain was a lot more fortunate in the 1945 general election after the end of the war in Europe. The British people did not believe Churchill was the man they wanted at the helm to rebuild Britain and replaced him with the quiet unassuming Clement Attlee, the Labour leader, and he did not disappoint: his government built the welfare state and introduced the National Health Service.

All that having been said, the UK government did the civilised thing to inform the World Health Organisation (WHO) and other states promptly of the new variant so they could take steps to limit its the spread in their countries, which is what China should have done last December with the original outbreak. It is a mark of a confident, civilised country not afraid to face up a damaging fact about itself.