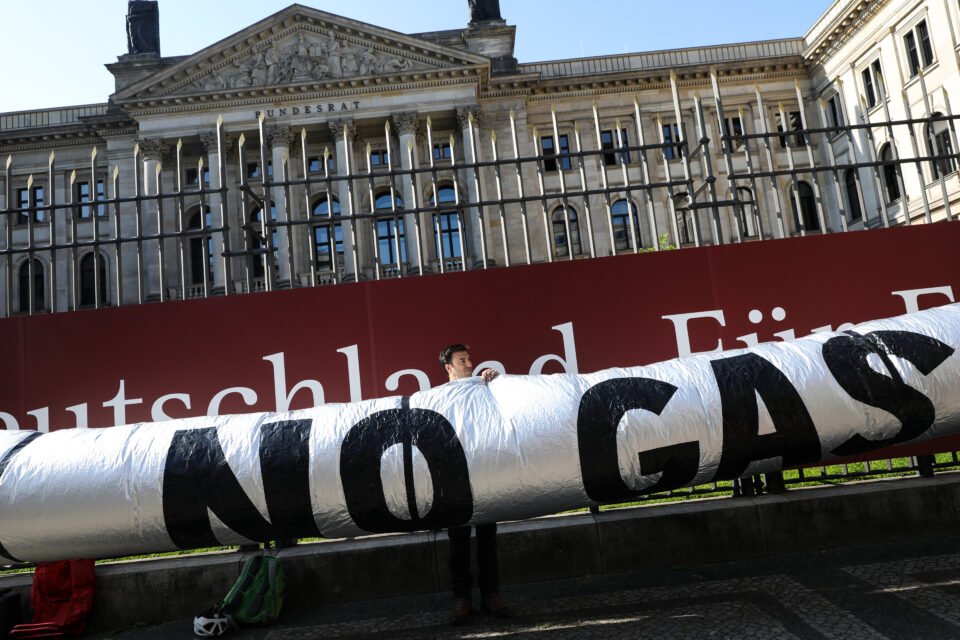 2020 has been a difficult year for natural gas and LNG, with prices falling to rock-bottom as a result of the devastating impact of Covid-19 on the global economy. But even though recovery is on the way, it may not be long-lasting.

Given EU’s commitment to achieve net-zero emissions by 2050 and cut emissions by 55 per cent by 2030 – in comparison to 1990 levels – and supporting measures announced so far, as energy transition accelerates, demand for natural gas and LNG will drop.

Globally, peak-gas demand is increasingly becoming a matter of when, rather than if. In a net-zero world BP’s ‘Energy Outlook 2020’ expects this to happen before 2030, with global gas demand declining thereafter.

Studies by the European Commission (EC) show a 20-25 per cent drop in natural gas consumption in Europe by 2030, and by 75-85 per cent by 2050. Despite its low carbon footprint, Europe is determinedly shifting away from natural gas. Increasingly cheaper renewables and energy storage, efficiency improvements, green hydrogen and new technologies, combined with tougher climate change goals are driving unabated natural gas out.

With gas demand set to decline significantly during energy transition, the argument is that natural gas projects do not need further support in Europe. As Kadri Simson, the EU energy commissioner, said “our ambitious climate targets demand a stronger focus on sustainability and new clean technologies.” Continued support for oil and gas has become incompatible with climate goals set in the European Green Deal.

Following adoption of tougher climate goals and criticism by the European ombudsman in November that climate risks from gas projects are not sufficiently taken into account, the EC is proposing rules to “restrict funding for natural gas projects and instead divert investments into low-carbon technologies to meet climate goals”.

These will affect the EU’s TEN-E rules that define which cross-border energy projects are eligible to receive EU funding and fast-tracked permits. These rules underpinned the €4.7billion investment into projects of common interest (PCI) during the last ten years, including the EastMed gas pipeline. New projects will face mandatory sustainability assessments.

Once implemented, these changes will in effect exclude oil and natural gas infrastructure from EC’s list of PCIs that enjoy EU financial and regulatory support. The European Investment Bank is also committed to stop support of oil and gas projects after 2021, with the European Bank of Reconstruction and Development going in the same direction.

The EC says these moves are justified on the basis that the closer the EU moves to its climate neutrality by 2050 target, the more natural gas will be replaced by renewables and low-carbon gases such as hydrogen.

What this ignores is that this process may take 15+ years to be effected and during that period natural gas will still be playing a significant role in EU’s energy mix. The International Energy Agency (IEA) estimates in its ‘Gas 2020’ report that natural gas demand in Europe will increase by 0.5 per cent/year in the period to 2025. As a result, such moves may prove to be short-sighted.

Europe will not support gas

The EU 27 agreed on December 16 that the ‘Just Transition Fund’ will not support any investments linked to fossil fuels, including natural gas. However, gas projects may receive a smaller amount of funding under certain conditions from the separate European ‘Regional Development Fund’.

The decision of the European Council at its December summit to fully support the EU Hydrogen Strategy marks another major step in energy transition and for hydrogen. The council asked the EC to support a dedicated hydrogen grid development in the upcoming revision of the TEN-E regulation. In the longer-term hydrogen is expected to replace natural gas in hard-to-abate industries.

In addition, the expected reform of the EU emissions trading system (ETS) in June and moves to tighten the supply of carbon allowances will have the effect of boosting the carbon price over time, potentially reaching €40/tonne CO2 by 2022, eventually driving natural gas out much the same way as the ETS is doing to coal now.

Measures proposed by others

The UK has become the first G20 country to end all funding of overseas oil and gas projects. France has adopted a similar policy.

The Danish government announced on December 4 that it is cancelling all future offshore licensing rounds, phasing-out all oil and gas production by 2050.

In a further development, on December 14 the UK announced measures to scale back natural gas use and promote switch to clean energy, as it targets a massive 68 per cent cut in emissions by 2030. These include stopping use of gas for heating in new homes from 2025 and blending UK’s gas supply with 20 per cent hydrogen by 2023 to cut emissions. It also includes quadrupling of offshore wind farms, increasing electricity storage and a pledge to end the sale of fossil fuel-powered vehicles by 2030. Implementation of these policies will mark a decisive shift away from fossil fuels.

Asia, with gas replacing coal to cut emissions, will be a bright spot for natural gas demand growth in the medium-term. But even there, increasing commitments to achieve net-zero emissions by 2050-2060 mean that natural gas demand will decline after 2030. The outcome will be that competition to secure gas sales in Asia will intensify, keeping prices low, with spot prices expected not to exceed $7/mmbtu on delivery.

In Europe, declining gas needs mean there will be room only for the cheapest sources of supply: Russian piped gas and LNG. Longer-term European gas prices are expected to remain below $5/mmbtu.

The implication of such developments is that new higher-cost gas development projects in the East Med and Cyprus will struggle to materialise.

With these developments, the expectation that Europe will be a market for East Med gas, and especially for the EastMed gas pipeline, is becoming even more fanciful. And Asian markets are not getting any easier. The sooner this becomes understood and accepted, the better it will be for the region and its energy future. It will enable the development of more realistic energy plans, based on regional exploitation of gas in support of renewables.

However, Cyprus could benefit from increased EU support, including offshore power grids to link offshore wind farms to land-based electricity systems, ‘smart grids’ that integrate renewables into the network and development of cost-competitive technology to produce green hydrogen.

Coronavirus: Limassol rapid testing being extended by one hour on Saturday