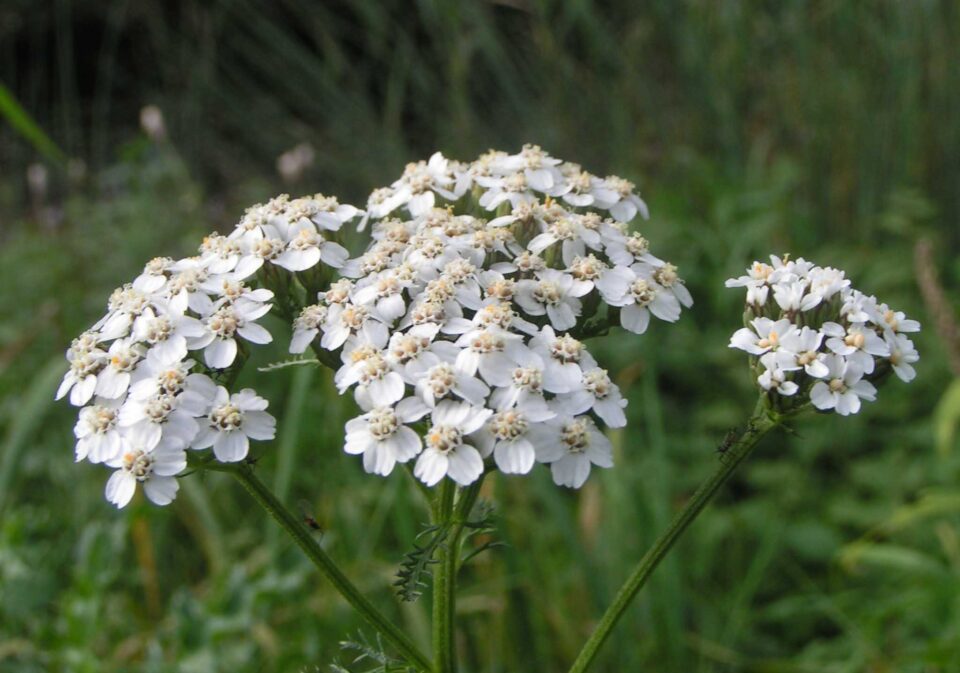 Habitat: A creeping perennial member of the Asteraceae family growing up to 1m in poor meadow soil throughout temperate Europe. The plant has soft, finely-divided leaves emerging from erect, downy stems that terminate in multi-clusters of flat, white, daisy-like flowers. Over-exposure to large doses will cause photo-sensitivity.

What does it do: The Romans called it ‘herba militaris’ and carried it as a wound stauncher when going into battle: they also consumed it in tea form as a blood tonic.

In Scotland there is still a preparation made from it which is placed into bleeding wounds. The English used to ram the leaves into the nostrils of boxers to cure nosebleeds. European travellers carried the dried plant as a treatment for diarrhoea and dysentery.

Bloodwort has always been associated with blood and divination, it featured in Druidic ceremonies and the dried cut stems are still used by I Ching masters to predict the future.

All aerial parts are used: the flowers to treat eczema, and the essential oil, which is blue, to treat a range of problems such as acne, inflammations, high blood pressure, thrombosis, arteriosclerosis, menstrual problems, cystitis, insomnia and stress related disorders.

The plant is most commonly taken in tea form, giving relief to those suffering from circulatory problems especially where the veins and arteries have narrowed and hardened. It is one of the most effective treatments for varicose veins, not only dilating the vessels, but actually toning and strengthening the vein walls.

In Germany, a bath containing the flower heads and leaves is prepared for children suffering from measles and chicken pox to give relief from the irritation.