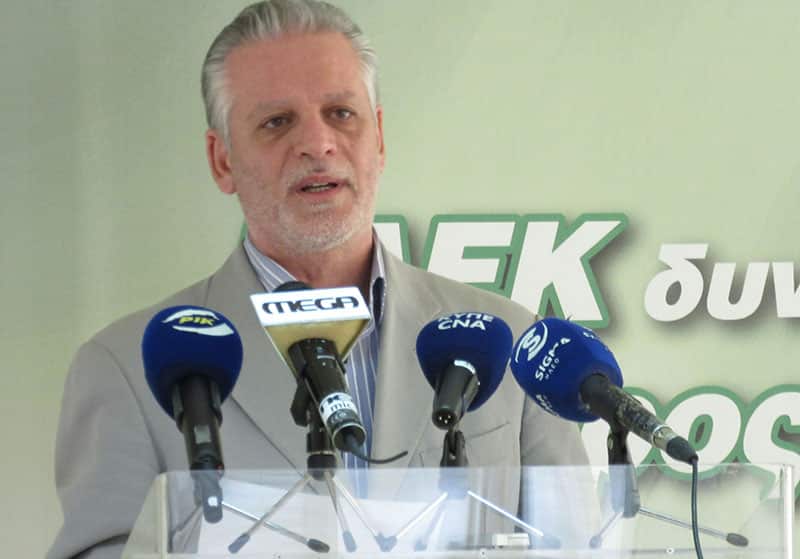 Edek president Marinos Sizopoulos, whose party potentially holds the deciding votes to secure approval for a new state budget, continued contacts with ministers on Monday to discuss amendments to a revised draft expected to be submitted to parliament early in January.

The 2021 budget was rejected earlier this month by 29 votes against to 24 in favour, the first time this has happened since independence in 1960.

Scrambling into action, the government launched a round of consultations with smaller political parties in search for enough consensus to tip the balance and has promised to consider proposed amendments.

Edek has three seats in parliament and will be cooperating with Citizens’ Alliance, which currently holds a single seat, in the forthcoming House elections in May.

Their four votes would be enough to secure a majority, provided Solidarity, Elam and the Democratic Cooperation which joined Disy in backing the budget last time, do not have a change of heart.

On Monday, Sizopolous held talks with the interior, labour and defence ministers, telling reporters he had raised the issue of those working in hazardous and heavy occupations receiving a full pension at 63 and childcare grants for state or private daycare for working mothers. Currently, pensions of those who retire at 63 and not 65 are subject to a 12 per cent deduction.

He said he had also discussed the possibility of a study regarding incentives to tackle the low birth rate in Cyprus. The cost of such incentives would need to be calculated in cooperation with the finance ministry.

Sizopoloulos said his talks at the defence ministry had focused on Cyprus’ arms programme and how this can be upgraded given Turkey’s provocative behaviour, the various alliances formed in the eastern Mediterranean and the joint military exercises held in which he said Cyprus should play a substantial and not nominal role.

The second issue discussed was rationalisation as regards promotions in the national guard.

“I think that the climate was very positive on both these issues and I imagine that very soon we will have significant developments,” he said.

With Interior Minister Nicos Nouris, Sizopoulos said they had followed up on last week’s meeting.

Asked whether Edek would vote for the budget, Sizopoulos said it was too early as “intensive consultations” were still underway.

But he spoke of a positive climate and said Edek would be responsible and constructive, submitting proposals which do not endanger fiscal stability or the country’s credibility in the eyes of international ratings agencies, but at the same time substantially help vulnerable groups such as low-income pensioners and those working in hazardous professions, and also issues relating to what he termed “unfair, unilateral and in many cases provocative foreclosures” by banks.

“We will continue our effort, constructively… and based on the final text, the collective organs of Edek will decide what position to take as regards the revised budget which we expect will be submitted in the House within January,” he said.

The 2021 budget failed to pass muster in parliament on December 17, primarily because junior opposition Diko – who in previous years had voted in favour – broke ranks and vetoed. Also voting against were Akel, Edek, the Greens, Citizens’ Alliance and independent MP Anna Theologou.

Messi: my plan is to give my all for Barcelona

Government Christmas gift for those on low incomes