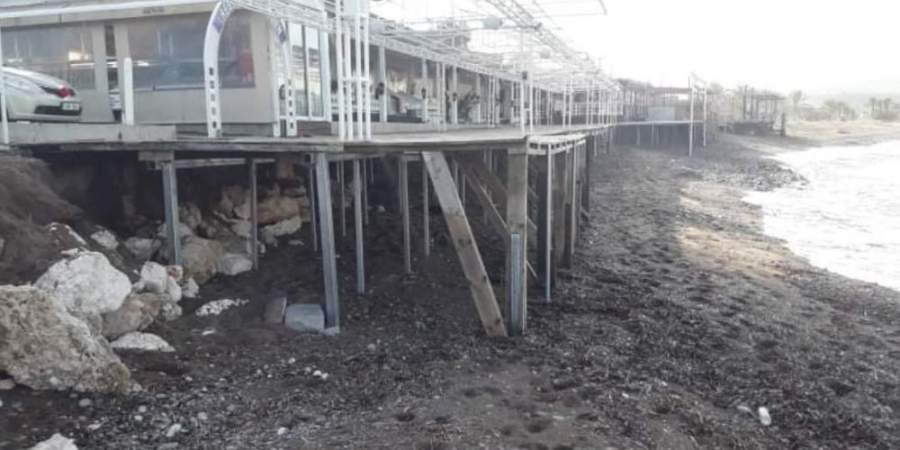 Environment commissioner Klelia Vasiliou has written to the ministers of interior and agriculture asking for teams of technocrats to be set up to push for the implementation of an international convention in a bid to protect the island’s coasts, after what appears to be yet another intervention on a beach in Paphos.

Vasiliou wrote to the ministers after a complaint filed by the Green party against the owner of a restaurant at Latsi, Paphos, who installed stilts on the beach to support a deck.

Green party deputy chairperson Efi Xanthou said they have informed the district administration and Polis municipality of the construction, which apparently took place over the weekend.

“It seems the authorities turn the blind eye in certain areas of our island,” Xanthou said in a statement.

Though being party to the Barcelona Convention, Cyprus has so far failed to ratify it.

The convention, adopted in 1995, is an action plan for the protection of the marine environment and sustainable development of the coastal areas of the Mediterranean.

“We call on the interior ministry for the umpteenth time to push the protocol in question for ratification by parliament and make the legal arrangements that will ensure the protection of 100 metres from the point the wave breaks on all our coasts,” Xanthou said.

The environment commissioner said the construction work involved repairing and restoring the existing deck, which had been damaged by rough seas.

Vasiliou conceded there was a problem with the way permits were issued in the area.

She said she has already pointed out to the municipality the need to replan the area based on new standards, building and environmental, with the aim of reviewing all permits and removing all structures that did not meet the criteria.

Budapest: a living treasure chest of past and present