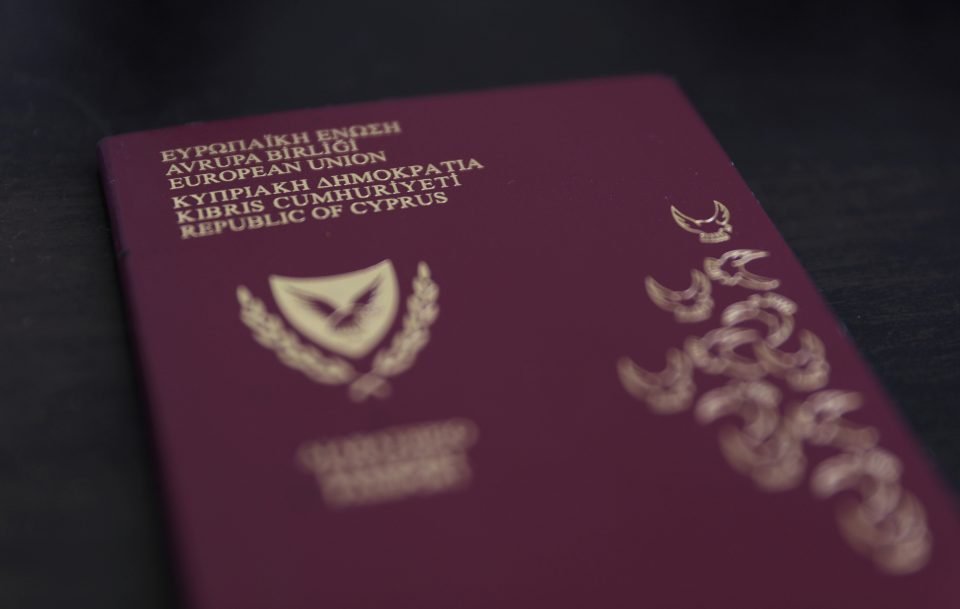 An investigating panel that probed a specific number of citizenships granted between 2008 and 2018 strongly urged authorities to look into whether promoters and service providers had carried out the necessary due diligence into whether their clients’ funds were from illicit activities.

The government released the redacted report – dated September 2 – on Tuesday. Names and other data were blocked out to protect personal data and ongoing police criminal investigations.

The panel, led by the head of the securities and exchange commission Demetra Kalogirou, had examined 12 files involving 42 individuals considered high risk. Of the 42 cases, all apart from two involving seven citizenships, met the government’s formal criteria, the report said.

A number of people had secured citizenship under false pretences or by concealing vital information from the authorities. For these, the panel recommended the stripping of citizenship and/or referring them to the attorney-general to probe the potential commission of criminal offences.

The committee also recommended rescinding the citizenships of 12 other people – three files – who are wanted by the authorities in their countries.

Five files were high-risk, and the individuals involved should be monitored on an ongoing basis, the panel said.

In a statement, the Office of the Presidency said the report was being made public as earlier promised by President Nicos Anastasiades.

The redacted parts – other than information revealing personal data – would be disclosed once criminal investigations are finished, the statement added.

Ruling Disy welcomed the report as a “positive development” as it would aid the police and the attorney-general’s office to set investigations in motion.

But main opposition Akel said the dossier falls well short of the public’s appetite for a thorough investigation or apportioning of responsibility “to those who organised, set up and exploited the golden passport sales industry.”

Akel added: “The Kalogirou report’s fundamental problem is all those issues which it did not tackle. This committee, appointed by the Anastasiades administration following the international outcry against Cyprus, was mandated to examine all naturalisations from 2008 to 2018.

“In the end, it looked at 12 cases concerning around 40 individuals. We note that the Anastasiades government granted more than 6,000 Cypriot passports.”

In compiling the dossier, the three-member panel used information from multiple sources: the anti-money laundering unit Mokas; the police (with access to Interpol and Europol databases); and World-Check, a database of Politically Exposed Persons and heightened risk individuals and organisations, used around the world to help to identify and manage financial, regulatory and reputational risk.

Earlier this month, police searched the premises of two companies in connection with investigations into possible criminal wrongdoing relating to the now-defunct passports scheme.

One of the companies was reportedly a Larnaca-based law firm, the other a property developer also in Larnaca.

The latter was said to have been flagged in the Kalogirou dossier.

Kalogirou currently sits on the four-member committee of inquiry looking into all naturalisations granted between 2007 and August 17, 2020 – the date on which the new legal framework on Cyprus’ citizenship-by-investment programme came into effect.

The committee of inquiry was appointed following reports by Al Jazeera in August and a document dump pertaining to the Cypriot investment programme, and which the media outlet claimed showed citizenship was “sold to dozens of foreigners linked to crime and corruption.”

The CBI itself was scrapped in October after an undercover video by Al Jazeera showed then-House president Demetris Syllouris and Akel MP Christakis Giovani appearing ready to help a Chinese businessman with a criminal record – who it later emerged was fictitious – secure a Cypriot passport.

In late October, weeks after the al Jazeera documentary aired, police here searched the homes and offices of a number of people, including Syllouris, Giovani, and attorney Andreas Pittadjis.