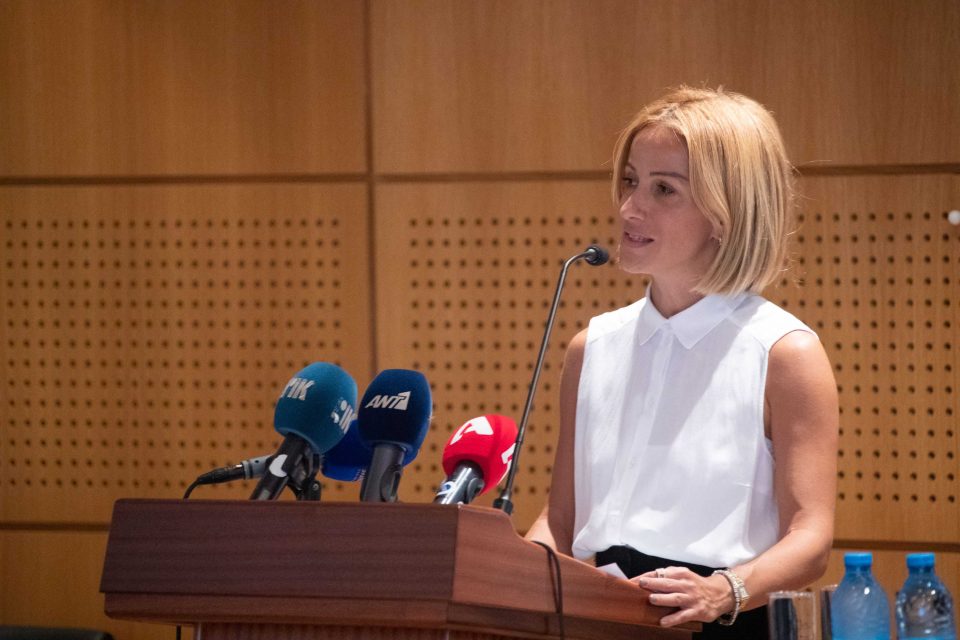 Justice Minister Emily Yiolitis came under fire on Tuesday after she reported a parody account of her on Twitter, prompting police to secure a search warrant for the home of a Larnaca resident who denied any involvement.

Cypriot netizens also fired broadsides at the police, censuring their eagerness and speed to investigate when they allegedly dragged their feet when more serious cases involving intimidation and threats had been reported to them.

Police searched the home of a woman from Larnaca in connection with a complaint filed by Yiolitis after the ‘Lady Emily Kardashian Duchess of Yiolou’ parody account appeared on Twitter, posting a photo of the minister’s father with commentary that was deemed offensive.

The account, which says that it is a “parody account of Emily Kardashian Yioliti, Fashion Icon, Rich Lawyer, Instagram Influencer, Socialite, ex EAC Chairman & Minister of Justice, Banana Republic,” was still up on Tuesday.

The woman whose house police searched, seizing her computers, issued a statement through her lawyer, Elias Christou, denying any involvement.

“Our client cooperated fully with the police and electronic devices were collected from her home,” the statement said. They have since been returned.

The lawyer went on to suggest that the search warrant constituted “illegal fishing for evidence,” adding that his client reserved all her legal rights.

The minister said she had no intention to pursue legal measures against the individual.

“My view is that it goes beyond satire when it offends the dignity of my father and my relatives. Let them deal with me only,” Yiolitis tweeted, wishing everyone “health, love, humour, and patience.”

Police said the account in question had overstepped the ethical line as regards critique, touching upon the minister’s personal data.

However, people have cried foul, accusing the authorities of attempting to intimidate social media users and discourage them from criticising officials. Many accused Yiolitis of using state resources for personal issues.

Speaking on Politis radio, Demetriades said such accounts were not banned by Cypriot law and anyone with a grievance could seek recourse through a civil suit.

“The abuse here is that the case is at criminal process level, that is, there is an investigation for a crime,” he said.

Demetriades said in his eyes there was an unjustified restriction of the freedom of expression, wondering what exactly the police were investigating.

The action was censured by opposition parties Diko and Akel, which spoke of intimidation and intolerance on behalf of the administration.

Diko said the matter raised issues that touched upon democratic values and freedoms.

“The particular police investigation constitutes a blatant and unacceptable violation of the freedom of expression,” the party said.

It demanded a disciplinary probe if the police had acted on its own initiative and suggested there was a much bigger political issue of “abuse and unacceptable behaviour” if they had been ordered by the minister.

“In such a case, the Disy government’s message to society is clear: Its response to criticism is intimidation, totalitarianism and violation of the principle of freedom of expression, the most important principle in any democratic state.”

Akel said the government’s “intimidation practices” confirmed the lack of tolerance towards differing views, even satire.

The main opposition party demanded to know whether Yiolitis had ordered the search herself.

“In any case, it is obvious that when government officials are offended or think they are personally offended, police act with excessive zeal, engaging in actions that are institutionally and politically unacceptable as well as legally dubious.”

Budapest: a living treasure chest of past and present

Coronavirus: 2020 ‘most difficult year for tourism’