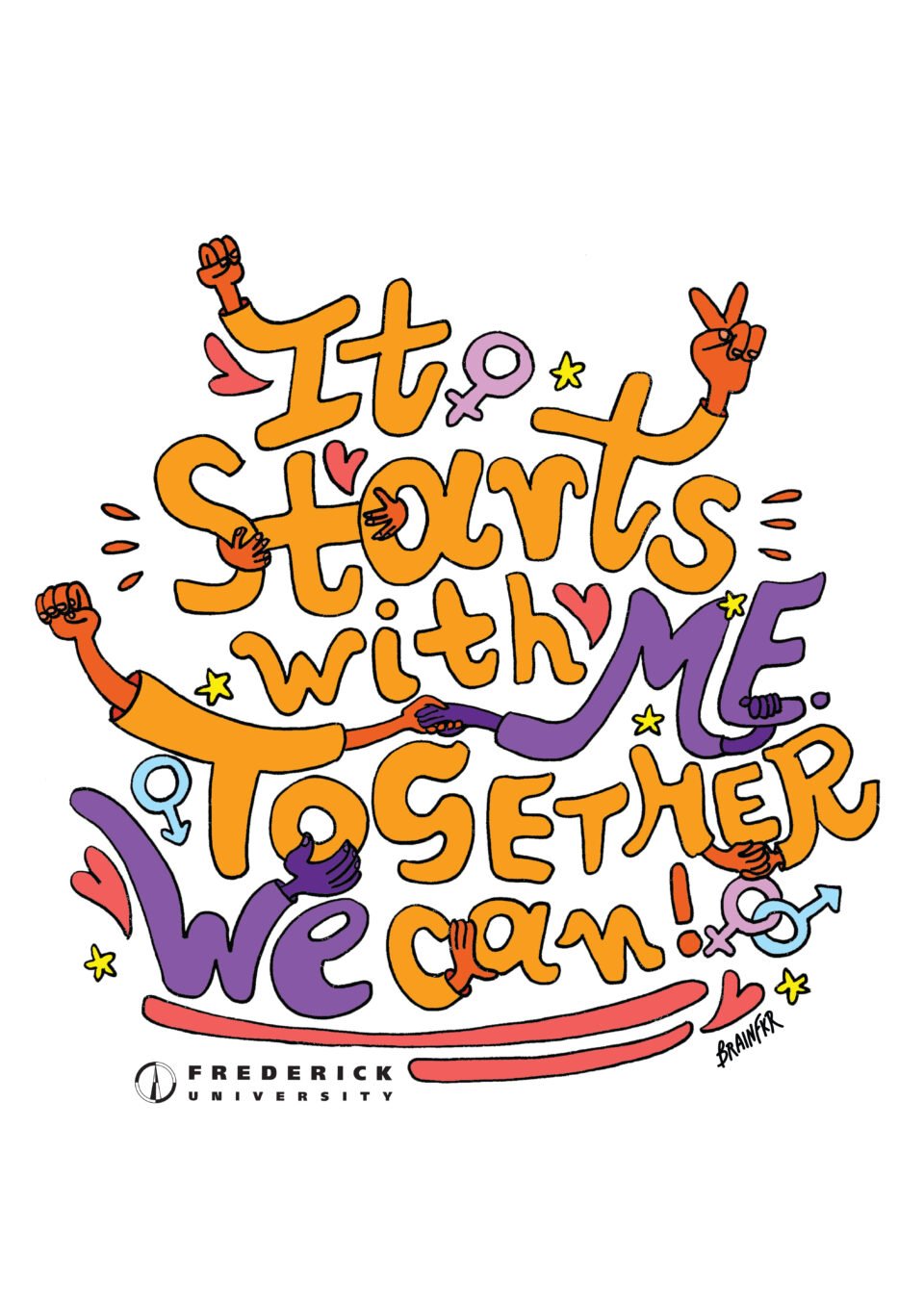 As part of the global 16 Days of Activism Against Violence Against Women and its multifaceted action to raise awareness among students and society at large on gender equality, violence against women and the development of healthy relationships between men and women, Frederick University continued its campaign It starts with ME, together WE can.

The aim of this campaign was to highlight the responsibility and the power each of us has to take the first step, by challenging stereotypes and daily behavioural changes which will lead to a large-scale change of culture and mentality to eliminate violence against women.

This year, due to the pandemic, the campaign was carried out online. Every day for 16 days, the university presented examples of problematic behaviours which cultivate and help accept violence against women and girls.

Some of the examples presented were gender stereotypes, sexist jokes, domestic violence and obstacles women find in their career development, the gender pay gap, etc.

The university, through interactive online activities and social media posts, called on students and staff, as well as the general public, to recognise these examples as problematic, thus acknowledging the magnitude of this phenomenon.

In addition, the public was invited to sign online their personal commitment to adopt behaviours challenging gender stereotypes by following the link: new.frederick.ac.cy/itstartswithme/

At the same time, with the help of the Association for the Prevention and Combatting of Domestic Violence (SPAVO), the number of calls made to the sssociation’s hotline 1440 was recorded daily.

Last year after the completion of 16 days the number recorded was 365 calls, while this year this number rose to 711 calls.

“There has been a 95 per cent increase in the number of calls compared to last year. Natasha Frederikou, president of the Frederick University council, said.

“One phone call every 32 minutes! This is our reality. The truth is that there has been an increase in domestic violence in all countries of the world this year.

“The resulting data show that domestic violence is flourishing in the conditions created by the pandemic.

“But let us be clear. Difficult conditions or Covid-19 are not causes of domestic violence. The challenge for each of us, however, remains the same.

“What can each individual do? What changes in our behaviour should we make? What stereotypes should we challenge?

“Our campaign, It starts with ME, together WE can, wanted to highlight this parameter. The responsibility but also the power that each of us has to take the first step and to commit to small daily behavioural changes which will bring about a change of mentality in order to eliminate violence against women.”

Council wants to turn Cyprus into education and research centre