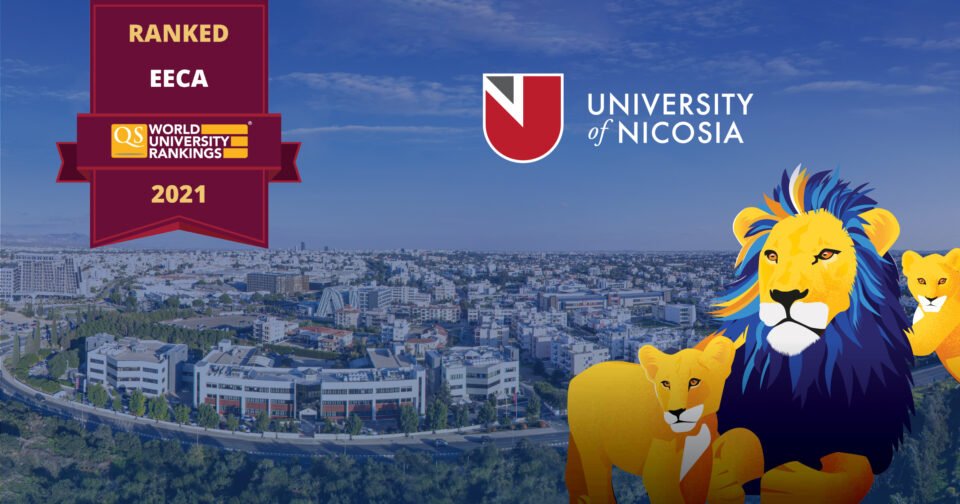 The University of Nicosia placed #126 in the Emerging Europe and Central Asia Region, in which over 3,300 universities operate, according to the QS World University Rankings 2021

The 2021 QS World University Rankings: EECA, released in December, once again ranked the University of Nicosia (UNic) as one of the top 4 per cent of universities in the region, in which over 3,300 universities operate across 24 countries. UNic was ranked for a third consecutive year in the Emerging Europe and Central Asia (EECA) region, out of the 600 universities that made the cut (and, ultimately, 400 ranked) this year by the global rankings agency.

The university’s consistently high results are noteworthy in a region characterised by dynamic growth in higher education, with strong representation from Russia, Czech Republic, Hungary, Poland, Croatia, Romania, Estonia, Lithuania, Turkey and Ukraine. Moreover, UNic’s top scoring indicators reflect its dynamic internationalisation efforts over the past decade, ranking #1 in the International Students indicator and #17 in the International Faculty indicator.

The QS World University Rankings round out a banner year for the University of Nicosia, as the latest in a succession of recent distinctions. Indicatively, the 2021 Times Higher Education World University Rankings (THE WUR) ranked UNic among the Top 801-1,000 universities in the world. Along with its inclusion in the Top 1,000 THE WUR table, UNic was recognised by the 2020 Times Higher Education Impact Rankings (number 42 in the world in the core area of Quality Education), while also notably being awarded a 5-Star Institutional Rating as part of the 2020 QS Stars University Ratings System audit – joining an exclusive group of only 50 other universities globally.

Environment commissioner calls for action after beach built on

Where teachers spend the most time in the classroom

Primary schools reopen amid calls for compliance with protocols