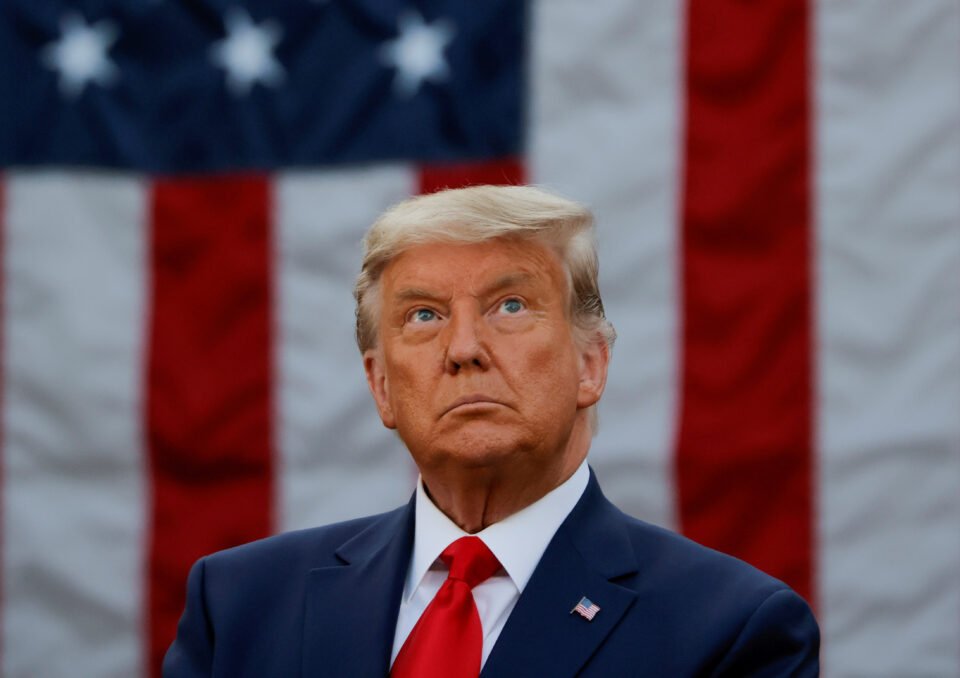 The Democratic-led U.S. House of Representatives voted 275-134 to meet President Donald Trump’s demand for $2,000 COVID-19 relief checks on Monday, sending the measure on to an uncertain future in the Republican-controlled Senate.

But even as Democrats helped secure approval for what the Republican president sought on stimulus payments, they spearheaded a House vote just a short time later to override his veto of a separate $740 billion defense policy bill. The rebuke, in Trump’s final weeks in office, would be the first veto override of his presidency if seconded by the Senate this week.

Trump last week threatened to block a massive pandemic aid and spending package if Congress did not boost stimulus payments from $600 to $2,000 and cut other spending. He backed down from his demands on Sunday as a possible government shutdown loomed, brought on by the fight with lawmakers.

But Democratic lawmakers have long wanted much bigger relief checks and used the rare point of agreement with Trump to advance the proposal – or at least to put Republicans on record against it – in the vote on Monday, less than a month before Trump leaves office.

The 275 votes for passage meant the stimulus proposal narrowly exceeded the two-thirds of votes cast needed. A total of 130 Republicans, two independents and two Democrats opposed the increased checks on Monday.

Trump, who lost November’s election to Democratic challenger Joe Biden but has refused to concede defeat, finally signed the $2.3 trillion package into law Sunday night after holding it up with a veiled veto threat. But he continued demanding $2,000 checks. The $2.3 trillion includes $1.4 trillion in spending to fund government agencies and $892 billion in COVID-19 relief.

It is not clear how the measure to increase aid checks will fare in the Senate, where some Republican lawmakers have complained that the higher amount would add hundreds of billions of dollars to the latest relief bill.

Increasing the checks would cost $464 billion, according to the Joint Committee on Taxation, which prepares cost estimates for legislation before Congress.

The Senate is due to convene on Tuesday, and Senate Democratic Leader Chuck Schumer said he would then seek passage of the higher checks bill in the chamber, where Republicans have the majority. Senate Majority Leader Mitch McConnell on Sunday made no mention of Senate plans for such a vote, after welcoming Trump’s signing of the relief bill.

Senator Bernie Sanders, an independent who has championed higher direct payments to Americans, threatened to stop the Senate from recessing for the New Year’s holiday until McConnell agrees to allow a vote on the $2,000 checks.

The coronavirus pandemic has killed nearly 330,000 people in the United States and led to widespread economic hardship, with millions of families relying on unemployment benefits and COVID-19 relief funds.

Global markets were buoyed after Trump approved the package. Wall Street’s main indexes hit record highs on Monday as Trump’s signing of the aid bill bolstered bets on an economic recovery and drove gains in financial and energy stocks.

PELOSI: ‘REPUBLICANS HAVE A CHOICE’

As the floor debate was under way, House Speaker Nancy Pelosi said: “Republicans have a choice, vote for this legislation, or vote to deny the American people the bigger paychecks that they need.”

Democratic Representative Dan Kildee said: “We would have included much larger payments in the legislation had he (Trump) spoken up sooner. But it’s never too late to do the right thing.”

Asked at the end of an event in Wilmington, Delaware, whether he supported expanding the coronavirus payments to $2,000, Biden replied: “Yes.”

Georgia Republicans Kelly Loeffler and David Perdue, who face crucial Senate runoffs next month that will determine who controls the chamber, welcomed Trump’s move, without saying whether the payments should be increased.

Republican Representative Kevin Brady said the bill does nothing to help people get back to work. “I worry that as we spend another half a trillion dollars so hastily, that we are not targeting this help to the Americans who are struggling the most and need that help,” he said.

The U.S. Treasury Department is anticipating sending the first wave of $600 stimulus checks to individuals and households as early as this week, as previously planned, a senior Treasury official said on Monday.

Unemployment benefits being paid out to about 14 million people through pandemic programs lapsed on Saturday, but will be restarted now that Trump has signed the bill.

The relief package extends a moratorium on evictions that was due to expire on Dec. 31, refreshes support for small-business payrolls, provides funding to help schools re-open and aid for the transport industry and vaccine distribution.

Also in the hands of the Senate, for a vote expected this week, will be whether to override Trump’s veto of the defense bill. In Monday’s 322-87 House vote, which met the two-thirds majority needed, 66 Republicans sided with Trump’s rejection of the bipartisan bill, underscoring deep divisions in the Republican Party.

Trump, who is angry that some Republicans have acknowledged his loss to Biden, vetoed the defense bill last Wednesday. He said he was against it because he wanted it to overturn liability protections for social media companies unrelated to national security, and opposed a provision to rename military bases named after generals who fought for the pro-slavery Confederacy during the Civil War.

House Majority Leader Steny Hoyer told reporters that Trump’s veto had been “stupid” and “small-minded.” “This was too irrational a move for the Republicans to rationalize,” the Democratic lawmaker said, predicting that the Senate would take similar action.