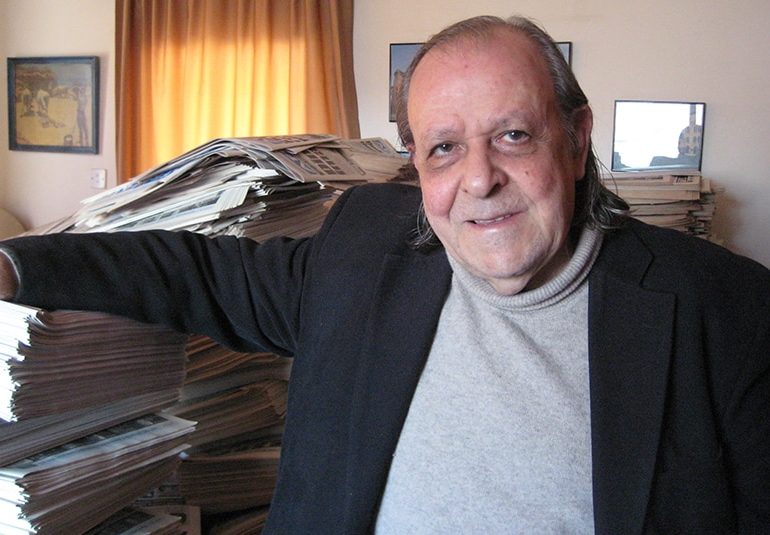 The MEPs informed their colleagues and the European Commission of Ankara’s decision to put the Avrupa publisher on trial in Turkey.

According to the letter, Turkey’s intention is a blatant violation of the freedom of expression of a distinguished European citizen of the Republic of Cyprus inside the EU.

For his activity, Levent has been awarded the European Citizen Award by the European parliament and the Union cannot remain indifferent, the MEPs said.

The six asked the EU to take the necessary measures to protect Levent and stop his prosecution.

Levent faces three criminal cases against him in an Ankara court for three separate articles he had written concerning Erdogan.

One was a June 1, 2016 article entitled The Kurds and us; the second suit concerns Zorba the Cypriot, dated February 1, 2018, and the third relates to a cartoon, published on December 8, 2017, of an ancient Greek statue urinating on Erdogan’s head.

The penalties for offending Erdogan range between one and four years in jail.

Levent said he refused to give a statement, but he denied the charges.

“What are they going to do? I am not going to that court; will they try me in absentia? Will they issue an arrest warrant against me? Let them issue one. I am still going to write what I must write. If I don’t, why am I publishing a newspaper,” he said.

In May last year, a court in the breakaway Turkish Cypriot state cleared Levent and reporter Ali Osman Tabak of charges of insulting and defaming Erdogan.

They were on trial for “insulting a foreign leader” after the newspaper published a cartoon showing the Greek statue urinating on Erdogan’s head.

The cartoon first appeared online at the time of Erdogan’s 2017 visit to Greece, and the paper later published it with the caption “seen through Greek eyes.”

Levent and Tabak were likewise acquitted of the second charge, that of “inciting hatred against a foreign leader with the aim of spoiling the friendly and peaceful relations between the two countries” – meaning Turkey and the breakaway regime.

In August 2018, the Republic said it had referred the matter to the Organisation for Security and Cooperation in Europe (OSCE) and the EU.

The government said it was seeking an intervention in defence of freedom of expression and freedom of the press since both have been monitoring the situation in the north and since both journalists are citizens of the Republic.

In January of that year, an angry mob attacked the paper after it likened Turkey’s Afrin operation in northern Syria to Ankara’s occupation of the north. Erdogan had called on his “brothers” in north Cyprus “to give the necessary response”.

Protesters threw rocks and eggs at the building smashing windows and brought the newspaper’s sign down causing substantial damage.

The paper and many politicians in the north said the aim of some of the protesters was to lynch the outspoken Turkish Cypriot daily’s staff.

‘We did it, sisters’: Argentina Senate votes to legalize abortion