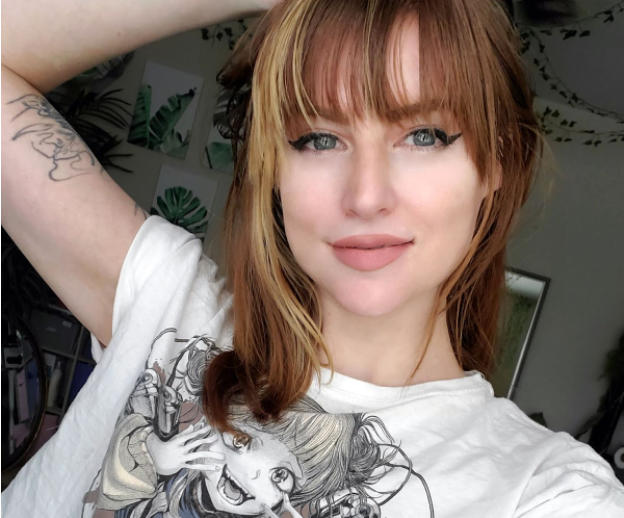 Retired Pro Gamer, Marajade Sith, has excelled at whatever she has done so far. Besides being a model and actress, the famous American Cosplayer also has a degree in Education, Art, and Biology. What many people don’t know about Marajade is that she is disabled, even though this doesn’t show.

Invisible diseases cause many misunderstandings. Marajade herself became tired of the lack of empathy she felt from people, including some doctors. For some years now she has taken a stance, becoming one of the strongest proponents of being open about disabilities and fighting for disabled rights.

Marajade was born in the US and spent six of her teen years in Germany. On her return to the states, she enrolled straight into college in pursuit of her dream to be an art, music, and science teacher.

It was during her college years that she started gaming professionally. She was part of a team playing Call of Duty 4, Modern Warfare, and Battlefield 2. After winning two Warhammer tournaments in 2007, Marajade suddenly got very sick. From this point on, her life changed drastically. She could neither teach nor travel on gaming tournaments.

Marajade spent 15 years in and out of hospitals undergoing countless tests. What struck her was that not all doctors were interested in listening. “Stigma, stigma, stigma. It’s very hard to convince people you are sick when you look fine on the outside,” she says. “Dealing with doctors and people who are very keen to classify you as a faker is hard. This finally led to me feeling anxious and depressed.

It was only last year that Marajade Sith was fully diagnosed. She now knows that she has Myasthenia Gravis, Hashimoto’s Disease, Small Fiber Neuropathy, Vitiligo, Fibromyalgia, and heart issues.

The first few years were a battle, her body was screaming for help that it wasn’t getting. Despite her problems, Marajade decided to start speaking against the misconceptions surrounding disabilities and looked for ways to keep herself busy.

She joined the SuicideGirls community as a model in 2013 and remains a member to this day. She feels it is thanks to their help that regained her confidence to show off her body. Streaming on Twitch helped her create a community of like-minded folks where she also created her unique artworks to sell.

In 2018, Marajade Sith started working on the TV show Uncultured. As one of the hosts, she traveled around looking for pop culture items to share with audiences. The show is currently on hold.

Despite her disabilities – she often spends quite a few days in bed – Marajade still takes on art commissions and creates online content. She is also an active Instagrammer and Facebooker with a strong following on both social media platforms.

The gorgeous redhead is an introvert, and cosplay allows her to come out of her shell. “I love bringing a favorite character to life or even creating a new one,” Marajade says. “Being in costume helps me overcome my shyness, especially when meeting new people. I love it when I can make others smile.”

Marajade is the name of her favorite Star Wars character, and the name she chose as a gamer. It has since stuck, and she added “Sith” a few years later. Sith has two meanings for Marajade, the first is from Sith Lord, while the second is derived from the words “sick in the head.” This came to her in 2012, as she was fighting severe depression and mental anguish. At the time, she had reached the point where she made several suicide attempts. Counseling helped her overcome these feelings, but the name stuck.

A realist, Marajade knows that her disabilities will continue to adversely affect her way of life. Before it is too late, she plans to continue the pursuit of her dreams and passions. Right now, Marajade Sith is working hard at getting her dog training certification.

Besides lending her voice to the recognition of all disabilities, her bucket list includes moving to Australia with her beloved husband and dogs.

Her final words of wisdom: “Be kinder to people, and don’t judge someone from an online photo. You never know what someone is going through. A negative remark is more damaging than anyone can ever imagine, and kind words have a remarkable impact!”

Adriaan Brits is a multi-sector analyst and business consultant with notable commentary on the S&P500. He loves to evaluate fast-movers and to be ahead of the trend