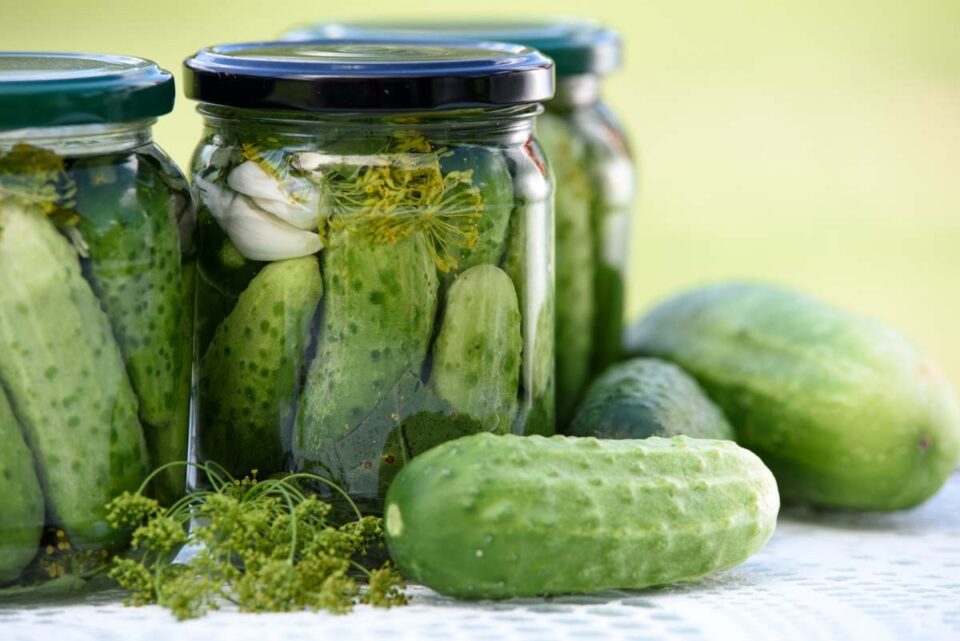 By Kenneth Symsack and Jeffrey Miller

Move over bacon and ranch dressing. There’s a new hot flavour in town.

A pickle craze is sweeping the US, with dill pickle toppings and seasonings in such high demand that they’re appearing on popcorn, chewing gum, seeds and nuts.

The pickle obsessed can now order a pickle pizza with a side of pickle potato chips and wash it down with a pickle beer.

Need dessert? Choose from pickle cotton candy, pickle ice cream and pickle marshmallows. Or you can head over to your local Sonic Drive-In and order a Pickle Juice Slush.

Yet for all the hoopla, pickles remain an acquired taste that some are never able to appreciate. Part of the reason may be rooted in your personality. But if you’re able to get over that initial aversion, pickles can become perfect complement to any dish.

In the US, pickles tend to be associated with the cucumber, but they can come from any fruit or vegetable preserved in an acidic solution or brine.

Having preserved food available regardless of the season allowed populations to grow and civilizations to develop. With their long shelf life, pickles helped humans traverse the world by foot, animal and boat; helped feed troops fighting in wars; and were also touted for various benefits such as preventing scurvy.

The popularity of the dill pickle – which many in the US consider “the” preeminent pickled fruit or vegetable – is attributed to two sources. Dutch farmers started growing cucumbers in Brooklyn in the 17th century that were eventually pickled and sold. Then, in the late 1800s and early 1900s, surges of Eastern European Jewish immigrants brought kosher dill pickles to New York City.

Yet as chefs and teachers, we’re not surprised that Burger King’s famed jingle, “Have it Your Way,” begins with the omission of the pickle: “Hold the pickles / Hold the lettuce / Special orders don’t upset us…”

For all there is to love about pickles – they can be crunchy, sweet and acidic – they possess certain qualities that can make some people squeamish.

For one, they’re sour.

Most pickles are sour because they soak for a long time in a salty brine. This long soak causes acetic acid bacteria known as acetobacter to grow and multiply. In a sense, pickles create their own vinegar, and that makes them sour.

The ability to detect a sour taste in foods likely came from our aquatic ancestors, who acquired the ability to determine the safety of their environment by detecting abnormalities in acidity.

There are also some evolutionary advantages for enjoying the mouth-puckering sensation. The same lactic fermentation necessary for early pickles also served as a green light for omnivores that a food was safe to consume, as lactic acid limits the reproduction of harmful bacteria.

This might explain why some have developed a taste for it and others haven’t.

In one study of children, their mothers, their ability to detect sour and their preferences for the taste, virtually all could accurately determine and rank acid levels in gelatin. However, some children preferred the highest concentration of acid levels – in other words, the most sour foods. Others blanched at it.

The authors indicate that it is unclear why this phenomenon occurs. They hypothesized that an affinity for sour flavours could be related to a child’s propensity for adventure. And there does seem to be a strong correlation between the aversion to sour in both children and adults and their unwillingness to try new foods.

Preservation methods also change food textures, and food aversions are rooted in texture as much as flavour or smell. The texture of a pickle can be offputting for some people; foods described as “slippery” or “slimy” are ranked at the top for adult picky eaters. Both words could be used to describe a pickle.

But if you can grow to appreciate the texture and taste, there’s a world of possible pickle pairings.

Pickles work well in so many dishes because the leading flavours in most main dishes are fat, umami, salt, something creamy and frequently something sweet. Pickles add acidity and crunch and balance out the dish. Burger King may sound eager to hold the pickle upon request, but a burger with a pickle – from a sensory perspective – is a better burger.

Seen this way, the pickle’s incorporation into pretty much everything starts to make more sense. Take, for instance, its surging popularity as a pizza topping. Much like that burger, pizza has yeasty bread, tomato sauce for acid and sweetness, mozzarella for fatty, rich, and creamy textures, and then all the other toppings you choose to put on to suit your needs.

In the case of the pickle pizzas, the most popular kind is served with a white sauce or olive oil, which adds even more fat and richness to an already-cheesy dish, giving the pie an unbalanced flavour profile. But pickles restore the flavour balance by introducing acidity and adding a texture that wasn’t there before. You’re also adding the temperature contrast and flavours of garlic, dill and subtle spice.

Dill pickle flavouring is versatile because of the combination of salty, sour and sweet, which allows it to complement so many items.

Take, for instance, potato chips or sunflower seeds. These are traditionally salty snacks with a relatively neutral flavour, which is why they so often have flavours added to them. Pickle flavouring adds sour and sweet – which are a classic, balanced duo – to the salty profile.

Pickle-flavoured foods are everywhere because the profile works well with almost anything. But if you want to avoid offending your friends with your pickle breath, you might want to avoid the pickle flavoured mints after dinner.

Kenneth Symsack is Instructor of Food Science and Human Nutrition, and Jeffrey Miller is Associate Professor of Hospitality Management, Colorado State University. This is article is reprinted from the Conversation under a Creative Commons licence

Circumnavigating Cyprus in the name of peace