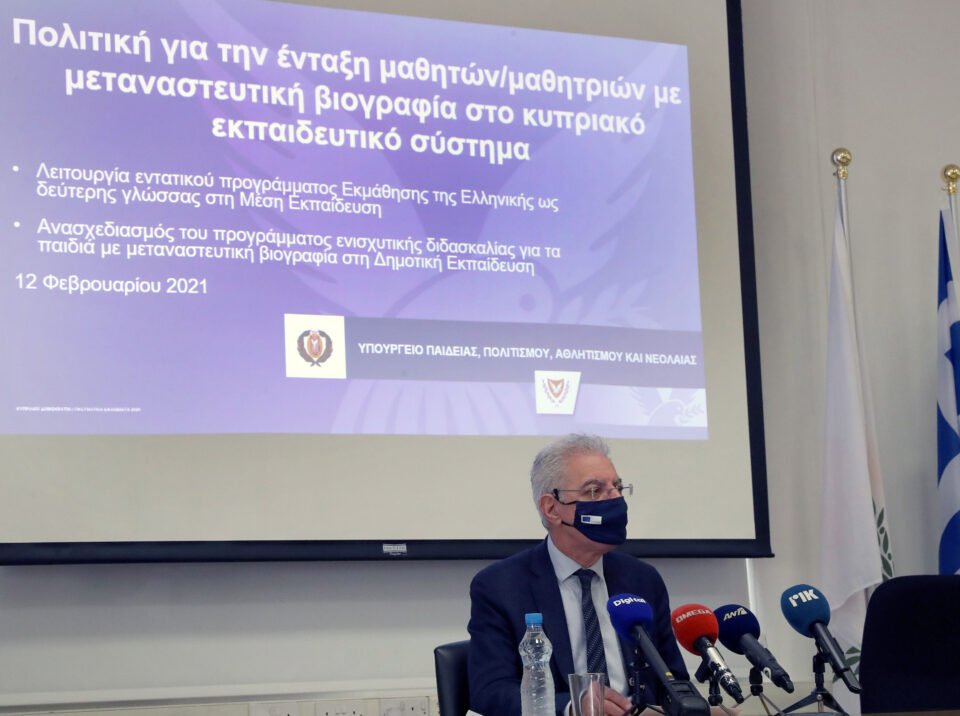 There are more than 17,000 children whose mother language is not Greek in the state education system, education minister Prodromos Prodromou said on Friday as he unveiled new programmes to boost language teaching for children with a migration background.

These children are usually from Syria, Romania, Bulgaria and Georgia, he said.

As from this year, additional programmes have been introduced for children who do not have Greek as a mother language, over and above the booster classes offered in previous years which he said had not been as effective as intended, despite the resources and efforts invested.

“While these children were attending school normally, frequently they did not get what they need from the school,” he said.

“We do not want them just be present at schools but to participate in the educational process, to get the education and to attain integration into society more generally, giving them the opportunities they are entitled to,” he said.

Learning the language is key, and with it comes familiarisation with history, culture, European values, and the social environment, he added.

Boosting the education and integration of children with a migration background is doubly important: there is the self-evident duty of public schools to offer quality education to all, he said. But also, children’s participation in the educational process improves the operation of the school and gives teachers more room to teach effectively.

One of the changes is that other than the initial diagnosis which begins in pre-primary, there will be regular progress evaluations to ensure that the children can be smoothly integrated in every grade.

Changes will touch on both quantity and quality.

In the former case, using programmes co-financed with the EU, there will be more teaching hours so that children can learn the language and be able to follow lessons. As regards quality, Prodromou spoke of a more ‘credible’ system of diagnosis to spot the need for booster language classes and to assess progress. Programmes will also be developed for teaching other than language classes.

Over and above more continuous assessment, the schools will introduce ‘transitional’ classes in the lower and upper secondary schools.

Schools with a significant number of pupils with a migrant background will have intensive Greek language classes with elements of history and culture (14 periods a week) as well as the simultaneous operation of two levels of learning Greek as a second language.

In primary education, about 80 teachers will be assigned to Greek language classes, while 126 teachers will offer booster classes.

Our View: Politicians always remember refugees when elections are nigh