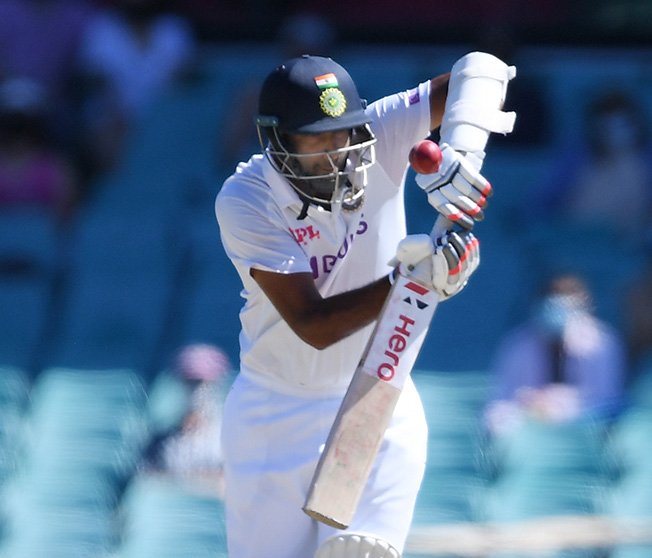 England were facing up to a huge defeat in the second Test against India after Ravichandran Ashwin’s brilliant century and the loss of three late wickets left them with nowhere to turn after three days in Chennai.

Joe Root’s side have been outplayed on all fronts on a pitch offering lavish spin from the first session of the match and, with a world record chase of 482 on the table, slumped to 53 for three at stumps.

Ashwin hit 106 from number eight to grind the tourists down in the field and was back in the game after swapping bat for ball, dismissing opener Rory Burns for 25.

Debutant Axar Patel took out Dom Sibley and nightwatchman Jack Leach with his left-arm spin and was flabbergasted not to add Root to his collection, when DRS failed to uphold a seemingly clearcut lbw.

Ashwin’s runs will perhaps go down as cosmetic if England fall several hundred short, as they well might, but it was no less impressive for that.

Not only did it quieten some of the more excitable critiques of the surface – which has drawn some extreme reviews from famous faces of yesteryear – but it further underlined his status as an authentic all-round great.

Long acknowledged as one his generation’s best spin bowlers he now has five Test hundreds to his name – three of which have come alongside a five-wicket haul. Only Sir Ian Botham, who managed that rare feat five times, can better that.

His five for 43 helped condemn the tourists to 134 all out first time around and he will have designs on another.

The situation was already stark for England as they started play 249 behind, but the first hour offered a chink of light as they picked up four wickets and basked in Ben Foakes’ exemplary glovework.

On the occasion of his 28th birthday, and with two years in the wilderness behind him, he took the chance to show off his value.

Having already top-scored from number seven the Surrey man completed two brilliant stumpings and an early run out on a pitch that made standing up to the stumps a desperately tricky affair.

With one stumping already in the bag, Foakes became the first England keeper since Alan Knott in 1968 to take three in a match. The rested Jos Buttler, by way of contrast, has one in 50 caps.

Cheteshwar Pujara was first to fall, run out after jamming his bat in the turf, before Foakes combined twice with Leach. Playing the role of ultimate opportunist to remove first-innings centurion Rohit Sharma he collected a spitting delivery at shoulder height as it zipped past the outside edge and flicked the bails in one smooth movement.

Rishabh Pant was next, the left-hander cut in two as the ball ripped through the gate. Foakes started well outside off but scampered across to take it cleanly down the leg side, parting the stumps as it settled in his gloves.

India slipped to 86 for five when Moeen Ali had Ajinkya Rahane caught at bat-pad then 106 for six when Patel was trapped lbw from round the wicket but that was as good as it got.

The tumble of wickets stopped when Virat Kohli was joined by Ashwin, with the pair gradually prising the enthusiasm from their opponents over the course of a 96-run stand.

Kohli was on a mission to avenge his day one duck, watching the ball intently, playing it in front of his eyes and scored with certainty. The only real surprise came when he was trapped lbw for 62 as Moeen attacked from round the wicket.

Ashwin had been using his own methods, using a big stride to smother the turn and scoring well with the sweep. He followed Kohli to 50 and became even more inventive after his skipper departed, swatting Olly Stone flat-batted for boundaries and slashing with and against the spin depending on length.

He lost Kuldeep Yadav to Moeen and Ishant Sharma to Leach, but got to three figures with the support of number 11 Mohammed Siraj and some powerful blows.

He was last out dragging Stone into his stumps but was soon back in the game, taking Burns’ edge on seven but seeing the chance canon off Pant’s knee. Sibley had no such luck, lbw for three stepping deep in his crease to Patel.

Ashwin had Burns caught at slip off a leading edge and Patel made a mockery of Leach’s arrival by having him caught at leg-slip for a golden duck.

That meant Root would face the music and he should have been lbw for two to Patel, whose appeal was turned down on the pitch and, less understandably, by the technology which appeared to wrongly judge the point of impact.

He will resume with the lively Dan Lawrence (19no) but the task appears doomed.