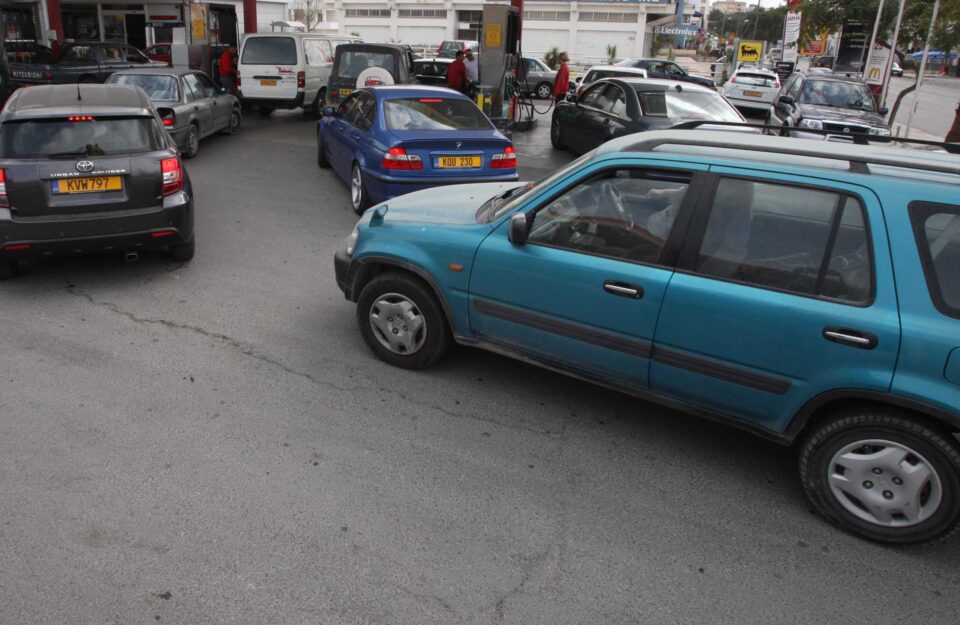 petrol stations saw a drop in revenue in 2021

The closure of crossing points a year ago cut off cheap lifelines for many shoppers, putting an end to the “great evil” of those buying cigarettes and petrol from the north and increased sales within the republic, industry sources told the Sunday Mail.

Greek-Cypriots who used to cross to the north to take advantage of the cheaper prices of cigarettes and petrol had to turn back to the republic’s market following the closure of the crossing points as part of the measures to contain the spread of Covid-19 on the island.

Although they were hit in the pocket, traders were more receptive to the move.

“We were certainly positively affected by the closing of crossing points,” head of petrol station owners’ association Stephanos Stephanos told the Sunday Mail.

The closure put an end to the “great evil” of those travelling to the north to fill their tanks with petrol which at times was half the consumer price in the south, he added.

The Secretary of the Association of Continuous Services Shops, which represents kiosks, Andreas Englezou also expressed his satisfaction over the end of the “betrayal”, as tobacco and cigarette sales at kiosks increased by 10 to 20 per cent since March.

But the ‘return of the prodigal son’ does not translate into profit.

“The increase in sales does not bring profit for us because of the high taxation on tobacco products,” Englezou explained.

The Republic follows the European Union’s customs agenda, which suggests that €1.10 per packet of 20 cigarettes and 34 per cent on the retail sale price is excise duty. The rate for fine cut tobacco was set at €150 per kilogram and at €90 per kilogram for cigars and cigarillos. The revenue of excise duties goes to the state.

The limited profit is reduced further if the client pays via card, the secretary added, as another percentage goes to JCC.

“The only one who benefits now is the government,” Englezou said, adding that his usual customers increased their nicotine intake over the same time period, which he attributed to the psychological effects of the pandemic.

Petrol stations also did not see a boost after the closure of checkpoints for the same reason: the lockdown. Petrol sales nationwide saw a reduction fluctuating from 30 to 40 per cent due to measures that restricted citizens’ movement.

According to Stephanou, the difference was that filling stations near the green line experienced a smaller reduction as more locals had returned as clients.

“The petrol stations closer to the crossing points might have seen a 20 per cent decrease during the pandemic,” he said.

Uncertainty prevails concerning the reopening of crossing points which would reopen the door to more attractively priced products.

“At the moment we cannot know what will happen once the crossing points reopen,” Stephanou said.

However, it is not just people crossing to the north that stock up on tobacco products, the illegal smuggling of tobacco products across the line is a long-standing issue that customs officials have struggled to tackle.

According to the Green Line regulation, the transfer of tobacco from the north to the government-controlled areas is forbidden, while the purchase of 40 cigarettes (two packages) is allowed for personal use.

Despite the hefty fines, “people will always find ways to bring them here,” Englezou said.