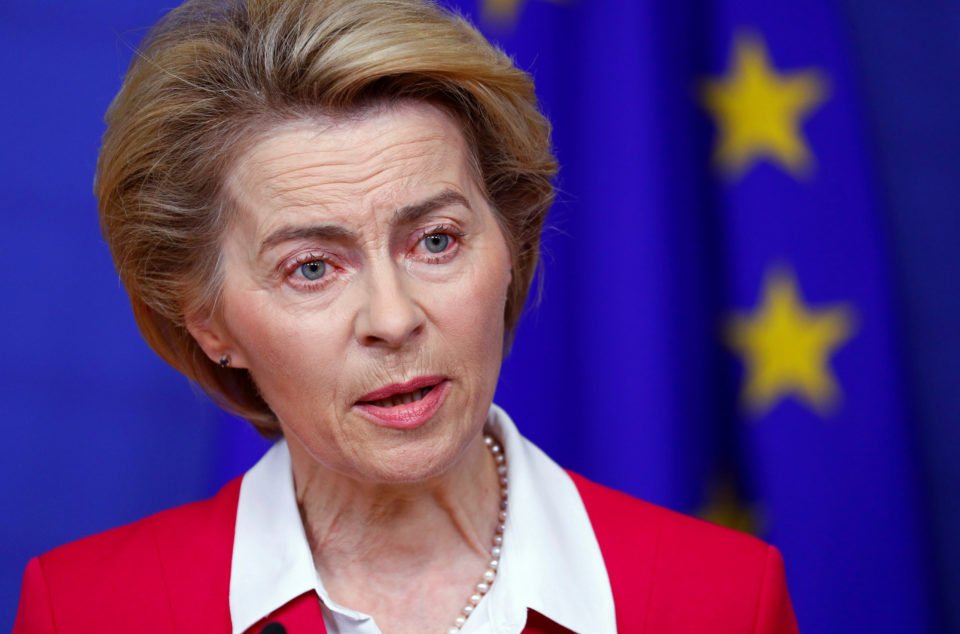 Any developments on the EU’s participation in the informal five-party summit next month in Geneva will be made known after the visit to Ankara by the presidents of the European Commission and European Council, President Nicos Anastasiades said on Tuesday.

No further details were given of the trip by the two top EU officials but it is part of a relaunch of relations approved by EU leaders last week after Turkey eased tensions in the eastern Mediterranean.

It is expected that von der Leyen and Michel will discuss the European Council’s decision on a positive agenda, subject to Ankara’s good behaviour in the region, the migrant issue, and human rights concerns with the Turkish president.

Reports in Cyprus said they would also bring up the Cyprus problem, including the EU’s wish to participate in the UN-led five-party summit slated to take place between April 27 and 29 in Geneva.

Anastasiades, during a visit on Tuesday to a halloumi production unit in Athienou, replying to an observation by a journalist that Turkey, a month before the five-party summit continues to be against the EU’s presence there said: ‘’It remains to be seen, after the visit of the President of the European Commission Mrs Ursula von der Leyen and President of the European Council Mr Charles Michel to Turkey.”

Though the EU has expressed interest in participating, Turkey and the Turkish Cypriot side object, arguing, among other things, the bloc is not an interested party. The island’s two communities and the three guarantors – Greece, Turkey, and the UK – agreed to attend an informal meeting under UN Secretary-General Antonio Guterres to discuss the way forward on the Cyprus problem.

The government, on the other hand, argues that the EU ought to take part in the summit since Cyprus is a member of the bloc and will continue to be so after a solution to the Cyprus problem.

Erdogan last held a formal summit with Michel and von der Leyen in March 2020, in Ankara.

Despite Turkey’s decision to withdraw from the Istanbul Convention protecting women from violence and a deterioration in human rights, the EU says it is willing to work towards expanding trade.

Both sides also aim to agree billions of euros in fresh EU support for Syrian refugees in Turkey.