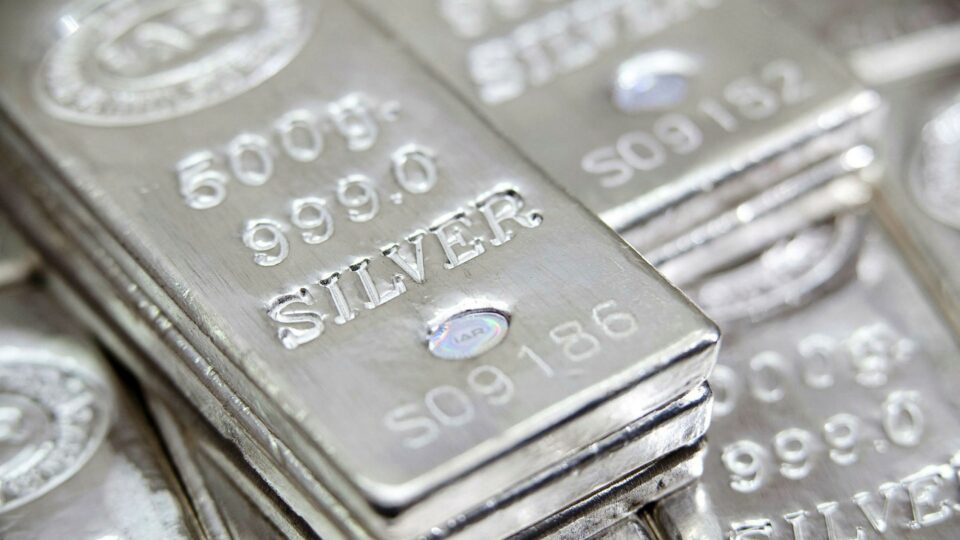 Silver saw a long rally last year, and it looks to continue to gain value throughout this one.

Global demand for silver will rise to 1.025 billion ounces in 2021, its highest in eight years, as investors and industry ramp up purchases, the Silver Institute said on Wednesday, predicting that prices would rise.

The coronavirus outbreak has driven investors to move back to traditional safe haven resources. Gold has benefitted greatly from this, and silver has done just the same.

The Silver Institute is certainly bullish in this context, and forecasts that purchases of bars and coins would rise to a six-year high of 257 million ounces in 2021.

As the value of silver increases, so does the share price of exchange traded funds (ETFs) that invest in the commodity. Reuters reports that these have grown strongly so far this year, helping push prices to an eight-year high of $30.03 an ounce on February 1.

What many analysts say is that silver, when it is high demand, outperforms gold Historically, bull cycles for precious metals make silver a good investment, and we appear to be in a period where this is likely to happen.

“The outlook for the silver price in 2021 remains exceptionally encouraging, with the annual average price projected to rise by 46 percent to above $30,” the Silver Institute said.

“Given silver’s smaller market and the increased price volatility this can generate, we expect silver to comfortably outperform gold this year.”

Demand for silver is also fuelled by the great move to green energy.

In a report published Wednesday, analysts at the Canadian bank CIBC said that they are bullish on silver and silver producers because it is needed in solar panels. The analysts expect to see significant growth in solar power demand.as the US and Europe seek to increase the share of renewable energy in power generation.

The analysts noted that solar power currently accounts for only about 10 per cent of global generation, which means the sector has plenty of room to grow. The analysts expects solar power to double by 2025.

“The continued focus on renewable energy worldwide, as well as re-engagement and leadership from the US, provides a favourable backdrop for future growth in solar power,” the analysts said in the report.

The forecast from these analysts remains fairly bullish on the precious metal. In the report, the bank said that it sees silver prices averaging the year around $32 an ounce.

Technical analysts, who look only at price movements, see the price of silver moving through key levels of resistance (meaning that it is getting higher than expected).

“If we can break above the recent highs from a couple of months ago, then the market is likely to go much higher. At this point on, the market is likely to see pullbacks as buying opportunities and therefore it looks as if silver is ready to turn around and go higher, perhaps reaching towards the $28 level,” say analysts from FXEmpire.

The restart of the global economy as the vaccination rollout is completed should also be good for silver.

“The reopening trade suggests that there will be a lot of industrial demand going forward, and that of course is a major driver of where silver goes. All things been equal, this is a market that we think is trying to make a move, but it is obvious that we will continue to see noisy behavior. Longer-term, we are bullish on silver, but we also recognise that you need to be very cautious about your position size as silver tends to be extraordinarily volatile. With that in mind, scale into a position only when it works out,” the FX Empire analysts warned.

Analyst Crispus Nyaga at Investing.com says that “the silver price has become boring after a bumper start of the year that saw it crack the $30 resistance level.” Today, silver is trading at $25.15, which is slightly above last week’s low of $23.78.

But one should not be concerned by the slight drop in price since the past week, Nyaga noted. “Demand is expected to rise because of the recent stimulus deal in the US. Further, recent numbers have shown that the manufacturing sector is doing well. Therefore, a strong manufacturing sector is usually a positive thing for silver because of its industrial qualities,” he added.

Gold will pull its weight

James Steel who is the Chief Precious Metals Analyst at HSBC said that gold jewellery, bars and coin market have been doing pretty well.

Steel says that many people attribute golds rally to the response after the Covid-19 pandemic but gold was already rallying prior to that.

“It was up 18 per cent There are well-founded fundamental reasons that caused gold to move higher. Safe haven demand is still there”

Gold is trading at $1,740, which is slightly above the lowest level last week.