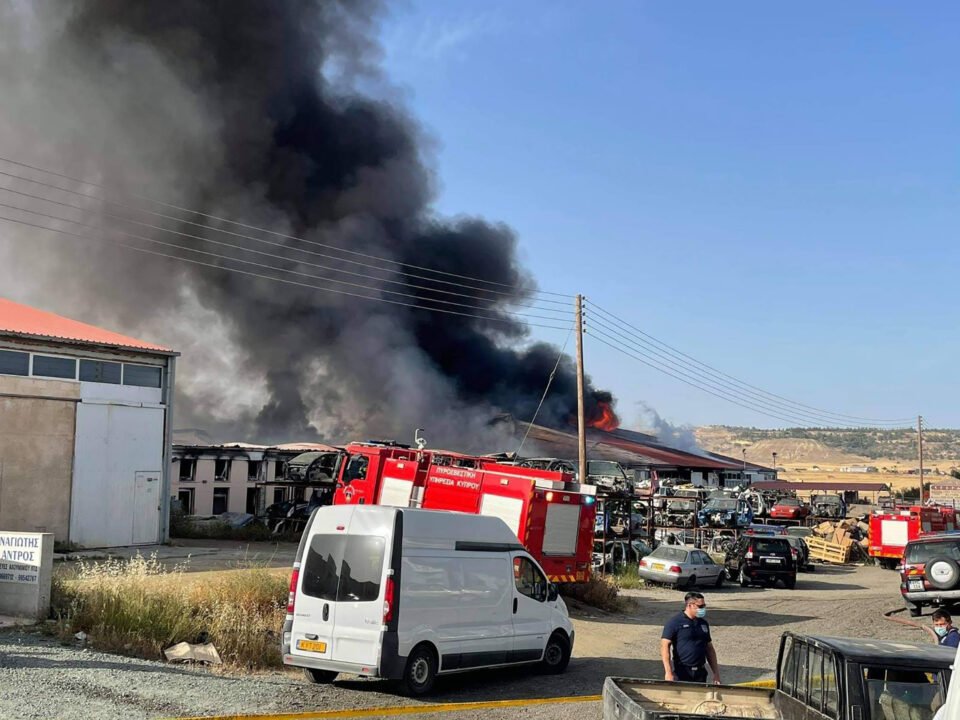 A fire that broke out in the industrial area in the Larnaca district was brought under control late on Thursday, but not before it gutted a warehouse.

Fire service spokesman Andreas Kettis said crews would remain in the area on standby throughout the night as a precaution for any flare-ups.

The blaze broke out in the warehouse in the early afternoon. Initially the fire service dispatched three trucks, later assisted by three more vehicles.

Firefighters managed to secure the perimeter and protect an adjacent premises on the northwest side of the building.

The precise causes of the fire will be investigated on Friday during an inspection of the site by the police, the fire service and the electromechanical services.

The warehouse that burned down completely measured approximately 200 by 60 metres. The building stored spare parts for cars.