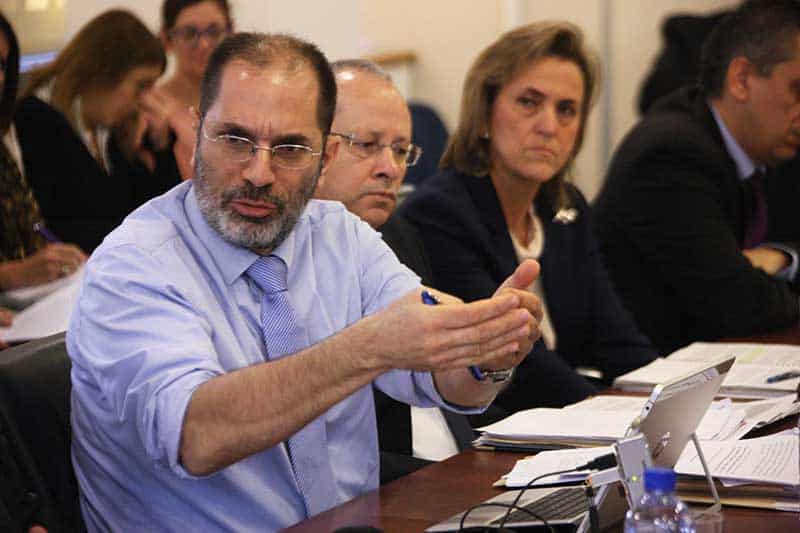 Auditor-general also being sued for defamation

The producers behind Jiu Jitsu – the Nicolas Cage sci-fi/action film shot in Cyprus in 2019 – are taking legal action against the government with two lawsuits.

Jiu Jitsu, directed by Greek-American filmmaker Dimitri Logothetis, was made under the cash rebate scheme launched by the Cyprus Investment Promotion Agency (Cipa), and initial plans would have seen his next project Man of War shot here as well.

However, in a press conference earlier this month Logothetis and his Cypriot co-producer Chris Economides announced their decision to pull out of Cyprus, due to a combination of factors which make it impossible to go forward with Man of War, primarily the continued non-payment – 17 months later – of the €8 million they are owed under the scheme.

But they are also bringing a defamation case against the Republic of Cyprus, the auditor-general’s office and Chrysanthos Tsouroullis of Sigma channel, representing lawyer Yiannos Georgiades told the Cyprus Mail.
Sigma gave the false impression that auditor-general Odysseas Michaelides’ upcoming report on the rebate scheme would uncover salacious details of the production running away with the money, Georgiades said.

There were even allusions to a potential link between the film production and the passport scheme scandal, which does not stand, he added.

“When the report actually came out in late March, it proved that these claims were not true,” Georgiades said, explaining that it was still damaging as it made particular reference to Jiu Jitsu, negatively examining its box office and critical reception, both of which are irrelevant to the functioning of the scheme.

During the press conference, producers noted the unfairness of the report, which they called “completely false”, ignorant of how such schemes operate, and potentially defamatory.

The second suit is against the management of Cipa for negligence, breach of contract and unlawful acts and omissions which have resulted in damages for the production team.

This mainly has to do with Cipa not adhering to the terms of the contract, as well as huge delays in payments which meant that Man of War, which had been in pre-production, could not go ahead as planned.

Operated by Cipa and overseen by the finance ministry, the scheme was introduced by the Cypriot government as an effort to boost the economy through investments in film, TV and documentary production on the island.

It offered a package of incentives for productions, such as a choice between cash rebate or tax credit, as well as tax discounts on investments made on equipment and infrastructure and VAT returns on expenditure in scope.

This was viewed as a way of creating local jobs and boosting the tourist industry through showcasing the country, its terrain and culture.

Jiu Jitsu is currently first among the top ten most watched films on Netflix Canada, and previously took the fourth spot on the same list for Netflix US. The Cyprus government stood to make money from the production, and even more from Man of War.

The issue arose when producers did not receive the promised rebate, which as stated by the terms of the scheme should have been paid after filming was completed and on receipt of the audit report.

Not only were there two audit reports – one ordered by the government and another by the production team – but the terms of the contract for Man of War changed unexpectedly, which caused huge delays and offered less attractive terms, according to Georgiades.

Further legal action is being planned in Los Angeles.

“This will reflect badly on the island’s reputation and has probably destroyed its hopes of building a film industry through the scheme,” Georgiades said.

“If you don’t pay on time,” Logothetis said during the press conference, “and you don’t treat a producer properly – they’re going to leave. And so, you win. Everybody wants to win an argument – fine, you won the argument. We’re gonna take our movie, take our money, and we’re gonna go somewhere else. Thank you.”

Our View: No excuse for Easter lockdown