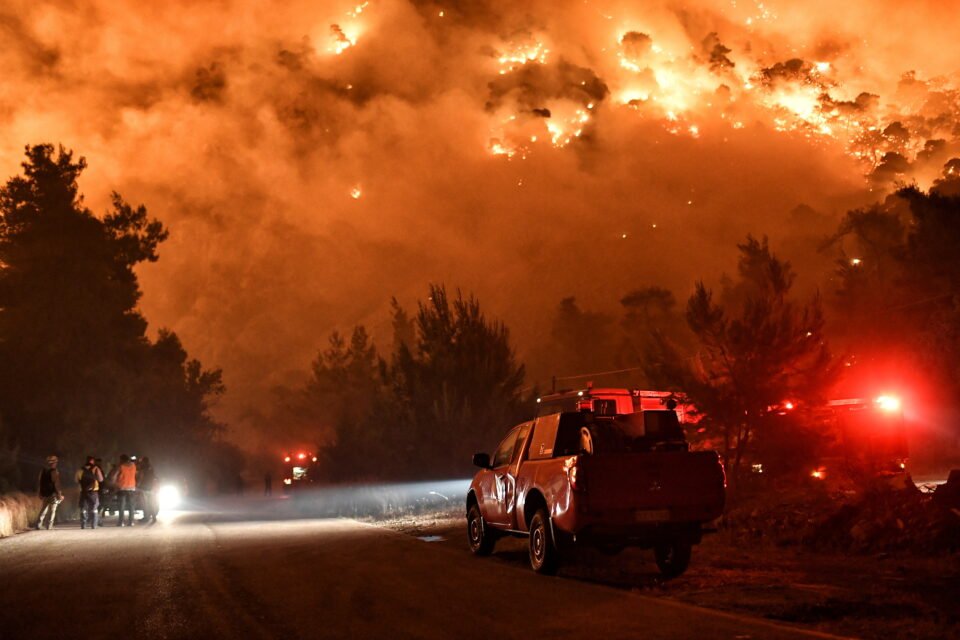 Flames rise as firefighters and volunteers try to extinguish a fire burning in the village of Schinos, near Corinth, Greece, May 19, 2021. Picture taken May 19, 2021. REUTERS/Vassilis Psomas

Greek authorities moved more people to safety on Thursday as firefighters battled a forest fire that spread from the Corinth region of southern Greece to western Attica, they said.

No deaths were reported in the blaze that broke out on Wednesday night in a forest at a small seaside holiday resort at the Corinth Gulf on the Peloponnese peninsula, about 90 km from the capital, Athens.

Six villages and two monasteries in the Gerania mountains were evacuated, while residents at another village were told on Thursday to leave their homes as the blaze, fanned by strong winds, moved eastward and crossed into western Attica.

Many Athenians woke up to the smell of fire and thin clouds of smoke could be seen from many parts of the city.

“We are mainly talking about settlements 90% of which are holiday homes,” fire brigade spokesman Vassilis Vathrakogiannis told Reuters, adding that the fire was burning wooded land and thick vegetation.

More than 180 firefighters were battling the blaze, backed by 62 fire trucks, 17 aircraft and three helicopters, the fire brigade said on Twitter.

House reconvenes to assess laws sent back by President

Why dogs sometimes reject food and what to do about it