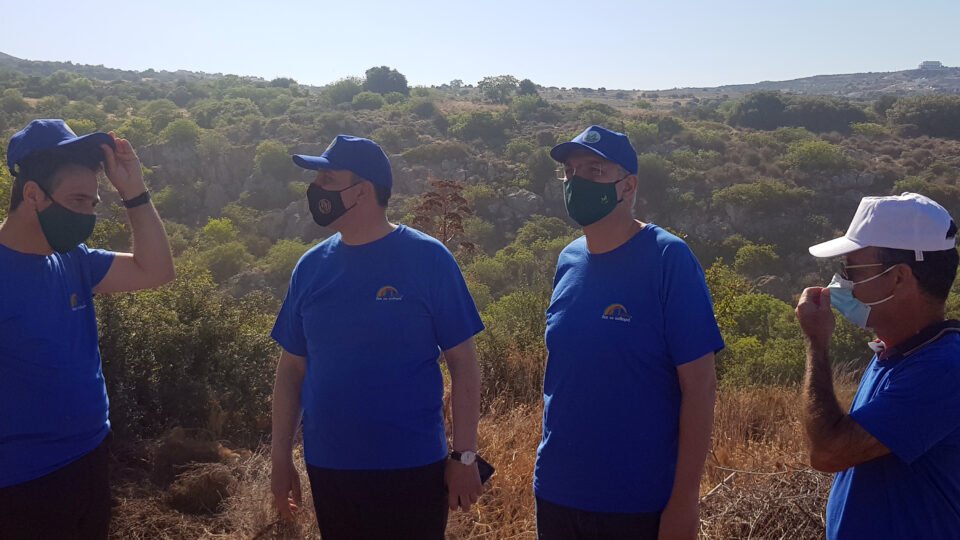 An island wide clean-up campaign was launched by Agriculture Minister Costas Kadis in Anavargos village in Paphos on Friday.

The campaign, “See it clearly,” is organised by the ministry in collaboration with the commissioners of environment and volunteering and the ministry of interior.

The aim is to reverse the degradation of the natural environment and the risks to public health.

Kadis and Paphos Mayor Phedonas Phedonos attended a refuse collection operation in Anavargos to launch the project. Kadis stated that the campaign urges “all citizens to adopt attitudes and practices through which we will see our homes and our country clean”, the Cyprus News Agency reported.

“The few tarnish the image,” the minister noted, adding that recently the state of the countryside does not reflect well on anyone. He referred to scenes such as those he witnessed in Anavargos to urge the public need to be more aware and not create huge problems to the environment and public health.

Phedonos welcomed the minister in Anavargos with a bouquet of flowers to mark his name day.

Efforts to clean up problem areas and keep Cyprus tidy are vitally important and show respect for both the environment and cleanliness, Phedonos said. “As of today, the message is all over Cyprus, ‘See it clearly’, and we will all see clearly by cleaning every corner of our city.” 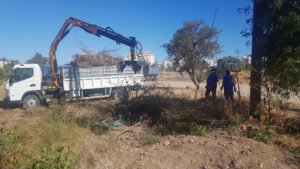 The campaign is structured using three pillars, cleaning, checks and awareness, he said.

The first pillar concerns the cleaning of the points where there is a systematic dumping of rubbish. The second is monitoring and prevention to check the points after their restoration and prevent the uncontrolled accumulation of waste. The third will inform and raise public awareness, with the aim of encouraging voluntary participation and creating a “green consciousness”.

“With sensitised citizens we can certainly hope for better days.”

The project is also divided into two phases, the first phase will be implemented in May and June, where around 25 areas full of garbage will be cleared; many more will be cleaned in the autumn. Simultaneously, dozens of other less polluted areas will be cleaned by groups of volunteers under the supervision of the commissioner for volunteerism.

Kadis announced that in addition to local government inspectors, a large number of the public service workers will visit sites to monitor the areas that and impose substantial penalties to anyone who commits an offence.

The minister also congratulated Phedonos for the initiatives he has already taken.

On its own initiative, the Municipality of Paphos started its own campaign to proceed with the cleaning of sites that have been polluted and must be congratulated, he said.

In the past few months, Paphos has undertaken a substantial clean-up campaign, removing 1,100 trucks of debris and rubbish from the city and previously, 3,000 trucks of rubble were removed. The aim is to make Paphos both clean and green, the mayor said.

Where conditions permit in cleaned areas, the municipality has planted new trees and installed special signs to call the public not to dump rubbish or to pollute the environment again.

The minister thanked and congratulated all those participating in the effort, and to be assured of the ministry’s support to see a clean Cyprus.

Hopefully, the above information has clarified things for you. As it was previously mentioned, if you are not sure whether you want to allow the cookies or not, it is usually safer to leave cookies enabled in case it interacts with one of the features you use on our Site. However, if you are still looking for more information, then feel free to contact us via email at [email protected]s-mail.com