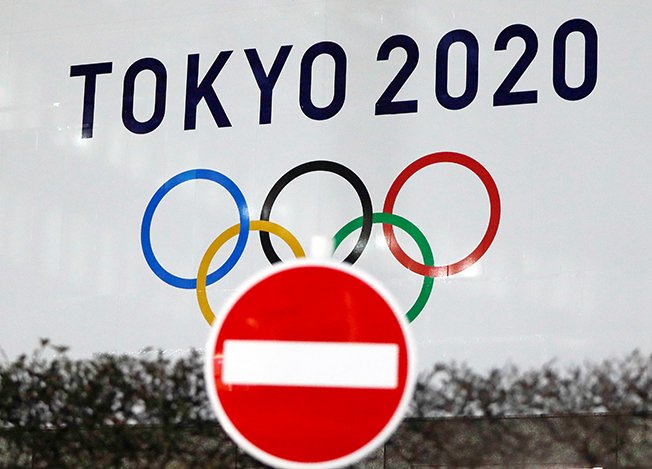 Japan’s most senior medical adviser said on Wednesday that hosting the Olympics during a pandemic was “not normal” while media reported thousands of volunteers quitting in advance.

Most Japanese oppose holding the Olympics – due to start on July 23 after postponement from last year – while doctors fear the event would strain a healthcare system seeing record numbers in critical condition and struggling to vaccinate the nation.

In one of the strongest warnings yet, government medical adviser Shigeru Omi said organisers should explain to the public why they are going ahead.

“It’s not normal to hold the Olympic Games in a situation like this,” Omi told a parliamentary committee.

Potentially, thousands of athletes, officials and media would descend on Japan, where last week a state of emergency in Tokyo and other areas was extended to June 20.

Only 2.7% of Japanese have completed inoculations, a Reuters tracker shows, though the pace of new infections has slowed.

In addition to measures like banning loud cheering and high-fives, the Yomiuri daily said this week the government was considering whether spectators – if allowed in at all – should be asked to show negative test results taken within a week of attending an Olympic event.

Olympic advertisements are sprinkled around Tokyo but many sponsors are uncertain how to proceed with advertising campaigns or marketing events because organisers are yet to decide if domestic spectators would be allowed into venues.

Around 10,000 of the 80,000 volunteers who signed up to help at the $15.5 billion event have quit, public broadcaster NHK said on Wednesday, citing the organising committee.

“There’s no mistake that concerns over the coronavirus could have factored in,” as well as scheduling conflicts due to the postponement, the daily Nikkei quoted Tokyo 2020 organising committee CEO Toshiro Muto as saying about the volunteers.

However, fewer volunteers would not impact operations given no foreign spectators and a downscaling of events, he added.

In rare cheer for the Games organisers, the Group of Seven leaders plan to reiterate their support for Japan’s hosting at an upcoming summit, Kyodo news agency said.

Omi said that if the Games were to be held under the current circumstances, “then I think it’s the Olympic organisers’ responsibility to downsize the scale of the event and strengthen coronavirus control measures as much as possible.”

With overseas spectators already banned and Tokyo’s state of emergency meaning restaurants are not selling alcohol and mostly close by 8 p.m., the atmosphere in the run-up has been subdued.

“It’s only when there is a clear reason to host the Games that the public will get on board…it’s very important for those involved in the Olympics to clarify their vision and the reason for hosting the Games,” added Omi.

The soft-spoken Omi’s unusually stark comments contrasted with Japanese Prime Minister Yoshihide Suga and organisers who have reassured the world they can stage “safe and secure” Games.