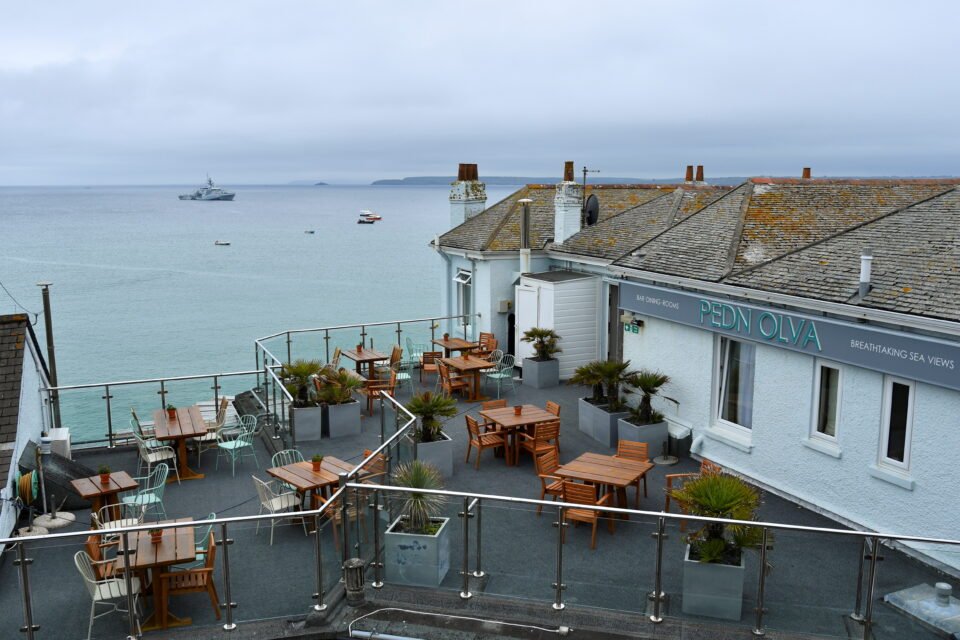 The Pedn Olva Hotel after it was closed due to a guest contracting coronavirus disease (COVID-19), during the G7 leaders summit, in St Ives, Cornwall, Britain, June 10, 2021. REUTERS/Dylan Martinez

A hotel, which British media reported was being used by members of Germany’s delegation to a Group of Seven summit in England, has closed because members of staff tested positive for COVID-19, its owners said on Thursday.

The Pedn Olva hotel in St Ives, a seaside town adjacent to the location of the three-day G7 leaders’ meeting in Cornwall, southwest England, had shut temporarily on advice from health officials and the local authority, the owners said.

Among the guests were security staff for the German delegation and a media team working for a U.S. broadcaster, Sky News reported.

“Following extensive discussions over the last few days with PHE (Public Health England) and Cornwall Council, we have taken the decision to fully close the hotel,” said a spokesperson for the owners, St Austell Brewery.

“We fully appreciate the inconvenience given the limited accommodation options available in the area at the moment but the safety and security of our team and guests is our upmost priority.”

The spokesperson said the hotel would reopen once a full COVID-19 deep clean had taken place and there were enough staff to run it.

Leaders of the Group of Seven (G7) wealthy nations begin a three day meeting in Cornwall, England, on Friday, discussing issues ranging from COVID-19 vaccines and economic recovery to climate change and geopolitics.

The G7 is made up of the United States, Britain, Canada, France, Germany, Italy and Japan. Representatives from the European Union also attend. This year South Korea, South Africa and Australia will attend parts of the summit. India, also an invited guest, will participate in some of the summit virtually.

Early afternoon – Leaders meet for a socially-distanced family photo on the beach at Carbis Bay.

Evening – Leaders and their partners travel to the Eden Project – a series of bio-domes that create a rainforest environment. Here they will attend a reception with Queen Elizabeth, heir Prince Charles, and his son Prince William and his wife Kate.

After the reception, leaders have dinner of locally caught roasted turbot followed by strawberry pavlova.

Leaders and guests have a barbecue on the beach, including steak and lobster, followed by hot buttered rum and toasted marshmallows.

Leaders are expected to issue a communique.

WHAT COUNTRIES ARE PLEDGING ON VACCINE DOSES

U.S. President Joe Biden plans to buy and donate 500 million doses of the Pfizer Inc coronavirus vaccine to more than 90 countries. He has also called on the world’s democracies to do their part to help end the pandemic.

U.S. drugmaker Pfizer and its German partner, BioNTech , will provide 200 million doses in 2021 and 300 million doses in the first half of 2022, which the United States will then distribute to 92 lower-income countries and the African Union.

British Prime Minister Boris Johnson said that “the G7 will pledge to distribute vaccines to inoculate the world by the end of next year, with millions coming from surplus UK stocks.”

Britain says that G7 leaders are expected to agree to provide 1 billion doses via dose sharing and financing to end the pandemic in 2022.

Johnson has pledged to donate at least 100 million surplus coronavirus vaccine doses within the next year, including 5 million beginning in the coming weeks.

European Commission President Ursula von der Leyen has said the European Union aims to donate at least 100 million COVID-19 vaccine doses to low- and middle-income countries by the end of 2021.

That includes a pledge by France and Germany to donate 30 million doses each, with Italy donating 15 million doses.

France has also said it has donated 184,000 doses of AstraZeneca’s COVID-19 vaccine to Senegal through the COVAX vaccine-sharing programme.

Japan has said it will donate about 30 million doses of vaccines produced within the country through COVAX.

Reuters has reported that Canada is in talks to donate excess doses through COVAX, although it has not yet made public any firm commitment of donations, or said how much it plans to donate.

COVAX, backed by the World Health Organization (WHO) and the Global Alliance for Vaccines and Immunization (GAVI), aims to secure 2 billion vaccine doses for lower-income countries by the end of 2021.

WHO Director-General Tedros Adhanom Ghebreyesus has said the pandemic is being perpetuated by a “scandalous inequity” in vaccine distribution.

Before the new pledges this week, some 150 million doses had been pledged to COVAX, far short of the 250 million needed by the end of September, and a target of 1 billion by year-end.

Over 2.2 billion doses of COVID-19 vaccine https://graphics.reuters.com/world-coronavirus-tracker-and-maps/vaccination-rollout-and-access have been administered worldwide, and around 560 million of those have been given in G7 countries alone.

The global population is estimated at around 7.8 billion people, about a quarter of whom are younger than 15. Most approved COVID-19 vaccines are two-dose shots.

Getting started with power tools for aspiring DIYers