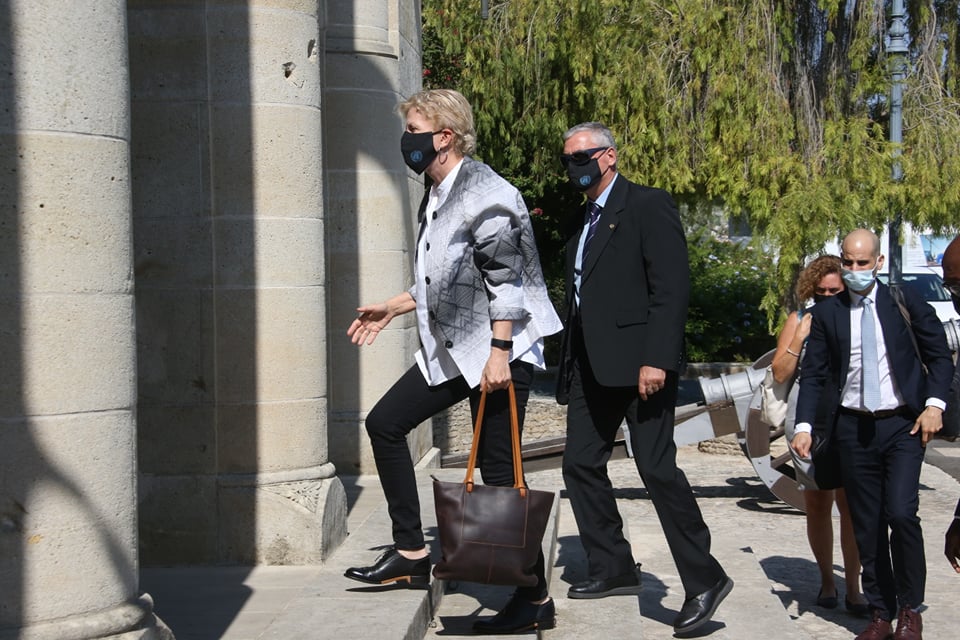 As was widely expected, the latest visit by the UN secretary-general’s envoy, Jane Holl Lute, came to nothing. The Turkish Cypriot leader, Ersin Tatar, did not budge from his line on sovereign equality, which is the condition for engaging in any form of dialogue, while President Anastasiades referred to his readiness to participate in another informal conference and repeated his proposal for confidence-building measures.

It does not need to be said that Tatar’s condition of sovereign equality – another phrase for recognition – will never be met by Anastasiades, who has the full backing of the Greek Cypriots on this issue. In short, any talk of finding common ground belongs to the realm of fantasy something that has not prevented Lute from continuing her doomed mission. She reportedly discussed some ideas with the two leaders on Tuesday’s visit with a view to holding another five-party conference but, as usual, got nowhere.

Now, it is being said, we will have a clearer picture when Anastasiades meets the UNSG Antonio Guterres in Brussels on the sidelines of the European summit on Friday. Meanwhile Tatar also demanded a meeting with Guterres in Brussels on the grounds of equal treatment and has been satisfied. Anastasiades’ meeting most probably will be focused on the renewal of the Unficyp mandate, which is considered of vital importance by the Greek Cypriots, rather than any talk for another conference.

Anastasiades’ rhetoric does not seem to suggest he is particularly interested in exploring any other possibilities, while Tatar’s uncompromising stance seems to suit him as it ensures the maintenance of the status quo through no fault of the Greek Cypriot side. As for the continuing visits by Lute, these will probably persuade the UN Security Council to renew the Unficyp mandate for another six months on the grounds there was some low-level peace procedure still in motion.

For how long will the UN take part in a process that leads nowhere? A few months ago, Disy leader, Averof Neophytou, warned that if there was no settlement by the summer, which is already here, we would lose Varosha and our EEZ. He proposed that Anastasiades went to the informal conference and accepted political equality, without conditions, in order to secure acceptance for the bizonal, bicommunal federation. Anastasiades avoided such a move in Geneva, even though we cannot know whether there would have been a breakthrough if he had done so.

Meanwhile, Anastasiades has been engaging in hardline rhetorical flourishes like Tuesday night’s when he declared, “I will never allow the turning of Cyprus into a Turkish protectorate and I will fight this with all my powers.” Has it escaped his notice that the occupied part of Cyprus has become, not a protectorate, but a province of Turkey?