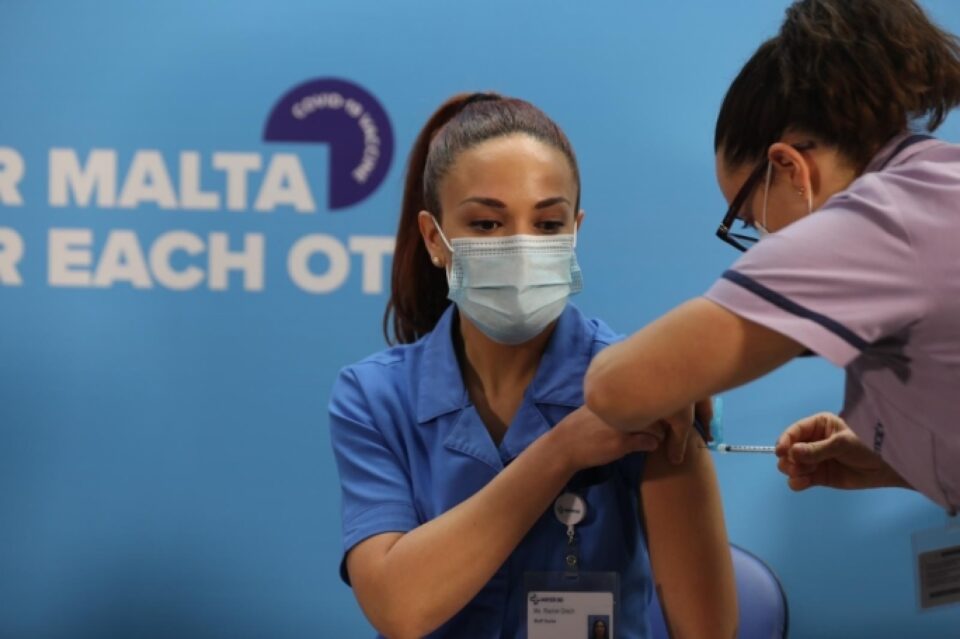 Getting vaccinated in Malta.

Malta will ban all visitors from entering the country as from Wednesday unless they are fully vaccinated against Covid-19, Health Minister Chris Fearne said on Friday.

“We will be the first EU country to do so, but we need to protect our society,” Fearne told a news conference.

He was speaking after the small Mediterranean island saw a doubling of new cases of Covid-19 every day since Monday.

To date, tourists could come to Malta if they were fully vaccinated or could produce a negative PCR test. The only exception being British tourists who already needed to be fully vaccinated because of the prevalence of the Delta variant there.

Fearne said the recent spike in new cases had been among visitors who, while having produced a negative test before boarding the plane, were unvaccinated. The vaccinations are less effective against the Delta Variant, but do prevent infection in a majority of cases.
The majority of them were young people attending English language schools. Such schools will be ordered closed from Wednesday.

The minister said Malta only recognised vaccination certificates issued by the European Union and Britain.

He said the EU’s so-called ‘green certificate’ currently certifies people who are fully vaccinated, or who test positive or have recovered from the virus.

“From Wednesday we will only recognise that part of the EU certificate about people being fully vaccinated,” he said.
The only exception will be unvaccinated children aged between 5-12, who will be allowed into Malta if they have a negative test and are accompanied by fully vaccinated parents.

Malta has fully vaccinated 79 per cent of its adult population and is looking to raise that figure to 85 per cent.

Malta had several days when it had no new Covid-19 cases in June, but numbers have risen sharply this week, hitting 96 on Friday. The positivity rate has risen to 1.18 per 100 tests.