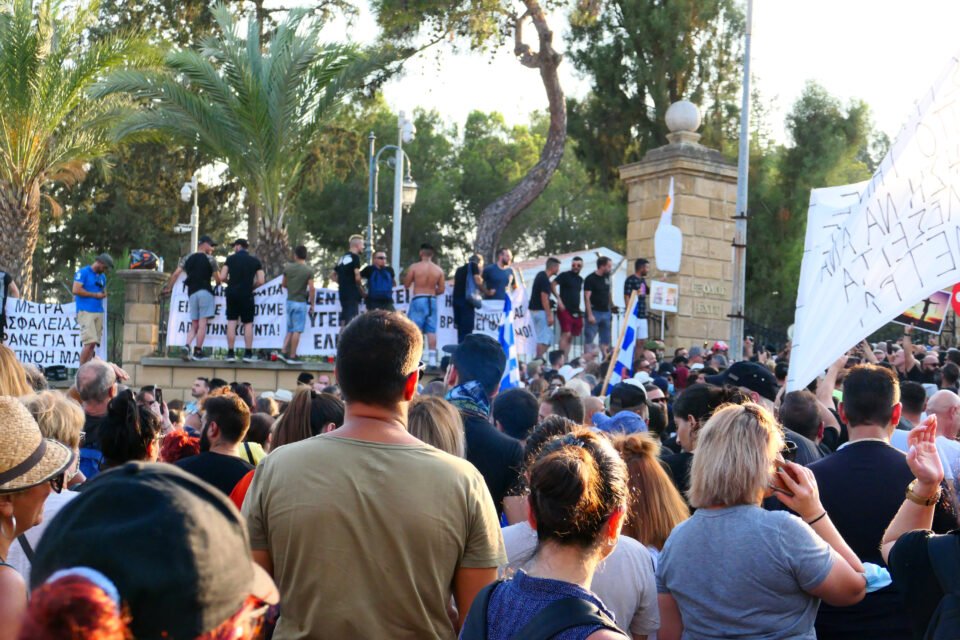 File photo of Sunday's protest outside the presidential palace

A foreign press photographer was attacked by protesters last Sunday, who beat him and tried to take his cameras, the journalists’ union said on Tuesday.

The union said Associated Press photographer Petros Karadjias had been assaulted while covering the protest outside the presidential palace, organised by various groups against vaccines and government measures to stop the spread of the virus.

Karadjias was taken to hospital where he was treated for lacerations and blows to various parts of his body.

The photographer was attacked by around 10 people who were trying to take his cameras, beating him in the process.

Karadjias reported the assault to police.

The union condemned the attack, urging the authorities to investigate the incident thoroughly.

The protest, attended by thousands of people, ended up in violence as protesters clashed with police and later attacked private Sigma television, burning cars and destroying other property