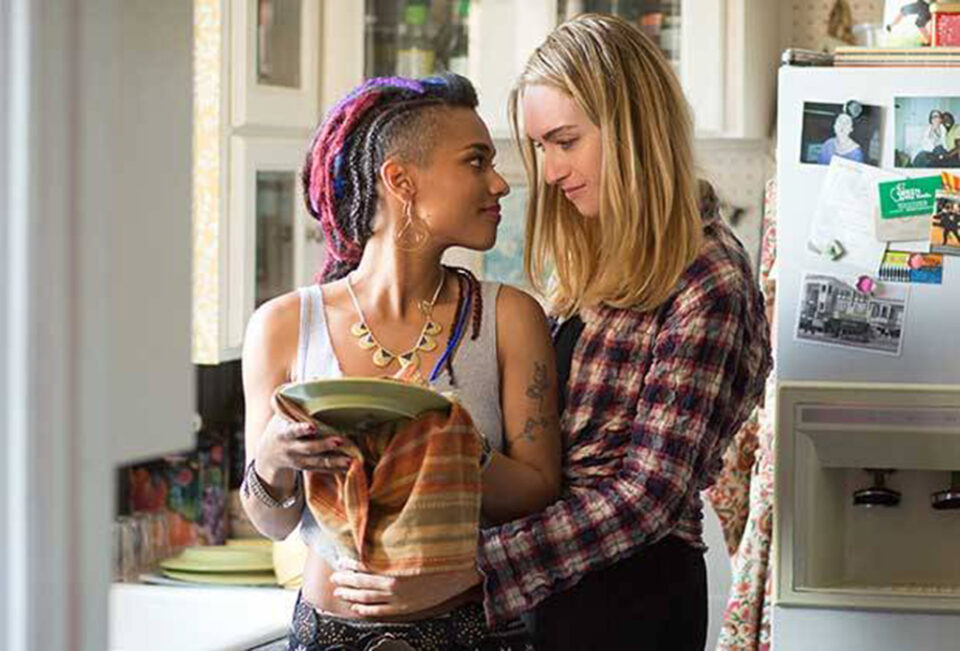 Last week Netflix dropped its long-awaited LGBTQ-oriented animation series Q-Force, telling the story of a super-spy who revealed that he was gay during his graduation speech. As a result, he is relegated to a team of other misfit queer characters but stumbles upon a global conspiracy and now both he and his team must prove their worth. Q-Force though was met with lukewarm reviews, with critics bashing the series for perpetuating gay stereotypes while at the same time failing to bring on the funny.

So, instead of Q-Force and in honour of the late Michael K Williams -who played the most bad-ass gay character ever (Omar in The Wire) – here are some suggestions for series that lean heavily towards LGBTQ themes.

Sense8 tells the story of eight people from all over the world with nothing in common except their birthday suddenly realising that they can communicate telepathically, share knowledge, experiences and even take over each other’s bodies. As they struggle to come to terms with what’s happening to them, they find themselves hunted by a shadowy global organisation whose goal is to wipe out people like them from the world.

Sense8 is written and directed by the Wachowskis, the sister duo behind the Matrix series. This was an extremely personal project for them, made during a time they were both transitioning to trans women. Sense8 explores a multitude of issues relating the to the LGBTQ community, such as hiding your sexuality out of fear of reprisals at work, being accepted by family, finding love and accepting yourself for who you are. All this, against a backdrop of a sci-fi action series!

Orange is the new black – Netflix

While not the first mainstream show to focus on queer characters (the L Word and Glee were first to that milestone) Orange Is The New Black is the first show that proved that complex narratives focused on such characters can result in award winning TV.

OITNB tells the story of Piper Chapman, a woman in her thirties sentenced to a year in prison for money laundering. In there, Chapman needs to find her position in the prison microcosm while at the same time examining her relationship with her partner, who gave her up so she could have a reduced sentence.

Running for seven seasons (finishing in 2019), OITNB is one of the series that put Netflix on the map and showed that streaming services could compete with broadcast television.

Morton Pfefferman, a college professor of Political Sciences in modern LA, decides to take the big leap and announces to his three adult children, and the world, that at a retiring age he is coming out as a transgender person. Maura, as she is now known, must now deal with the fallout of her decision, both in her personal life and professional.

Exploring issues of gender and identity (be that sexual or ethnic) Transparent has been hailed as a groundbreaking series, in the way it deals with transgender problems and the challenges of transitioning in a society that discriminates against you. Critically acclaimed, the series is often funny and sometimes downright sad, forcing viewers to reevaluate their stance on trans issues and giving them a glimpse of the struggle they have to go through.

Be warned though. The protagonist is masterfully played by veteran actor Jeffrey Tambor in all but the last season, as it was then that the actor was accused of sexual harassment. If you can differentiate between a parson’s character and their body of work, then Transparent is for you.