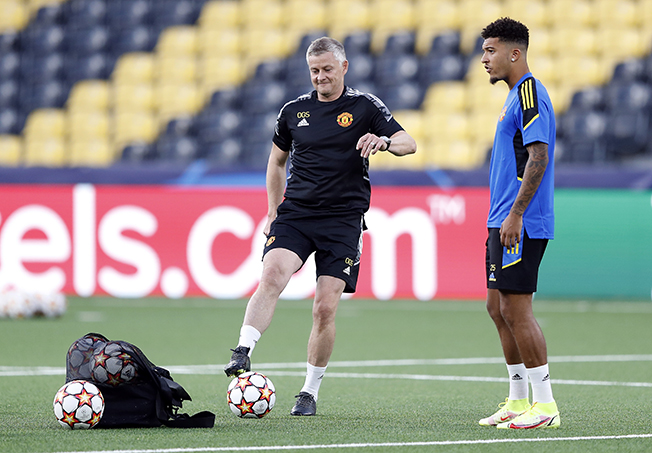 Ole Gunnar Solskjaer believes his “special” group are better equipped to challenge for Champions League glory this season as Manchester United prepare to kick off their continental campaign in Switzerland.

Having fallen to an agonising penalty shoot-out defeat to Villarreal in May’s Europa League final, the Red Devils return to European action against Young Boys at the Wankdorf Stadion on Tuesday evening.

United are looking to improve on last term’s Champions League showing, having dropped into European football’s second-tier competition after finishing third in their group behind Paris St Germain and RB Leipzig.

They return to the continent’s top table as a more experienced, quality side, thanks in no small part to the summer acquisitions of Jadon Sancho, Raphael Varane and Cristiano Ronaldo.

“We have had some very, very good nights and some memorable historic nights at the club,” United boss Solskjaer, whose goal sealed the treble in 1999, said in Bern. “They’re the biggest nights for the club.

“So, for me, the aim when we go into this tournament now is of course to go all the way but we know it’s going to be a difficult one. It always is.

“But we’ve added some experience, some quality, some youth in the squad and hopefully we are better prepared this year for what’s to come.”

United are favourites to progress from a group including Europa League final foes Villarreal, Atalanta and Young Boys, where Ronaldo is set to enter the history books on Tuesday.

The 36-year-old is in line to make his 177th appearance in the Champions League, group stage to final, putting him level with former Real Madrid team-mate Iker Casillas.

Ronaldo has won the competition five times across those many matches, including the 2008 edition with United, and can play a key role in helping them challenge for European glory again.

“We have had enough disappointments, that’s for sure,” said Solskjaer, who is looking to lead United to their first trophy since the 2017 Europa League.

“We had some big moments but this team now has grown and matured over the last few seasons, I have to say. That was always the plan that back in the day when I came in that we have a squad where we can look around with the experience and quality to challenge.

“With players like David (De Gea), Harry (Maguire) had a couple of years here now, we’re getting the spine in the team and you can see with experience and quality.

“Of course with Raphael and Cristiano coming in, they add not that last bit because you can never say if it’s the last bit. But they added something extra that you have to buy unless you win it four times yourself.

“We’ve learnt, we’ve definitely learnt. The group is special, I have to say, as a unit they look after each other. The atmosphere is really good and that’s going to stand us in good stead, definitely.”

Solskjaer laughed off back-up goalkeeper Lee Grant’s comments about players skipping dessert due to Ronaldo’s arrival, but the superstar’s return has certainly made an impact.

Among the knock-on effects could be persuading Paul Pogba that his future should be at Old Trafford, with his contract expiring at the end of the season.

“Yeah, well, it’s up to us now to get results and to prove to ourselves that we can win trophies,” Solskjaer said when asked about the France midfielder.

“I think everyone’s just focusing on doing their best and let’s see where we go.”

Pogba and Ronaldo are among United’s 22-strong squad for the Group F opener in Switzerland, where veteran striker Edinson Cavani is absent through injury.

“Edi is hopefully back with us soon,” Solskjaer added.

“He had a slight strain during the international week after the in-house game we played. He’s working hard to get back.”