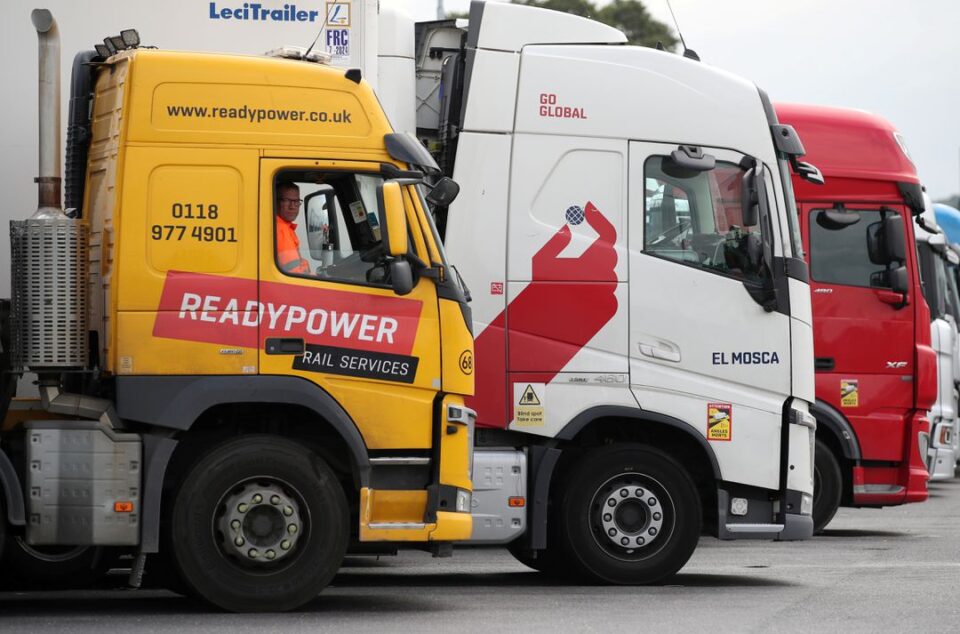 Britain’s decision to issue temporary visas for 5,000 foreign truck drivers is a short-term fix that will not solve an acute labour shortage that risks major disruption for retailers in the run-up to Christmas, business leaders have warned.

Long lines of vehicles formed at petrol stations for a second day on Saturday as motorists waited in line, some for hours, to fill up with fuel after oil firms reported a lack of drivers was causing transport problems from refineries to forecourts, leading some operators to ration supplies and others to close gas stations. L1N2QR05A

The fuel supply issues come on the back of warnings from the retail industry that unless the driver shortage was sorted out there would be major problems ahead of the busy festive shopping period.

“After a very difficult 18 months, I know how important this Christmas is for all of us and that’s why we’re taking these steps at the earliest opportunity to ensure preparations remain on track,” transport minister Grant Shapps said in a statement.

The UK’s Road Haulage Association (RHA) says Britain is facing a shortage of some 100,000 drivers, a result of workers leaving the industry, Brexit and the pandemic, which put a stop to driver training and testing for about a year.

Under the government’s plans, 5,000 heavy goods vehicle (HGV) drivers would be able to come to Britain under temporary visas, while another 5,500 visas would be issued to poultry workers “to avoid any potential further pressures on the food industry”.

These short-term visas, which the government had previously rejected introducing despite calls from retail and logistics companies, will expire on Dec. 24.

Additionally, up to 4,000 people will be trained as new truck drivers, letters will be sent out to nearly a million drivers with HGV licences to entice them back to the industry, and ministry of defence examiners will be drafted in to speed up the testing process.

“We are acting now but the industries must also play their part with working conditions continuing to improve and the deserved salary increases continuing to be maintained in order for companies to retain new drivers,” Shapps said.

Andrew Opie, director of food and sustainability at the British Retail Consortium, who warned on Friday the government had just 10 days to solve the driver shortage issue, said the plans were insufficient.

“The limit of 5,000 visas will do little to alleviate the current shortfall,” he said. “Supermarkets alone have estimated they need at least 15,000 HGV drivers for their businesses to be able to operate at full capacity ahead of Christmas and avoid disruption or availability issues.”

Others have cautioned European drivers may not want to work in Britain again anyway.

“I expect many drivers will not return to the UK even if the UK government allows them to,” said Marco Digioia, general secretary of the European Road Haulers Association, told the i newspaper.