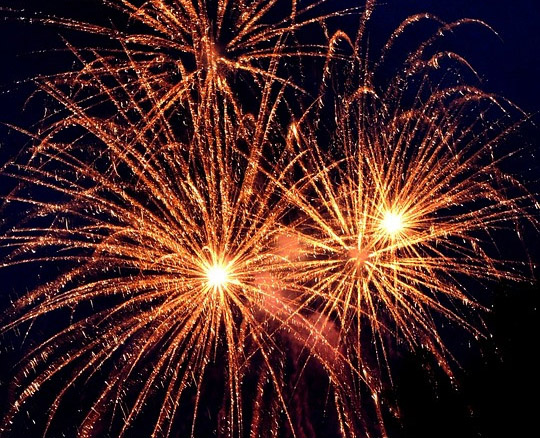 Parliament will consider banning fireworks altogether if their uncontrollable use does not decrease, MPs said on Wednesday.

Widespread, illegal use of fireworks is not only a serious fire hazard, but also causes problems to autistic children, the elderly, and animals. They are even used as signals for drug deals, MPs were told.

It also appeared that the underworld was now involved, while fireworks were imported illegally, hidden in containers or aeroplanes, or smuggled from the north.

The Green party chairman expressed his regret that the committee did not seem to be able to resolve the matter.

“We have reached the brink, the fireworks arrangement is very well organised,” he said.

The use of fireworks can only take place after permission is granted by the mining service. However, illegal use is so widespread that authorities have all but given up trying to go after the offenders.

The force however, told MPs that it was difficult to prove an offence – find the offender who set it off and even connect the fireworks with them.

The committee heard that illegal fireworks were available on the market and that the underworld was also involved.

If the police cannot enforce the law, what could be expected from the public he asked.

Kettiros said fireworks were also used as a signal for drug deals.

Parliament has passed stricter penalties for the illegal use of fireworks, but the phenomenon has gone out of control.

Fireworks are used at weddings and all sorts of celebrations, even at children’s birthday parties.

It is not uncommon to see or hear them in the early morning hours.

Kettiros said parliament will consider banning their use if the situation did not improve.

“If the situation does not improve, we will look into the possibility of banning fireworks entirely. People are losing their sleep, the elderly are facing health problems, autistic people are suffering, animals are distressed.”

Police and the mining service will hold meetings while the committee plans to revisit the issue in January.