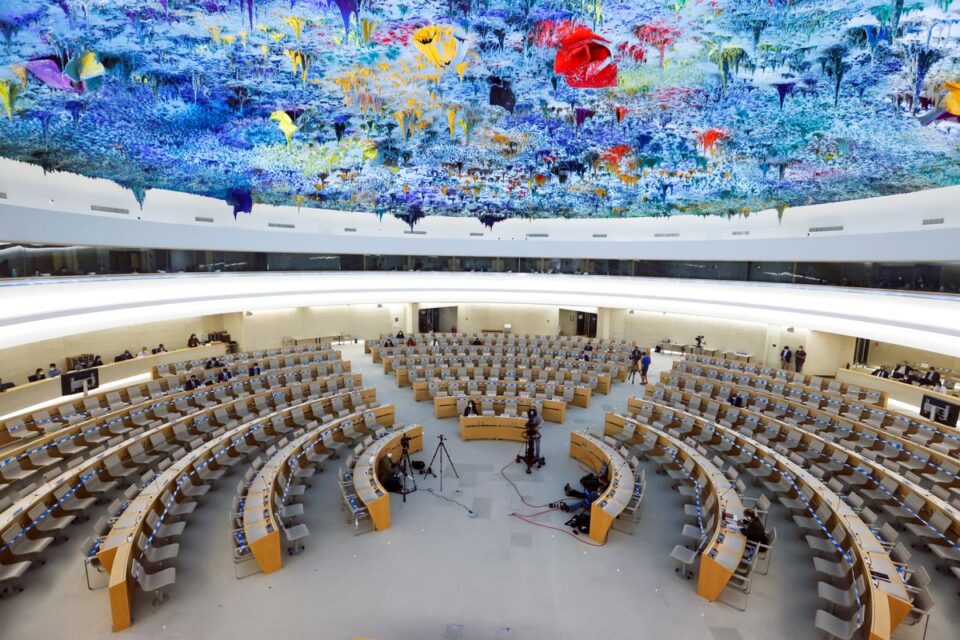 The United States has concerns with the United Nations Human Rights Council and will oppose its “disproportionate” attention on Israel, State Department spokesman Ned Price told reporters on Thursday after the US was elected back to the council.

“We have concerns with the council. We will vigorously oppose the council’s disproportionate attention on Israel, which includes the council’s only standing agenda item targeting a single country,” Price said, adding the United States will also press against the election of countries with “egregious human rights records.”

The UN General Assembly on Thursday elected the United States to the Geneva-based Human Rights Council, more than three years after the Trump administration quit the 47-member body over what it called chronic bias against Israel and a lack of reform.

The United States, which was unopposed, received 168 votes in the secret ballot by the 193-member General Assembly. It begins a three-year term on Jan. 1 – pitting Washington against Beijing and Moscow, who began council terms this year.

US President Joe Biden took office in January pledging that human rights would be the center of his foreign policy and his administration has not shied away from criticizing China over Hong Kong, Xinjiang and Taiwan and calling out Russia.

But a Reuters review of the Biden administration’s record so far showed concerns over human rights in other countries had several times been pushed aside in favor of national security priorities and engagement with foreign powers.

“The US will have an opportunity to demonstrate just how serious the Biden administration is about making human rights central to its domestic and foreign policies,” said Human Rights Watch UN Director Louis Charbonneau. “With a lot of missteps so far, they should use their time on the council to promote human rights among friends and foes alike.”

US Ambassador to the United Nations in New York, Linda Thomas-Greenfield, said Washington would initially focus on “what we can accomplish in situations of dire need, such as in Afghanistan, Burma, China, Ethiopia, Syria, and Yemen.”

“Our goals are clear: stand with human rights defenders and speak out against violations and abuses of human rights,” she said in a statement, adding that the United States would also “oppose the council’s disproportionate attention on Israel.”

US Senator Jim Risch, the top Republican on the Senate Foreign Relations Committee, blasted the decision by Biden, a Democrat, to rejoin what he called a “flawed body,” citing the body’s focus on Israel.

“The United States should not be lending its legitimacy to a body that includes perpetrators of human rights abuses like China, Venezuela, and Cuba,” he said in a statement.

Human Rights Council candidates are elected in geographical groups to ensure even representation. There were no competitive races on Thursday to elect 13 new members and re-elect five members. Members cannot serve more than two consecutive terms.

The United States received the second lowest number of votes, beating out only Eritrea, which received 144 votes.