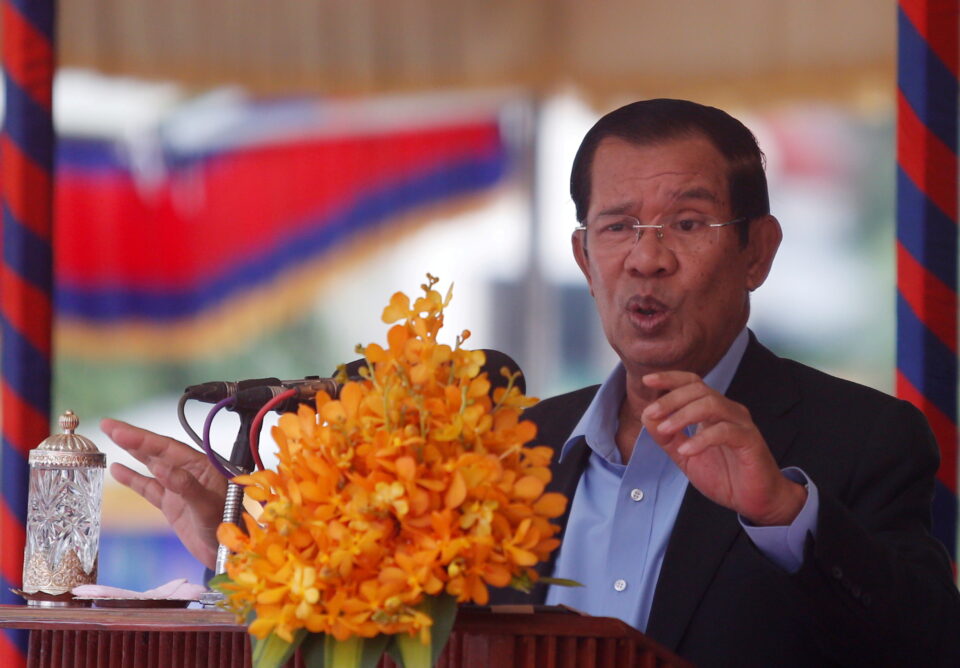 Following reports that the prime minister’s inner circle had acquired Cypriot passports, Cambodia’s parliament on Monday passed constitutional amendments barring holders of the country’s top posts, including prime minister, from being citizens of other countries.

Prime Minister Hun Sen had on October 6 ordered the justice ministry to make the changes, which also allow the upper and lower houses speakers, and the head of the constitutional council, to only hold Cambodian citizenship.

He said this was “to show loyalty to the nation and avoid foreign interference”.

Heng Samrin, president of Cambodian National Assembly, said the amendments aimed to oppose foreign interference in the country’s internal affairs or in the directing of its national and international policies.

“The National Assembly, the Senate, the Royal Government and the Constitutional Council are the supreme bodies of the nation enshrined in the Constitution of the Kingdom of Cambodia and have a high responsibility to decide on important matters that are the lifeblood of the nation to ensure national independence and sovereignty,” Heng Samrin said on his office’s Facebook page.

The order by Hun Sen, one of the world’s longest-serving leaders after more than three decades in power, to make the constitutional changes came days after a report in the Guardian newspaper wrongly named him as one of thousands of non-Europeans given Cypriot passports.

The Guardian report was subsequently corrected to say that his inner circle, rather than the prime minister himself, were discovered to have been among thousands of non-Europeans who received a Cypriot passport.

A Reuters Special Report in October 2019 showed family members and key police, business and political associates of Hun Sen had bought foreign nationality via a citizenship for sale arrangement in Cyprus.

Among those who have acquired or applied for European Union passports through the Cypriot scheme are Hun Sen’s niece and her husband, who is Cambodia’s national police chief; the country’s most powerful business couple, who are old family friends; and the finance minister, a long-time Hun Sen adviser.

Photos on social media showed Hun Sen’s relatives enjoying luxurious European lifestyles – boating in Capri, skiing in Verbier, partying in Ibiza – which are at odds with the prime minister’s self-styled image as the humble leader of ordinary Cambodians.

Opposition leader Sam Rainsy, a French citizen living in Paris to avoid a series of convictions in Cambodia, said in an email to Reuters on Monday that the new rules would deprive potential future leaders of the chance to serve the country at the highest level.

“For historical reasons our population is spread around the world and many Cambodians with dual nationality have achieved great success outside the country,” Sam Rainsy said.

Hun Sen is 69 and has ruled Cambodia with an iron fist. He has jailed or exiled political rivals, shut down media outlets and crushed street protests.