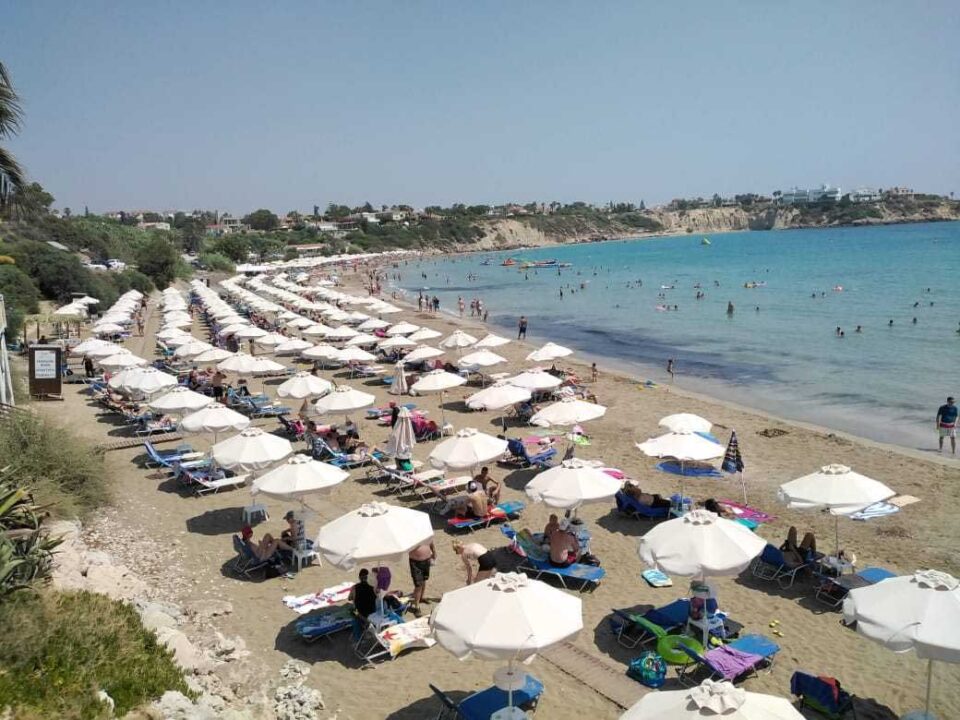 October was this year’s best month by far for tourism as hotels experienced their highest occupancy rate with an overall increase of around 20 per cent, according to the Paphos branch of the hoteliers’ association.

The first weeks of November are also looking promising, according to industry professionals.
“October numbers were close to those of October 2019 and going forward the first days of November look good,” secretary of the Paphos hoteliers’ organisation (Pasyxe) Euripides Loizides confirmed to the Sunday Mail.

However, he noted that the revenue (room rate) was less, due to the government’s incentive scheme for locals and other discounts to attract people.
He sounded a note of caution though, as some airlines and tour operators will cease flights to Cyprus in the winter.

“There is uncertainty in everything. Ryanair have a lot of flights for example, but will they keep them? It would be very good to keep more flights this winter if possible, but who knows? Numbers of Covid cases in Greece are increasing again and seem to be in Cyprus too,” he said,

The problem hotels are facing is the decision to stay open or close down for the winter period.
“2022 is looking a lot better and year on year it is looking positive. Many people are rebooking for next year,” he said.

Airport operator Hermes announced on Monday that October was the best month this year as regards passenger traffic, which includes tourist arrivals. It said passenger arrivals and departures reached 951,820 last month (619,501 at the Larnaca airport and 332,319 in Paphos) compared with 867,097 recorded in August which is usually the busiest month.

Cyprus, in particular Paphos, has welcomed visitors mainly from the UK, Russia. France, Poland and Israel who are booking all different venues, including hotels on a bed and breakfast basis as well as Airbnb and private villas, president of the federation of restaurant/leisure owners, Sykap, Fitos Thrassyvoulou told the newspaper.

“It has also helped that 400,000 locals holidayed at home in the last three months. All of these factors are helping restaurants and leisure outlets,” he said.

The season has run from August up to now and October has been ‘very nice’, he said, and the sector has been busy and with a different ‘type’ of visitor with people booking direct flights and finding their own accommodation, not just the usual all-inclusive holidays at hotels that have a negative impact on restaurants and bars.

“That pattern was broken,” he said.

“People have been spending money which has helped businesses to survive.”
This ‘good foundation’ needs to be built on and the federation spoke with the ministry of transport last week to request that the incentive plan currently in place which provides subsidies to passengers based on the aircraft’s load rates, continue past the end of this year, he noted.
“We are hoping that the scheme could continue until March 2022,” he said.

It was initially implemented on July 1, 2020 to be in force until December 2020. It was extended until June 30, 2021 after the approval of the European Commission as a temporary state aid measure to support the economy during the pandemic. In June, the government approved an extension until the end of 2021.

The ministry said that the scheme contributed to the restoration of Cyprus’ air connectivity with Europe and the rest of the world and also supported the Cyprus economy.
Cyprus Greece, Slovakia, Hungary, Poland, Lithuania, Estonia, and Romania, all called for the extension of the temporary support of air connectivity by the commission past 2021.

“It will be a good development if the weather continues as it is, and we can expect guests during this period. The ministry of tourism is working hard to open up destinations for long stay guests for the winter as it used to be many years ago,” said Thrassyvoulou.

These are mainly from Finland. Norway and Sweden who will come for three months at a time. The weather here is good and the cost of staying here is cheaper than in their own countries, he said.
Head of the Paphos Regional Board of Tourism Nasos Hadjigeorgiou said that traditionally during September and October, Paphos attracts ‘high end’ clients that like to spend money, and this phenomenon has been repeated this year as well.

The main nationalities choosing Paphos so far have been Russians, British, Israelis and Germans with those from the Baltics and central Europe making up the rest.
“Per head spending on retail is giving us an indication that per head spending increased during September and October compared with the rest of the months this year.”

Arrivals will drop dramatically, and a lot of hotels will shut down for the winter but there is a good presence of airlines at Paphos international airport.

Europeans plan to travel within the next six months, which is encouraging said Hadjigeorgiou.
An added possible boost is the extension of domestic tourism incentive scheme where the government covers 25 per cent of the total hotel stay cost for vaccinated locals at the tourist establishments that have been registered under the plan with the deputy ministry of tourism. The government announced on Thursday that the extended scheme will run until March 31, 2022.

And looking forward to next year, signs look good – so far.

“Our focus is on 2022 and the preliminary planning looks positive with airlines, connections and numbers,” Hadjigeorgiou said. “However, it is very early to forecast.”