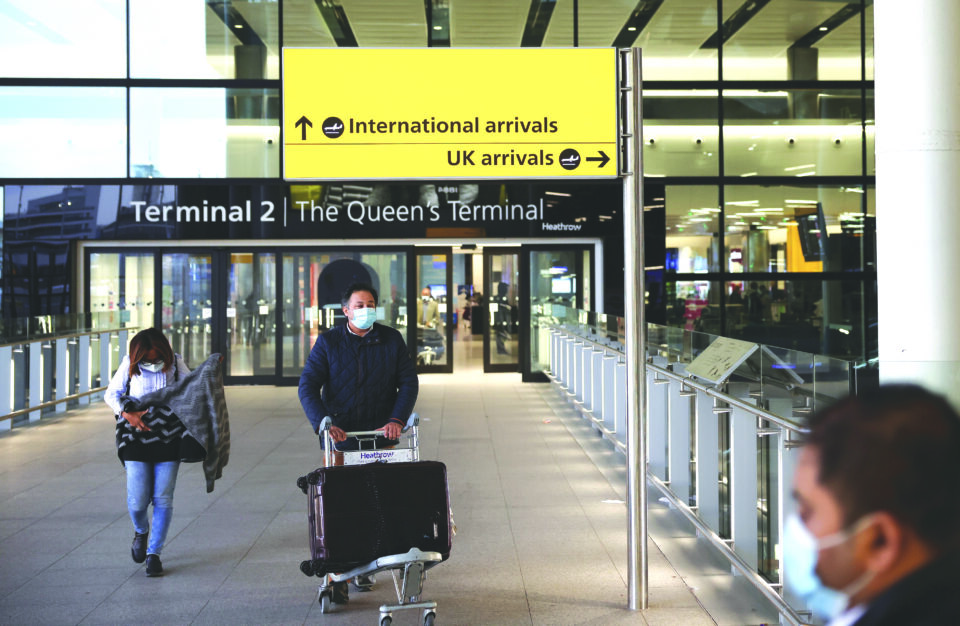 It is likely that the new coronavirus variant B.1.1.529, which is spreading in South Africa, will end up in Britain, the head of the COVID-19 Genomics UK Consortium said on Friday.

A ban on flights from southern Africa came into force in Britain on Friday, and numerous other countries also restricted travel from the region.

“(B.1.1.529 is) something that I would guess is likely to be transmitted into the UK at some point, but it buys that time,” COG-UK Chair Sharon Peacock told reporters.

“I think buying time is important and it’s worthwhile, because we can find out what we need to know about that particular variant.”

Speaking at a briefing with other experts, Peacock praised the quick work of South African scientists who shared what they knew about the variant after a surge in cases centred on Gauteng province.

That early warning could be crucial in preventing the variant taking over rapidly from the Delta variant as the world’s dominant one, even as South Africa bristles at the swift imposition of barriers to travel.

“This is a different circumstance than Delta, and there might be some hope for maybe some amount of containment,” said Jeffrey Barrett, Director of the COVID-19 Genomics Initiative at the Wellcome Sanger Institute.

“The difference really is that the surveillance was so good in South Africa and other nearby countries that they found this, understood that it was a problem, and told the world extremely fast.”

Peacock said it was important not to assume that the variant had arisen in South Africa just because it had been detected there.

“Variants will fly under the radar in countries where there’s no sequencing capability,” she said.

A distinctive trait known as an “S-gene target failure”, which distinguishes the new variant from Delta, means that PCR tests can give a clue to the presence of the new variant without full genomic sequencing.

However, Wendy Barclay, a virologist who leads the UK National Virology Consortium G2P-UK, cautioned that some other variants also had the trait.

Many parts of Europe have been struggling with high and rising COVID rates for weeks, but Barrett said these were unlikely to be driven by B.1.1.529, even in places with less sequencing.

“They are consistently finding a mix of Delta variant, basically,” he said.