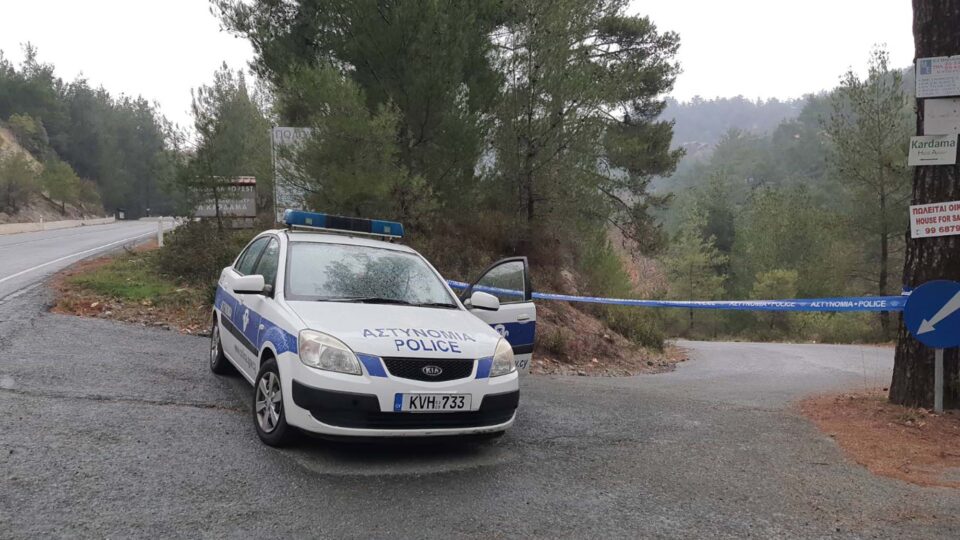 A 32-year-old Syrian man was remanded in custody for eight days on Monday in Limassol over the premeditated murder of two women whose bodies were found buried in the yard of a holiday home in the mountains.

Police are now investigating the reason why the 32-year-old shot the two women, with reports saying he did so because he heard them mocking him.

He reportedly had gone hunting, and, upon his return had heard the two women talking about him and shot them. Both the gun and the cartridges were found by the police.

The suspect was rearrested, Andreou said, for premeditated murder after he admitted to the crime. He had earlier been arrested on suspicion of abducting the two women.

The two bodies were found early Sunday morning buried at a depth of two metres in the yard of a holiday house where the suspect had been working in Kato Amiandos village in the Limassol district. Post-mortems were carried out on Monday which confirmed fatal gunshot wounds.

Journalist access to Monday’s court hearing was curtailed as it was carried out behind closed doors at the suspect’s request, ostensibly to protect his family and private life. When asked during a press briefing if the closed session order was instead linked to the motive of the murder, Andreou would not elaborate.

“The court has agreed to hold the hearing behind closed doors following a request, for obvious reasons that have been submitted to the district court, and this is how we will proceed, based on this data,” he said.

The man was first arrested late in November after the women, Alraeesi Khaiat, 43 and Mariia Gazibagandova, 33, were reported missing on November 17. They had arrived in Cyprus as tourists, one at the beginning of summer, the other around one and a half months ago and had originally been staying in Larnaca.

On why police took so long to locate the bodies when they were buried so close to the house, Andreou said police used all means at its disposal such as sniffer dogs and drones.

The two women were buried in such a way, Andreou said, that police would not have found the bodies had the suspect not confessed. He said the suspect had added gravel after burying the women, while the recent rain days had erased any traces of disturbance to the ground.

“Extensive investigations were carried out for four days, we had also acquired satellite images from experts that showed any alteration of soil in and around the house, but the area they were located was not among the places indicated,” Andreou said.

He pointed out that due to police efforts, they were able to find a suspect within six days after the women’s disappearance, “who, based on what he had said, raised suspicions, and we started investigations from that day”. He said investigators spent many hours looking for the women.

From the onset, police had suspected that the two women had fallen victim of foul play after drops of blood found at the house in Kato Amiantos matched one of the women.

Andreou also said they had suspected foul play due to the contradicting testimonies the suspect gave and evidence found at the scene.

“Also, phone data led us to the conclusion that the two women were victims of criminal acts,” he added.

On Sunday, investigators finally broke the suspect, who confessed to killing the women and burying them in the yard of the house where he had been doing construction work.

Police are seeking for two men who helped him dig they hole where he buried the women though it is not believed they knew of its purpose.

The suspect reportedly told police that, after killing the two women, he hired two workers from Limassol to help him dig a pit, claiming he wanted to lay the foundations for an outdoor barbecue area.

“Their testimony is important,” Andreou said, adding that they don’t have much to go on as regards locating them other than the description the suspect gave them of the two men. He said the 32-year-old had no contact information of the two men.

In the meantime, the House human rights committee has sent a letter to police chief Stelios Papatheodorou calling for further investigation into the case and on whether human trafficking was involved.

Head of the committee, Akel MP, Irini Charalambidou, said that continuing the investigations would help shed light on how the two women found themselves in Cyprus, and if they were victims of human trafficking. If this is the case, she added, the committee would like to know what police will do to investigate whether a human trafficking ring may be behind this case.

Navy thanked for their service on saint’s name day

‘No information’ to link Cyprus to rape case (updated)