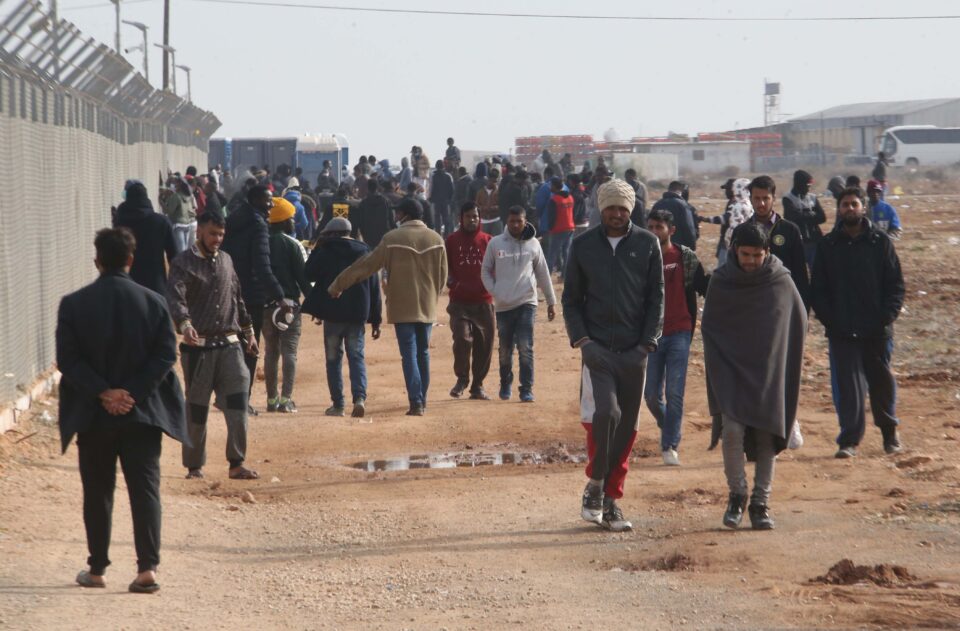 The government said Wednesday it had never tried to sweep the migration problem under the carpet, including the overcrowding at a reception centre outside Nicosia, as it sought to defend itself after scenes of appalling living conditions were witnessed during a parliamentary visit this week.

In a lengthy statement that appeared angry in parts as it was interspersed with upper cases words for emphasis in responding to the opposition criticism, the interior ministry said it had never sought to hide the conditions created by the ever-increasing migrant flow.

“We never concealed that the country’s asylum and reception system has exceeded its limits,” the ministry said. “That at the Pournara reception centre, capacity 800, the number of residents has exceeded 2,500.”

The ministry suggested that the Republic had been left on its own to deal with a steady influx of migrants “who are sent by Turkey as a result of the instrumentalisation and exploitation of human pain by the rings that ‘sell’ Cyprus as a cheap destination that ‘opens the gates of paradise’ to Europe.”

“There is no need for people to point out the problem to us, because we NEVER hid it under the rug. On the contrary, we declare that NEVER NEVER have so many measures been taken and NEVER NEVER have the reception and asylum examination procedures been improved as much by any other government.”

It said Cyprus had received the highest number of asylum seekers as a proportion of its population for the fifth consecutive year. The current number of applicants and beneficiaries corresponds to 4.4 per cent of the population in the Republic.

More than 12,200 applications have been submitted so far this year, with 85 per cent concerning people who came through the north.

“So instead of presenting it as a new problem and censuring the government as if it had remained inactive and indifferent … some people ought to say whether what they want is to open Cyprus’ borders, without checks and balances, and turn it into a massive reception and hospitality centre, whatever our capabilities, whatever the economic cost for Cypriot citizens,” the ministry said.

It reiterated that Cyprus was prepared to receive and host people in real need and provide support to vulnerable groups of the population.

“Both our country and its citizens, not only do not lack humanity and sensitivity, but have shown these traits over time. We have all the goodwill and intention to welcome and accommodate people in real need,” the statement added. “Unfortunately, Cyprus cannot shoulder such numbers alone and people must realise this.”

The ministry said no other administration before had put in place so many measures to improve the reception and application processes.

Among them were steps to plug holes in the buffer zone, used by irregular migrants to cross from the north.

The government had recently signed a deal with an Israeli company for the installation of cameras along the 180-kilometre dividing line and has also erected razor wire along a stretch in the outskirts of Nicosia.

It said it had also increased the capacity of reception centres in a bid to manage the rising numbers.

“At the same time, however, we cannot fill Cyprus with reception centres.”

The ministry has also sought to speed up procedures, focusing on the blatantly obvious unfounded applications. As of January 1, the asylum service has issued 14,762 decisions compared with 6,468 in 2020 and 5,164 in 2019.

The ministry said the increase in personnel at the asylum service had been unprecedented, and it could now process an application and issue a decision within 10 days.

More judges were also appointed to the international protection court to speed up second-tier procedures.

Measures were also taken to stamp out sham marriages and fake students. Cyprus has also struck deals with third countries to take back their citizens.