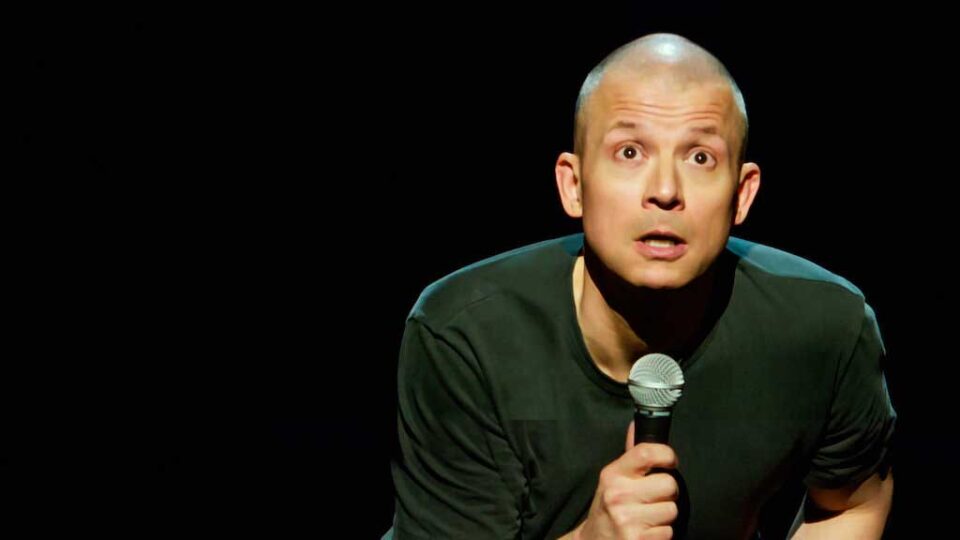 After a stand-up comedian led to Oscar upset, CONSTANTINOS PSILLIDES on offensive shows of the genre to stream

The slap was heard around the world. Will Smith. Excuse me, Academy Award Winner Will Smith decided that making a crack about his wife’s alopecia was a bridge too far, got up on stage and slapped host Chris Rock in the face. While they are both dealing with the fallout, one of the many topics discussed by the public was whether comedy has or should have boundaries. Some say that normalising violence sets a bad precedent, as people would feel justified to just go on stage and be violent against stand-up comedians. Others say that it was about time someone put the insult comedians in their place and that violence was the result of verbal cruelty.

Truth be told, Rock’s joke was tame. If you really want to be offended, or if you enjoy offensive stand up, check out the following specials on Netflix.

Here’s what you need to know about this special: there’s a leukaemia sex joke barely two minutes in. Jim Norton is completely open in his act about his life, becoming famous for talking openly about his voracious sexual appetite. Norton is notoriously offensive and the type of comedian who might not have a massive following, but the followers he has are loyal. In Mouthful of Shame, Norton recounts again stories from his sex life, takes on Caitlyn Jenner and even draws comparison between himself and Bill Cosby!

Bill Burr: You People Are All The Same

No reason to hit a woman? Seriously? Well Burr here can give you a bunch of reasons to do so! Before he exploded in popularity over the last 10 years, Burr made his bones by being the archetypal angry comedian. Burr takes his anger out on everyday life. Everyday annoyances that other people let slip Burr takes personally and vents his frustration out on the audience. Literally. At one point a woman gets up to go to the toilet and Burr unloads on her as if he was a truck pouring cement! One of the greatest of his generation, Burr is definitely not for the easily offended.

With Frankie Boyle not allowed anywhere near a streaming platform, Jimmy Carr is the UK-based comedian known for taking jabs at the audience that go too far. A gifted stand-up comedian who specialises in edgy, crude one-liners and short stories, Carr is better known for his crowd work, especially for cracking borderline cruel jokes at the expense of the audience. Carr eviscerates the crowd to a degree that now people go to his show and expect others to be publicly destroyed.

The moment discussion started about the Smith/Rock incident, people immediately brought up Ricky Gervais and his Golden Globe bits. Far more offensive and provocative than Rock, the man who created The Office returns to the stage after a long break but his form only got better and far, far more offensive. In Humanity, Gervais leaves no stone unturned: his joke topics include making fun of starving children, cot death, religious people, young parents, haters and anyone else who irks him. Gervais doesn’t hold Humanity in high regard, and he is not afraid to let people know.

Anthony Jeselnik: Fire in the Maternity Ward/Thoughts and prayers

Jeselnik doesn’t just happen to be offensive. He sets out to be as offensive as he can and is now famous for being one of the few no-holds-barred comedians. A master joke craftsman, Jeselnik’s style is delivering one liners and short stories in a dead-pan style. A virtuoso of the genre, he prides himself in taking the road no one thought about and his comedy leads you down a very dark path, laughing all the way.