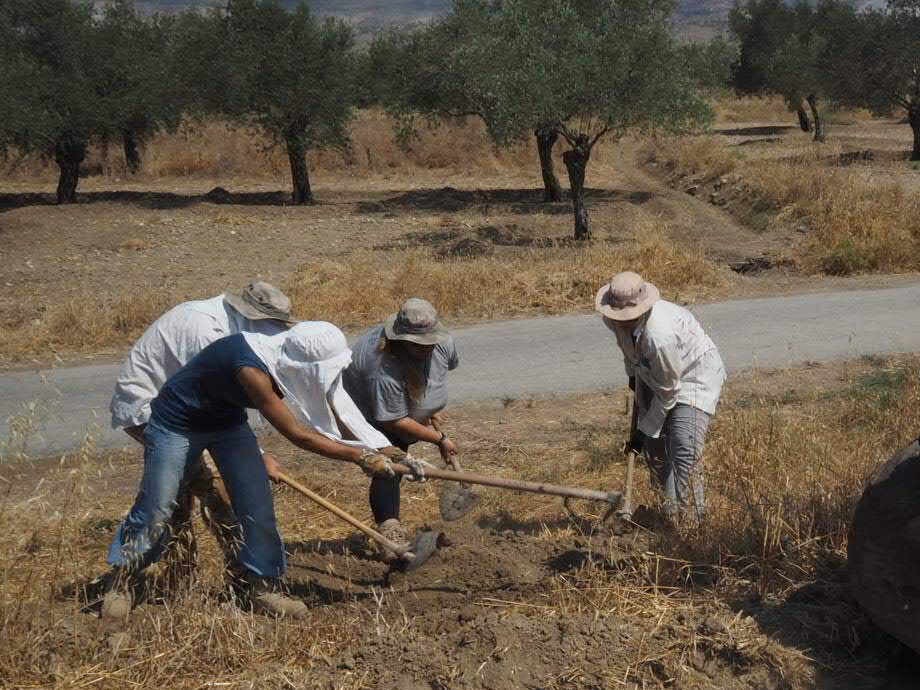 Time is running out and the issue of missing persons in Cyprus must be depoliticised, the UN Committee on Enforced Disappearances stated in its latest report.

The experts, who visited the island between April 5-12, issued hard-hitting statements – saying that the chapter of the missing persons, stemming from the events of 1963/64 and 1974, must be genuinely treated as a human rights and humanitarian issue.

“Political and other considerations within both communities, seem to play an important role on the decision to proceed with the investigation on a particular site identified,” the report read.

The delegation consisted of Luciano Hazan, Aua Balde and Henrikas Mickevicius, who presented their preliminary findings at a press conference at the House of Cooperation on Tuesday. The final report on the visit will be presented at the UN Human Rights Council in Geneva next September.

The report found that the relevant information may be available but is not being fully utilised and warned that progress in the search for those still missing has slowed down significantly in recent years.

It also stated that essential information on potential mass grave sites is reportedly withheld from the other side due to mistrust and political calculations.

Politically charged and divisive speeches at the funerals of identified missing persons are said to have further deepened this mistrust, according to the report.

“It is essential to put mistrust and resentment behind to finally put an end to the anguish and pain of all families,” it said, adding that some family members are faced with a prospect of receiving residual remains as tiny as a person’s tooth.

The experts stated that 776 Greek Cypriots and 201 Turkish Cypriots out of the total number of 2002 in the official list administrated by the bicommunal Committee on Missing Persons (CMP) remain missing – but that over 50 per cent of the persons on the list have been exhumed and identified since the unit became fully operational in 2006.

Luciano Hazan said that during their stay on the island, they met, among others, with Cypriot government officials, the CMP, UN agencies, the Turkish Cypriot leader Ersin Tatar and his advisers, relatives of missing persons from both communities, as well as and with human rights defenders, lawyers, academics and other members of civil society

Both communities across the divide came in for criticism and praise.

The report expressed regret that the Republic of Cyprus is not yet a state party to the International Convention on the Protection of All Persons from Enforced Disappearances, despite its signature in 2007.

The unit also noted that a number of relatives applied to the European Court of Human Rights (ECHR) after exhausting legal remedies on the island.

These cases mainly concern Turkey’s failure to conduct an effective investigation into the fate and whereabouts of those missing after the Turkish invasion in 1974, though recently there have been also cases lodged against the Republic of Cyprus, with respect to the failure to inform relatives of the progress in the investigation and of the location of remains.

The latter is likely a reference to last year’s ECHR decision to award €45,000 in damages to the family of a Greek Cypriot killed during the Turkish invasion, who had alleged that the state had failed to effectively investigate his fate or keep them informed on the course of investigations.

The experts also noted some recent discussions in Cyprus, especially within civil society, on the establishment of a truth-telling mechanism, which could clarify the facts and circumstances of the disappearances.

“Virtually all stakeholders we have met have underlined the importance to establish the truth for the victims, the relatives and the society as a whole. [We] recommend all stakeholders to give due consideration to this idea, which could also be conducive to reconciliation,” the report said.

The experts also noted that: “No progress has been made in relation to criminal investigations and prosecutions for human rights violations resulting in individuals going missing, including possible enforced disappearances.

“While this is another essential pillar that needs to be addressed, together with truth, reparation and memory, there is very little emphasis in Cyprus on accountability.”

The CMP in Cyprus was established in April 1981 by agreement between the Greek Cypriot and the Turkish Cypriot leaders, under the auspices of the UN.

Potholes a thing of the past with automated road assessment system