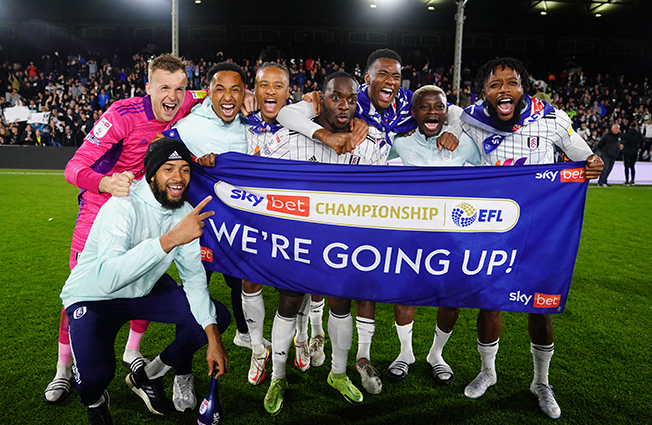 Marco Silva hailed a “fantastic journey” after Fulham secured a “deserved” promotion back to the Premier League in emphatic fashion.

The Cottagers have been dominant in the Sky Bet Championship this season and sealed their top-flight return with four games remaining following a 3-0 home win over Preston.

Aleksandar Mitrovic took his tally for the season to 40 with a brace, leaving him just two goals shy of the all-time second-tier record held by Guy Whittingham from the 1992-93 campaign.

Fabio Carvalho was also on target, and Silva was proud of his players, having taken over in the aftermath of Fulham’s relegation from the Premier League last season.

“I am proud of the players, not just because we achieved our goal or aim from the first day. The way we did it, the way we played, the way we were really dominant for most of the season has been fantastic for us, a fantastic journey for us.

“Now is the moment for them to celebrate.”

Fulham have won 26 matches and scored 98 goals so far this season, boasting a goal difference of 30 more than second-placed Bournemouth.

However, the Cottagers have been a yo-yo club in recent years, and Silva admitted the challenge of staying in the Premier League is difficult.

“We have to be really positive, we have to have desire and ambition.

“Now we celebrate and get the job done in the next four games.”

“They have been a fantastic outfit all season, they have some fantastic players and play an excellent brand of football.

“Secondly, I’m frustrated. I thought we could have scored in the first five minutes and then maybe the game changes a little bit, but you can’t give a team like Fulham opportunities to score like we did, hence it cost us the 3-0 scoreline at half-time.”