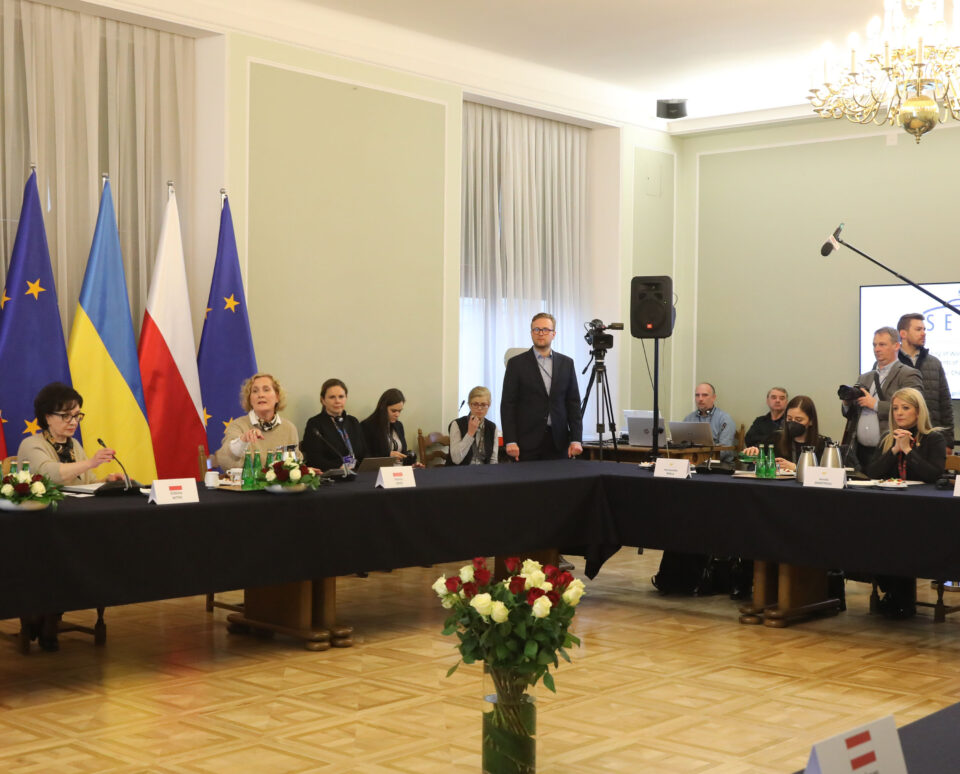 President of the House of Representatives Annita Demetriou discussed the initiatives of national parliaments to protect women and children from Ukraine escaping the war. The discussion was held at a special session of the Polish Parliament held on in Warsaw on Wednesday.

Demetriou described her mission as “very difficult” noting that she was deeply moved when a little girl asked her to help her return home.

The Cypriot House President is in Warsaw attending a meeting of Women Speakers of the Parliaments of the EU and of special guests from Ukraine and the European Parliament, hosted by Speaker of the Polish lower house, Elżbieta Witek.

The two-day get-together featured top women lawmakers from Austria, Belgium, the Czech Republic, Cyprus, Latvia, Lithuania and Spain. The top female lawmakers visited a humanitarian relief facility near the capital Warsaw, before holding talks in the Sejm, the lower house of Poland’s parliament.

“We are talking about children who are unaccompanied, women who are alone and have no idea what has happened to their loved ones. We have realised that these people are choosing a future, a country and which bus to board, the country of their choice, either Germany which most of them go to, or some other country”, she said.

She thanked her Polish counterpart for the extraordinary experience, adding for the first time after so many years, she realises what “our parents and grandparents went through when they recalled leaving their homes with only a suitcase and a pair of shoes on their feet and had to rebuild their lives”. Demetriou was referring to the Greek Cypriots refugees due to Turkish invasion in 1974.

Regarding the deliberations of the meeting, she said each speaker expressed her own feelings about the experience, conveyed exactly what each parliament has done and “together we have suggested initiatives that can protect the women and the children, who are the greatest victims of these atrocities”.

Demetriou said they have suggested setting up a website in the Ukrainian language to help the children continue their classes, as provided by the European Parliament resolution of April 7, in collaboration with state, parliaments and local authorities of each country.

In two months, she added, they will meet again to see how things are progressing and “as women speakers to convey a special message that we understand more than ever how these people need to be supported and especially women and children”.

Let us not forget that there are too many cunning people exploiting this situation, we have victims of human trafficking, we have victims of torture, sexual abuse and all these are stories that need to be made known so that we can help these people in any way we can, she added.

Trim your waist to make you feel super strong