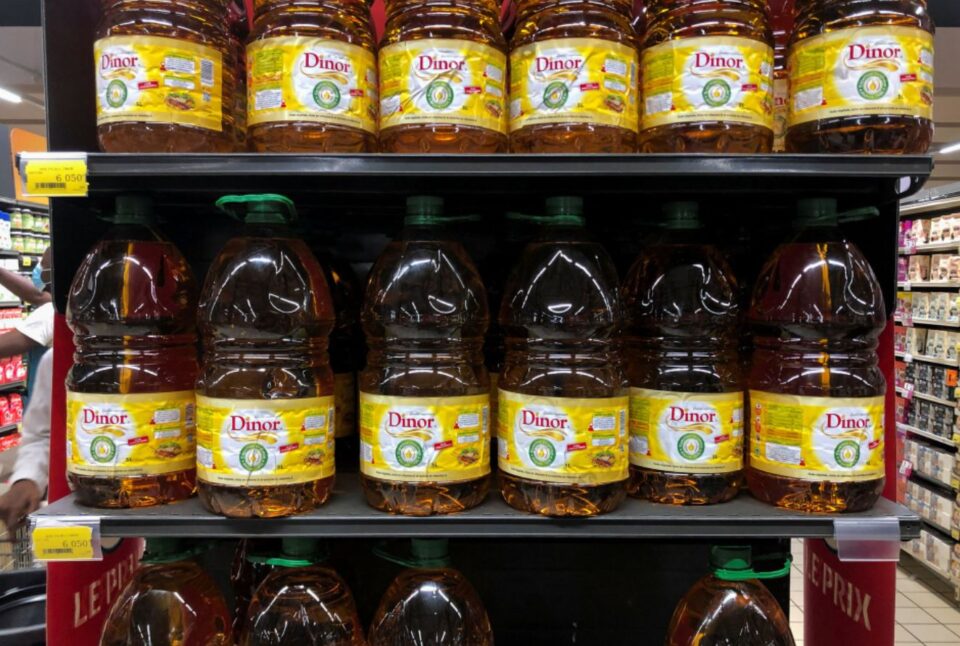 Djeneba Belem’s fried bean cake stall in Abidjan is a world away from the war raging in Ukraine. But her business is now at the mercy of an unexpected consequence: runaway palm oil prices.

“I didn’t even want to sell anymore because I thought, if the price of oil had gone up that much, what am I going to earn?” she said as she stirred a batch of cakes at her street-side stall in Ivory Coast’s lagoon-side commercial capital.

The conflict has helped propel prices for palm oil – ubiquitous in African dishes from Nigerian jollof rice to Ivorian sticky alloco plantains – to record highs that experts say will deepen a food-cost crisis and punish the poorest.

The upheaval pushed top palm oil exporter Indonesia to ban some exports in recent days, in an effort to keep a lid on domestic prices. A senior government official said on Tuesday that the ban could be widened.

“We’ve never really tested this kind of situation,” said James Fry, founder of agricultural commodities consultancy LMC International. “It will be the poorest in big countries or countries in Africa who will almost certainly have to bear the brunt.”

Indeed in sub-Saharan Africa, food expenses already account for 40 per cent of households’ consumer spending, the highest proportion of any region in the world, and more than double the 17 per cent spent on food in advanced economies.

And as prices rise rapidly across the board, including fuel, and tens of millions of Africans are already pushed into extreme poverty by the pandemic, spiking palm oil prices will help force many to make tough choices.

Lucy Kamanja, a beauty industry consultant in Kenya’s capital Nairobi, said a 90 per cent increase in palm-based cooking oil means she’s had to cut down on fruit and household essentials.

“I’m very worried. I don’t know where we’re heading to, because food has almost doubled in price,” she said. “The common person … I don’t know how we’re going to survive.”

Even before the outbreak of fighting in Ukraine, inflation had become a global concern. Food commodity prices climbed over 23 per cent last year, the fastest pace in more than a decade, according the United Nations Food and Agriculture Organization (FAO).

In March the FAO’s global price index for meat, dairy, cereals, sugar and oils hit its highest level since its inception in 1990, after a 12.6 per cent “giant leap” from February.

Cooking oils have been among the products hardest hit.

“The only bright spot, in a way, was sunflower,” said LMC’s Fry.

Then Russia sent its military into Ukraine in February, disrupting shipments from the Black Sea region, which accounts for 60 per cent of sunflower production and over three-quarters of exports, and wiping out a huge share of global supply.

If that wasn’t enough, high crude oil prices – another consequence of the war – have added further pressure to vegetable oil supplies by increasing demand for biofuels.

“You almost couldn’t make it up how bad it’s been,” Fry added. “We have had really almost a perfect storm.”

On March 9, about two weeks after Russia’s invasion, the Malaysian crude palm oil contract that serves as the global benchmark topped out at a record 7,268 ringgit ($1,718) per tonne, nearly double the price a year earlier.

The contract, which jumped more than 9 per cent on Wednesday, has now risen by close to 50 per cent this year.

Culinary tradition aside, the choice of palm oil has also been an economic one for many poor countries, given it has historically been the cheapest of the major vegetable oils.

In March, for the first time, it temporarily became the costliest among the four major edible oils in India, considered a global price bellwether, signalling that the days when Africa’s go-to oil was reliably the cheapest could be over.

While this is straining the nerves and budgets of millions of Africans, like Kamanja in Nairobi and Belem in Abidjan, it is also presenting some opportunities on the continent.

Nearly two dozen African countries grow oil palm on almost 6 million hectares of land, and the sector is a major agricultural sector employer of workers who stand to see their incomes rise.

Sylvain N’Cho runs an oil palm mill an hour east of Abidjan and estimates his revenues are up around 20 per cent over the past year.

“We’re not the only ones reaping the benefit of the increase in palm oil prices. Part of it goes to the farmers,” he said as heavy machines loaded bunches of red palm fruit onto a conveyor belt.

Jerome Kanga, who farms two hectares near the Ivorian town of Adiake, said he was disappointed by the prices he was getting when he started producing three years ago.

“But since December, and especially in February and March, it’s been more interesting. There’s been roughly a 20 per cent increase,” he said.

Yet the number of people getting ahead is dwarfed by those feeling the squeeze.

Africa consumes significantly more palm oil than it produces in a global market dominated by Southeast Asia. Even in Ivory Coast, one of just a handful of net palm exporters, N’Cho conceded that consumers are in for pain.

Ann Obanih, who runs a small food shop in Lagos, Nigeria, said the price of the refined red palm oil she buys to resell has gone up roughly 20 per cent in the past month alone.

“Everyone is complaining, as if we’re the ones adding the money. We’re selling according to how we bought it,” the mother-of-six added. “I don’t even know how to cook without palm oil.”