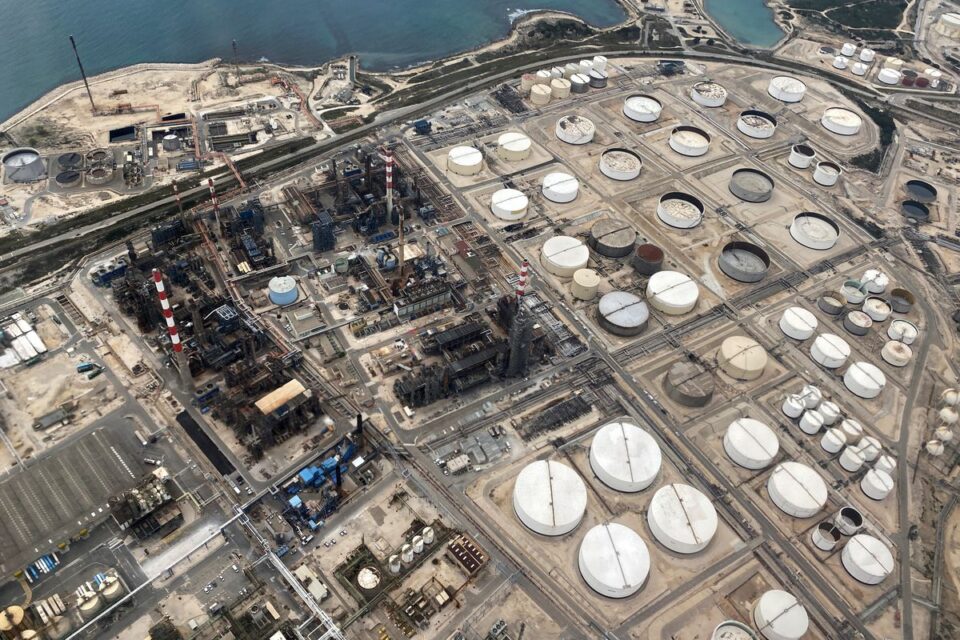 Oil prices bounced on Wednesday ahead of an announcement by the US Federal Reserve and further sanctions on Russia by the European Union, offsetting demand worries in top importer China.

The gains came on the back of news from Tuesday that the European Union would slap new sanctions on Russia for waging war on Ukraine.

European Commission President Ursula von der Leyen is expected to spell out the proposed new sanctions on Wednesday, including a ban on imports of Russian oil by the end of 2022, officials said.

Investors are also waiting for an announcement from the Fed on Wednesday. It is expected to intensify efforts to bring down high inflation by raising interest rates and reducing its balance sheet.

Oil “prices remain in a holding pattern ahead of EU sanctions and the Fed”, Stephen Innes of SPI Asset Management said in a note.

In the United States, crude and fuel stocks fell last week, according to market sources citing American Petroleum Institute figures. Crude stocks fell by 3.5 million barrels for the week ended April 29, they said. This was more than an expected 800,000-barrel drop estimated in a Reuters poll.

US government data on stocks is due on Wednesday.

Oil prices fell more than 2 per cent on Tuesday on demand worries stemming from China’s prolonged COVID-19 lockdowns that have curtailed travel plans during the Labour Day holiday season.

The global manufacturing purchasing managers index contracted in April for the first time since June 2020, with China’s lockdowns a key contributor, Caroline Bain, chief commodities economist at Capital Economics said in a note.

“The big picture is clearly negative for commodities demand,” she said, adding that rising inflation and higher interest rates were starting to bear down on spending.

“While supply constraints may keep commodity prices elevated for some time yet, we think subdued demand will weigh on most prices later this year and in 2023,” Bain said.

On Thursday, the Organization of the Petroleum Exporting Countries and their allies are expected to stick to their policy for another monthly production increase, although the group, known as OPEC+, undershot output targets between October and March, except for February.

Man with hunting rifle in park remanded in custody