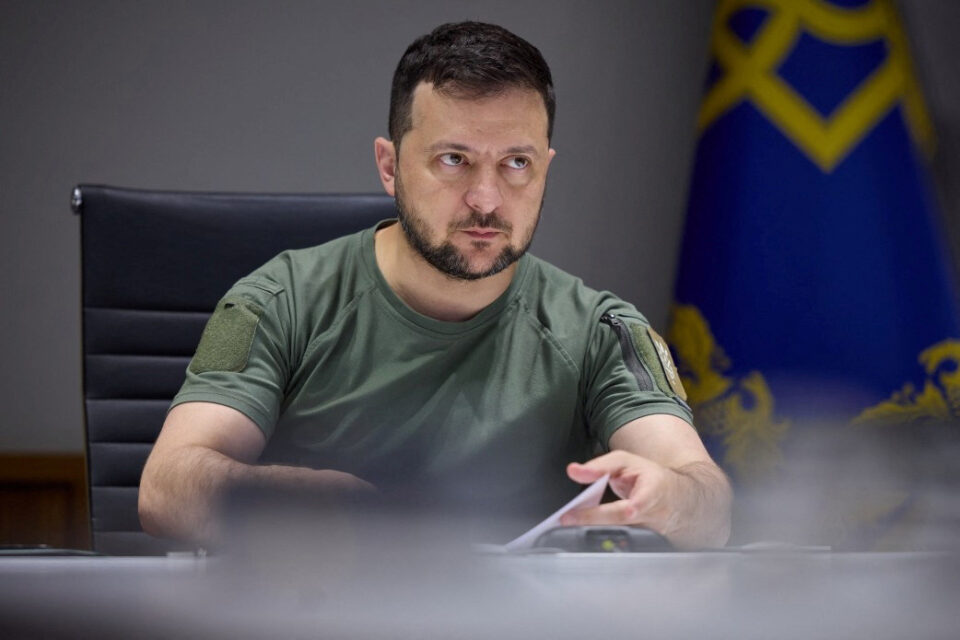 Unlike their leaders who love grandstanding on the world stage, most people are not prepared to pay any price in support of Ukraine

Being the British prime minister has its ups and downs. One minute you are rubbing shoulders with world leaders in Bavaria and Madrid making important policy statements about Russian belligerence and mocking Vladimir Putin for his toxic masculinity, the next you return to London to headlines about intoxicated groping by a member of your government.

The groper is one Chris Pincher and he was deputy chief whip, the sado-masochistic name given to an assistant party manager in the UK parliament.

The whipping of MPs derives from fox hunting in which a hunt assistant whips the hounds to prevent them from going on a scent of their own the better to chase as a pack and tear the poor fox apart.

Fox hunting is obviously cruel to the fox and was banned by New Labour in 2005. However, despite the ban, fox-hunting nomenclature as it applied to MPs remained.

Pincher attributed his inappropriate behaviour to having drank too much, which is the truth but not the whole truth. He was indeed legless but as he has form for sexual assault, it is not true that the groping was the fault of the demon drink.

Still he was a proud drinker and praised the Bloody Mary cocktail – Vodka, tomato juice, Worcestershire sauce, a drop of Tabasco, salt, pepper, ice and a slice of lemon – as a drink for all hours, with which I agree completely as it is my favourite cocktail on early morning flights.

So it is curtains for Pincher and embarrassing for Boris Johnson who sounded his usual foolish self when he said in Madrid that President Putin would not have been as aggressive in Ukraine had he been a woman, forgetting the Iron Lady was one Margaret Thatcher. Earlier at the gathering in Bavaria he joked about the Russian leader’s 2010 picture horse riding bare-chested, which was not funny and a bit ugh!

President Putin hit back saying the western leaders would look disgusting bare-chested, which, to be fair, is not true of all of them. The BBC for its part mocked the long tables in the state rooms attended by Putin for fear of contracting Covid compared to the tactile proximity of Boris Johnson and Emmanuel Macron and the cosy round table western leaders gathered round in Bavaria.

All this would be amusing if it were not for the fact that innocent civilians are dying in Ukraine and young soldiers are sacrificing their lives in one of the stupidest wars in recent history.

And when I say stupid, I mean really stupid by both Russia and Ukraine. Putin went to war to prevent Nato expansion close to Russia and ended up with Finland and Sweden joining Nato, the Baltic Sea a Nato lake and a new defence doctrine branding Russia as the greatest threat to western security since the end of the Cold War.

President Zelenskiy went into a war that is destroying his country for the right of Ukraine to join Nato knowing it was not on the cards this side of the 21st century. Why not just reassure Russia that Ukraine would not join Nato and move on?

Ukraine asked Nato for 5 billion US dollars a month to sustain her economy during the war that president Zelenskiy thinks will end by next winter. He had to set a date around winter because he knows that Ukraine fatigue has set in domestically in Europe and North America.

Unlike their leaders who love grandstanding on the world stage, most people are not prepared to pay any price in support of Ukraine. Fatigue is borne of the cost of living and inflation crisis the war is causing and a feeling that it has reached a stalemate and should fizzle out soon before winter sets in.

The expectation then is that Russia will return to a normal relationship with most of Europe except a few Russophobe states in the Baltic with surplus distrust of Russia.

The next flashpoint is indeed in the Baltic and needs to be nipped in the bud. Across the Baltic Sea tucked away between Lithuania and Poland, lies Kaliningrad, a little corner of the world that remained Russian after the collapse of the Soviet Union in 1991.

It is an exclave of Russia surrounded by two former satellite states of the Soviet Union that became member states of the EU and Nato, which are about to make the same mistake over Kaliningrad as they did over Ukraine.

It is not for us to reason why Kaliningrad remained part of Russia. It was annexed after the defeat of Nazi Germany in 1945 but its status was left hanging until 1991 when Germany let Russia keep it in exchange for German reunification.

When Lithuania joined the EU in 2004, specific agreements were made between Russia and the EU for a Russian corridor through Lithuania to Kaliningrad free from EU control.  Realpolitik dictates that Lithuania and the European Commission adopt a light touch in the enforcement of the EU sanctions regime on Russian goods in transit.

Given the unique circumstances of Kaliningrad, it would be possible to deem sealed goods transiting through Lithuania to Kaliningrad as free of the sanctions regime as the exception that proves the rule that sanctions have to be enforced.

There is a precedent for sealing trains in time of war.  Vladimir Lenin’s train from Switzerland through Germany, at war with Russia in the Spring of 1917, was sealed until it reached Sweden from where it travelled to Finland and then to Petrograd.