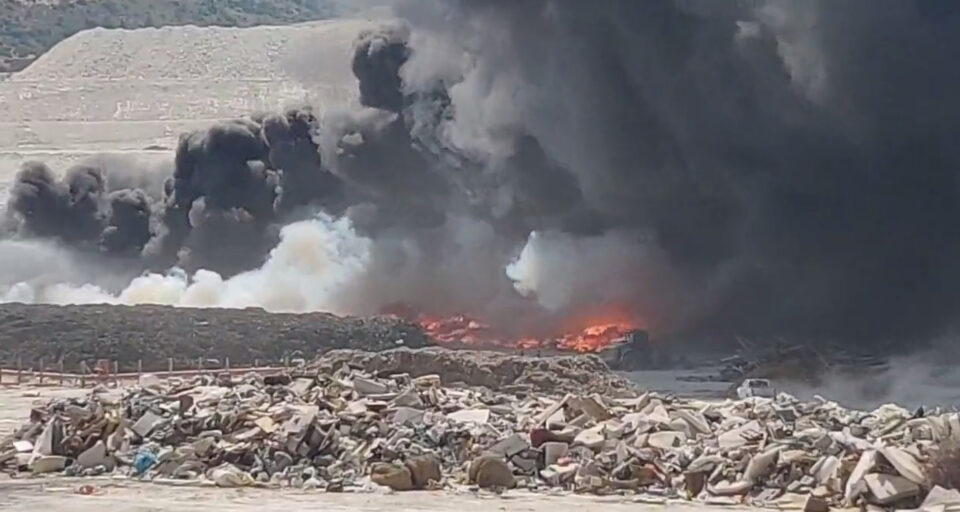 The federation of environment organisations on Tuesday gave full backing to Vasilikos communities as they prepare to step up protests over health and ecological risks in their area.

Residents of the nine communities will on Wednesday block the entrance to the electricity authority’s power station for an hour, before moving their protest to the waste management site at Pentakomo which they say they plan to blockade indefinitely.

The protest has been called by the coordinating committee which says it is fed up with promises and wants to see action to address their concerns.

They have found an ally in the FEO, which on Tuesday issued a hard-hitting announcement, echoing concerns about the impact on the environment and human health from the burning of waste at the landfill, in an area already under extreme environmental pressure from the over-concentration of heavy industry.

The nine communities have for years been campaigning to stop the relocation of additional industrial plants to the area, most recently of three cement factories, while lobbying for stringent adherence to the health and safety rules and a local fire station.

The two fires, one of tyres intended for recycling last month and the other at the landfill over the weekend, only enraged them further, prompting them to call on the agriculture minister to resign and the decision to blockade the waste facility.

The FEO, which brings together 22 local NGOs, said the June 11 fire only proved that the dangers of the environment, public safety and health resulting from the over-concentration of heavy industry in the wider Vasilikos area were not just theoretical but real.

Moreover, the continuing and uncontrolled burning of waste in the area has brought to the fore the problem with the serious operational problems of the facility, the resulting stench, and the inability to enforce environmental legislation, it added.

The waste facility has been in operation since November 2017, handling all the municipal waste for Limassol, replacing the Vati site which was closed. However, handling of waste there has been problematic and despite a number of studies carried out, corrective action has not been taken to ensure it operates in line with specifications, the FEO stressed.

Moreover, the site does not operate in line with EU recycling regulations, or with the project’s description and the conditions of the environmental approval given, nor is it well maintained, the announcement added.

Given that it was co-financed by the EU’s cohesion and structural funds, the problems have already led to the EU bringing a new infringement procedure against Cyprus.

“Based on the above, the FEO supports the justified demands of the coordinating committee of the nine communities of the Vasilikos area,” it said.

Finally, the federation demanded immediate measures to end the poor operation of the Pentakomo waste site and the effective implementation of environmental legislation.