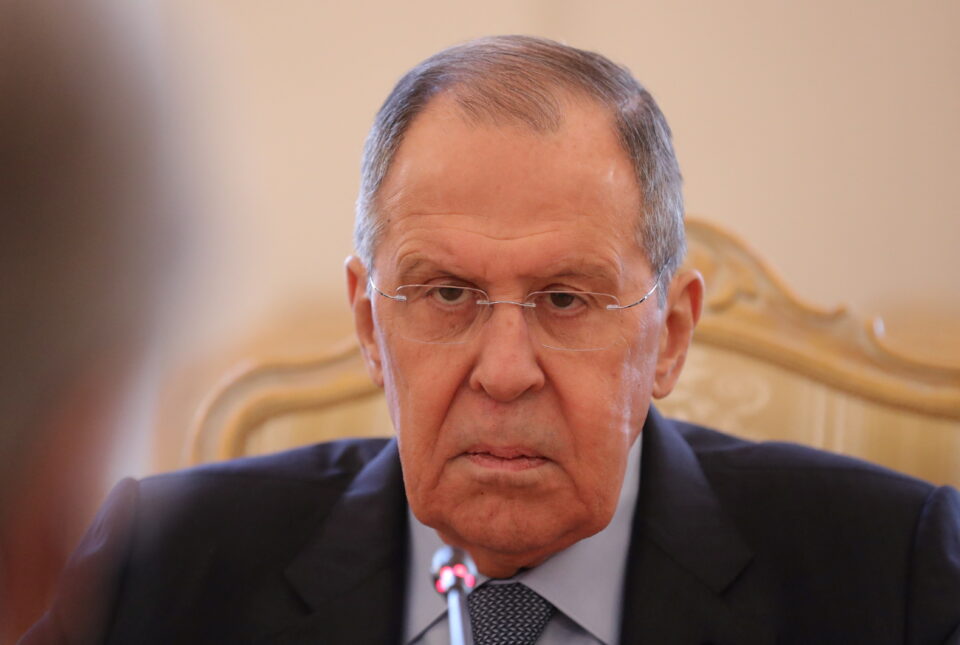 Russian Foreign Minister Sergei Lavrov visited Congo Republic on Monday, the second leg of an African tour aimed at strengthening Moscow’s ties with a continent that has refused to join Western condemnation and sanctions over the Russian invasion of Ukraine.

African countries, which have a tangled legacy of relations with the West and the former Soviet Union, have largely avoided taking sides over the war in Ukraine. Many import Russian grain and increasingly energy too, but they also buy Ukrainian grain and benefit from Western aid flows and trade ties.

Africa is also being courted by the West this week, with French President Emmanuel Macron due to visit Cameroon, Benin and Guinea-Bissau and U.S. Special Envoy for the Horn of Africa Mike Hammer on his way to Egypt and Ethiopia.

Lavrov has already visited Egypt and will head from Congo to Uganda, then Ethiopia, where African Union diplomats said he had invited ambassadors from several member states to a private meeting on Wednesday, dismaying Western donors.

An invitation letter from the Russian ambassador to Ethiopia and the AU, sent to a number of African ambassadors and seen by Reuters, said the goal of the meeting was to deepen cooperation between Russia and African states.

Two AU diplomats who spoke on condition of anonymity said the planned meeting, which would coincide with Hammer’s visit, was causing friction among Western donors because it signalled a pivot towards Russia.

Spokespersons for the AU, which is based in Addis Ababa, and for the Ethiopian foreign affairs ministry did not respond to requests for comment.

In a column published in newspapers in the four countries included in his tour, Lavrov praised Africa for resisting what he called Western attempts to impose a unipolar world order.

“We appreciate the considered African position as to the situation in and around Ukraine,” he wrote in the column, adding that African countries had come under “unprecedented” Western pressure to join the sanctions.

In Congo Republic, a small oil-producing former French colony north of the much larger Democratic Republic of Congo, Lavrov visited President Denis Sassou Nguesso, who has been in power since 1979, with a five-year gap from 1992 to 1997.

In a statement, Lavrov’s spokeswoman said this was the first visit by a Russian or Soviet foreign affairs minister to the country. She said friendly ties dated back to the Soviet era and that 8,000 Congolese citizens had studied in Russia.

Lavrov was expected later in Uganda, where President Yoweri Museveni has a long history of balancing strong relations with Western allies and goodties with Moscow.

Sarah Bireete, head of Kampala-based campaign group the Centre for Constitutional Governance, said Museveni, who has been in power for 36 years, was increasingly keen on Russia because it did not question his government’s record.

“Uganda has strong alliances with the West but they are beginning to question his democratic credentials so Museveni is now running to Russia which doesn’t query his human rights or democracy record,” she said.

Museveni’s son Muhoozi Kainerugaba, an army general widely seen as being groomed to succeed his father, praised Russia on social media shortly after President Vladimir Putin ordered his forces into Ukraine on Feb. 24.

“The majority of mankind (that are non-white) support Russia’s stand in Ukraine. Putin is absolutely right!” he wrote.

Uganda’s state broadcaster said it would carry news bulletins from Russian state-funded channel RT twice a day under a new memorandum of understanding signed with Moscow.

Uganda is among several nations in Eastern Africa suffering from food shortages due to the region’s worst drought in 40 years, plus soaring inflation fueled by the crisis in Ukraine.

Western powers have blamed Russia for the crisis, and last week the United States announced a $1.3 billion package to help tackle hunger in the region. Russia blames Western sanctions for grain supply problems.

Satellite pictures show devastation at Russian air base in Crimea